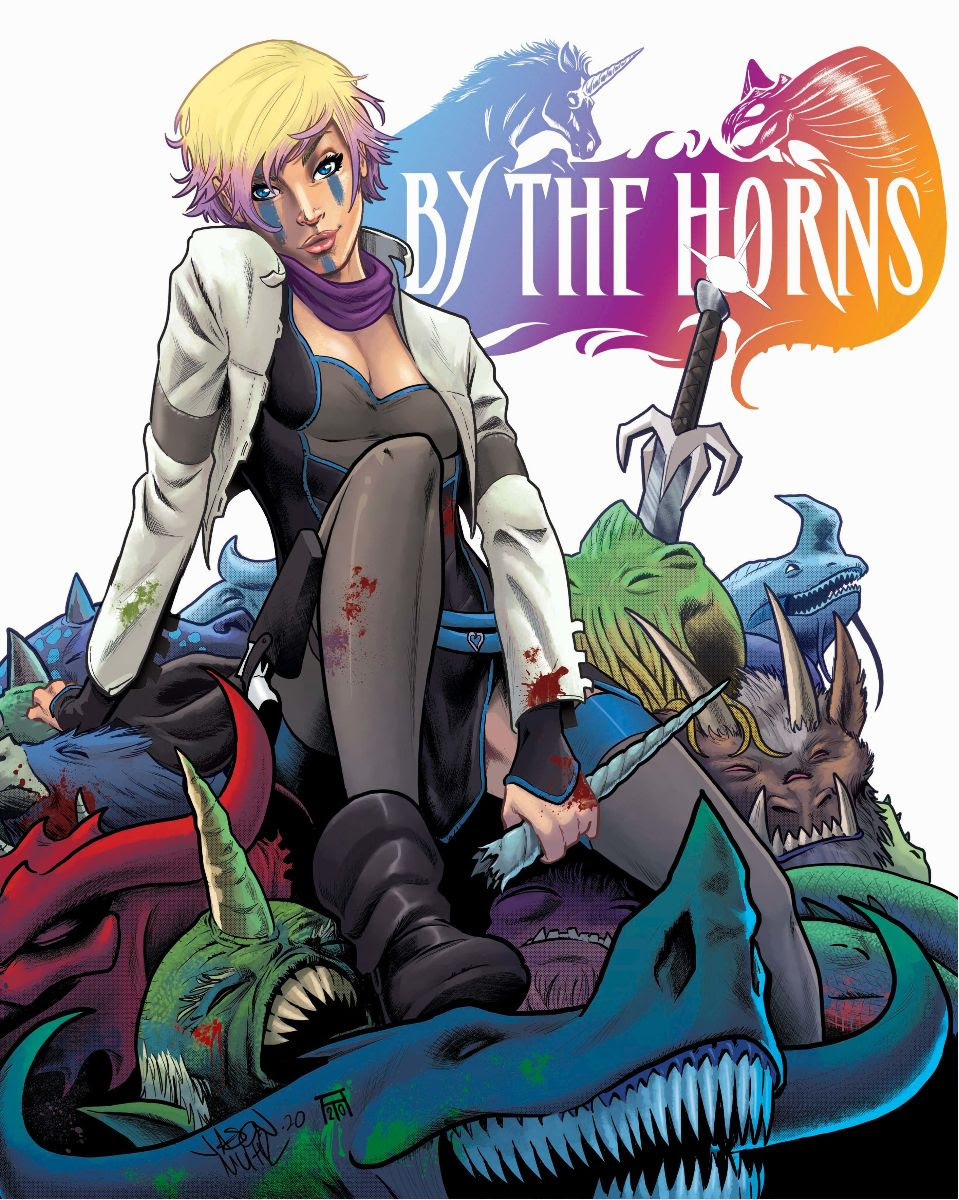 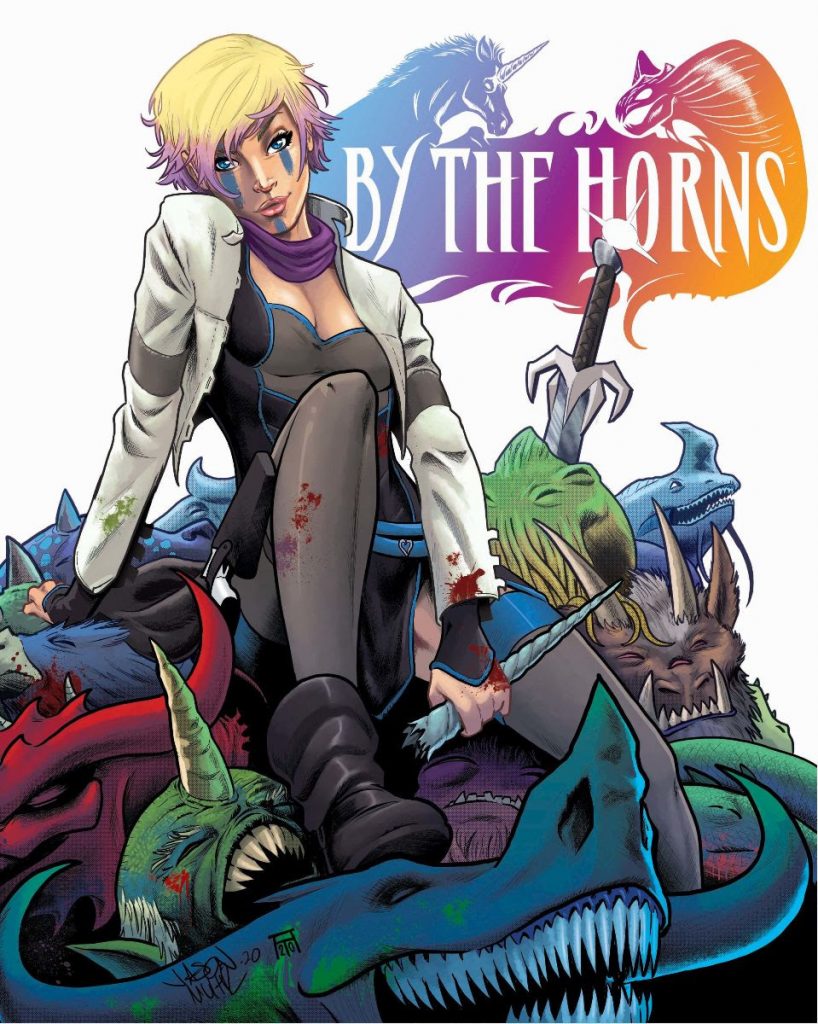 Elodie means to kill every unicorn in Solothus, but to destroy them all she must reluctantly partner with two of their kind, and defeat four sorcerers who are abducting mystical creatures.

That’s the story behind By The Horns, a new series on its way from Scout Comics. From writer Markisan Naso (VORACIOUS, The Comics Journal), artist and letterer Jason Muhr (VORACIOUS, Red Agent) and color artist Andrei Tabacaru (VORACIOUS, Ice Heart).

“I’m so happy BY THE HORNS found a home at a vibrant, burgeoning publisher like SCOUT,” said Naso. “It’s been phenomenal to watch the company grow over the last few years, and release such a diverse line of amazing books. We’re excited that our oddball, fantasy revenge story gets to be a part of that.”

Elodie hates unicorns. For nearly a year, she’s been hell-bent on tracking down and killing all the elusive horned creatures responsible for trampling her husband, Shintaro. Now, exiled from her farming village of Wayfarer for selfishly neglecting her duties, Elodie and her half wolf/half deer steed, Sajen, search the continent of Solothus for clues to the whereabouts of unicorns.

When Elodie discovers that four ancient wind wizards are abducting unicorns and other mystical creatures so they can extract their magic, she means to go through them at any cost to exact her revenge. But she’ll need to rely on an increasingly reluctant Sajen, a floating-eyeball guide named Evelyn, and two unicorn prisoners – Zoso and Rigby – who grant her the ability to rip off their horns and combine them to form wizard-slaying weapons. Will she use their gifts to save the captured unicorns, or destroy them all?

“We can’t wait to show you all the awesome things we have planned for BY THE HORNS,” said Muhr. “I’ve wanted to draw a fantasy/action/adventure book for as long as I can remember, and being able to work with the amazing people at SCOUT to bring it to life has been terrific.”