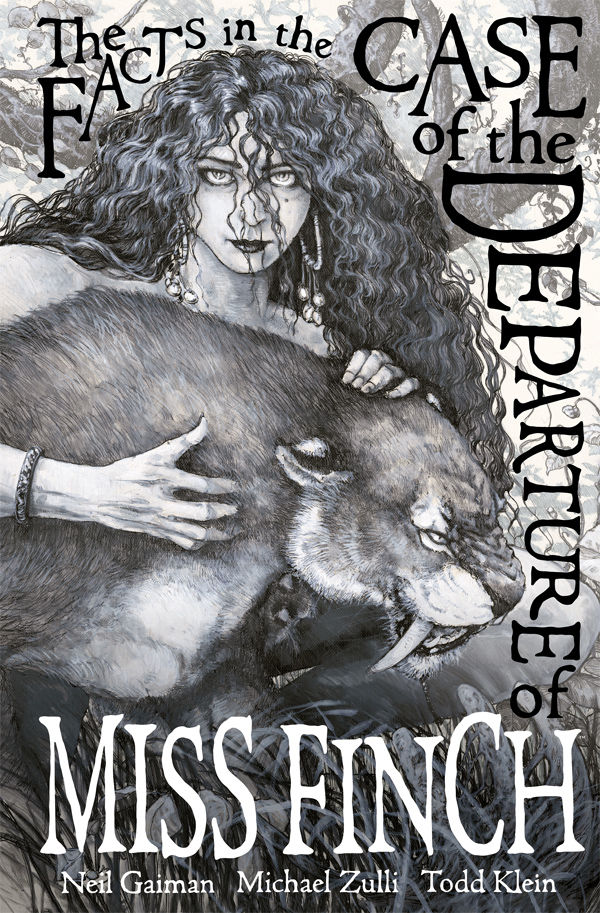 The Facts in the Case of the Departure of Miss Finch is by Neil Gaiman, a name comic book fans and novel fans alike should know very well. The man brought the world his iconic run on Sandman, and shocked the world with American Gods, and that’s just touching on a few of his works.

This story begins with three friends discussing the disappearance of an acquaintance over sushi and quickly escalates to an ethereal tale of imagination and regret.  The main character, whose name is never stated, breaks the fourth wall and seems to talk directly to the reader, where he captures the our attention by beginning the story with the end of the tale; or as he puts it, “So now you know how it ends, all that remains is the beginning and the details.”

The crux of the details is their night out, the main character and friends, Jonathan, Jane, and aforementioned Miss Finch to see the circus, but not any ordinary circus.  This macabre collection of performers includes monsters, devils, and freaks.  At the end of the performance they are minus one.

The artwork by Michael Zulli is classic Sandman, which he also drew with Gaiman’s story telling.  The collaboration is seamless between ink and words.  This is a great story for people who are not familiar with Neil Gaiman’s work, (and if you’re not, shame on you!), as it is a classic example of how he keeps the reader guessing and gives life to the pages he writes.