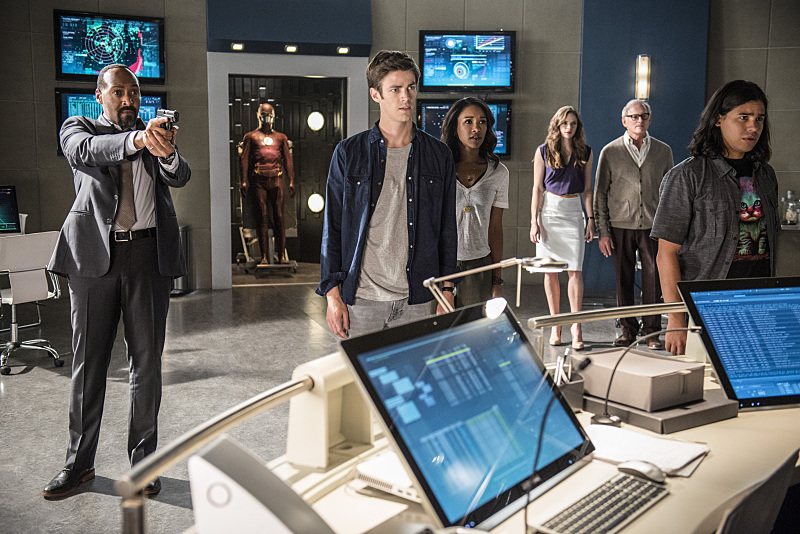 (Victor Valley)—This season of The Flash has brought about a ton of new faces- heroes, villains, supporting characters, and more. This episode, we get a bit of all those with The Darkness and the Light.

Another breacher, as Earth-2 metahumans breaking through to our world are called, has made an appearance- Dr. Light (Malese Jow). But in order to deal with this metahuman, Barry (Grant Gustin) and the gang first have to deal with Dr. Harrison Wells (Tom Cavanagh), well, the Earth-2, slightly more of a jerk version of Wells. But that’s not all, as Barry struggles with asking out new love interest Patty (Shantel VanSanten), and Cisco (Carlos Valdes) deals with rejection and coming to terms with his latent powers.

That’s a lot in one episode, and to no one’s surprise, it all flows nicely. We see Light and her connection to this Earth- and for fans of the comic, we have to wonder if she is really a hero or villain. To see another familiar face from the DC Comics universe was a treat, but she wasn’t the only one to pop up. Of course, we saw more of the villainous Zoom, but we also met Kendra Saunders (Ciara Renee), the barista that Cisco got shot down by, but for fans of the comics might have caught, she has a much larger part to play. It appears that the JSA roster continues to grow.

This episode had action, tension, humor and more. The interactions between Earth-2 Wells, or Harry as Cisco calls him, and Jay Garrick were superb. Mixing two combustible elements like these two really came across great on the small screen. Everything worked well here: Dr. Light looked like an actual costumed metahuman and not someone with a thrown together suit, Barry took a step or two in the right direction, Cisco continued to get good vibes, and Zoom looks more terrifying than ever. With next week’s showdown with Zoom, I am loving the sophomore season of The Flash so far.

Rating: 4 out of 5. This show continues to light up the small screen.