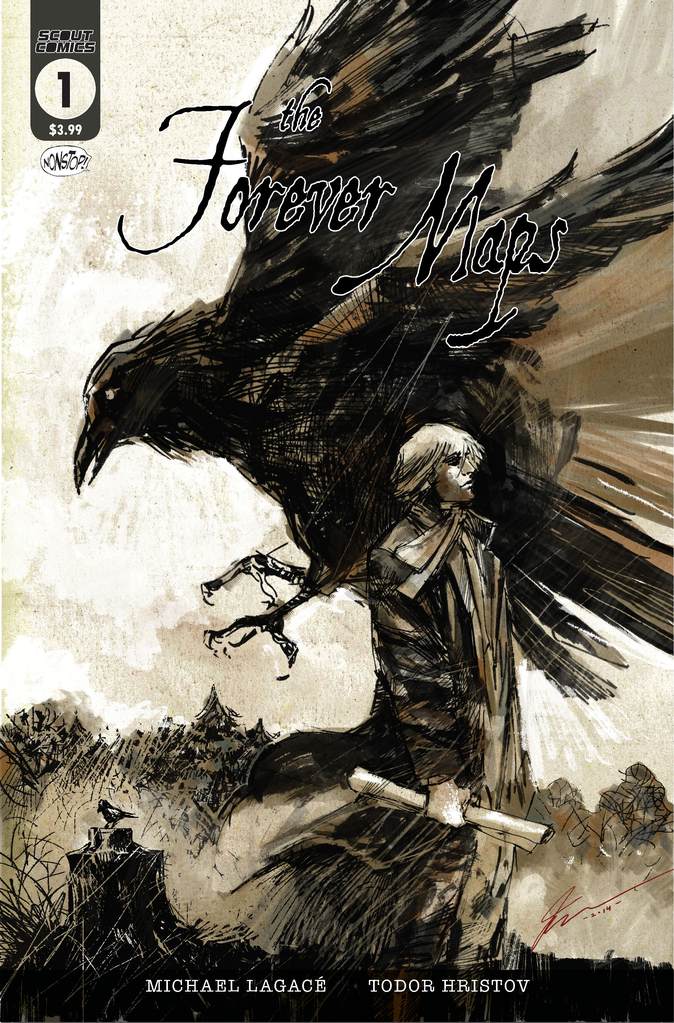 I often seek out books that stand out, that offer something different or unique from what we usually see on the shelves. For this week, one of those books was The Forever Maps #1 from Scout Comics.

Set in 1794 in Canada, we meet John, the son of a cruel political minister, who demands John goes down the same path. One day, as John’s father goes into a violent fit of rage, John leaves. He screams at his mother for allowing this to all happen and runs out, and runs into fate. That is when he finds a troubled older man facing off with a wolf. The man clings to a map, one that John helps him find the destination of. Sadly, it leads to another map, which sends the man in a fit of delirium, as he leaves the map with John.

This puts John on the search for the new destination, which is another map. Then another. The search takes over his life as he gives up on college and doesn’t check in with his parents, a decision he gravely regrets by the end of this issue. But what are the maps’ purpose? What is the destination? Is there a goal at the end, or is the journey the goal?

Lagace crafts a tale that will make you wonder those questions. Without a goal in life, we seem to think we are wasting time. But what if the goal we chase never has an actual ending? Is devoting our lives to this goal worth not standing still to enjoy life? Hristov’s artwork is simply amazing. The charcoal-like quality, the roughness, the dreary backdrop, it is all quite the sight to behold.

I loved The Forever Maps world premiere issue. It brings you into a world of uncertainty and despair and doesn’t let go. By the end of the issue, this book has me thinking of comparisons to my own life. It also has me waiting for the collection of the rest of the story to release later this year! Make sure to jump on board!