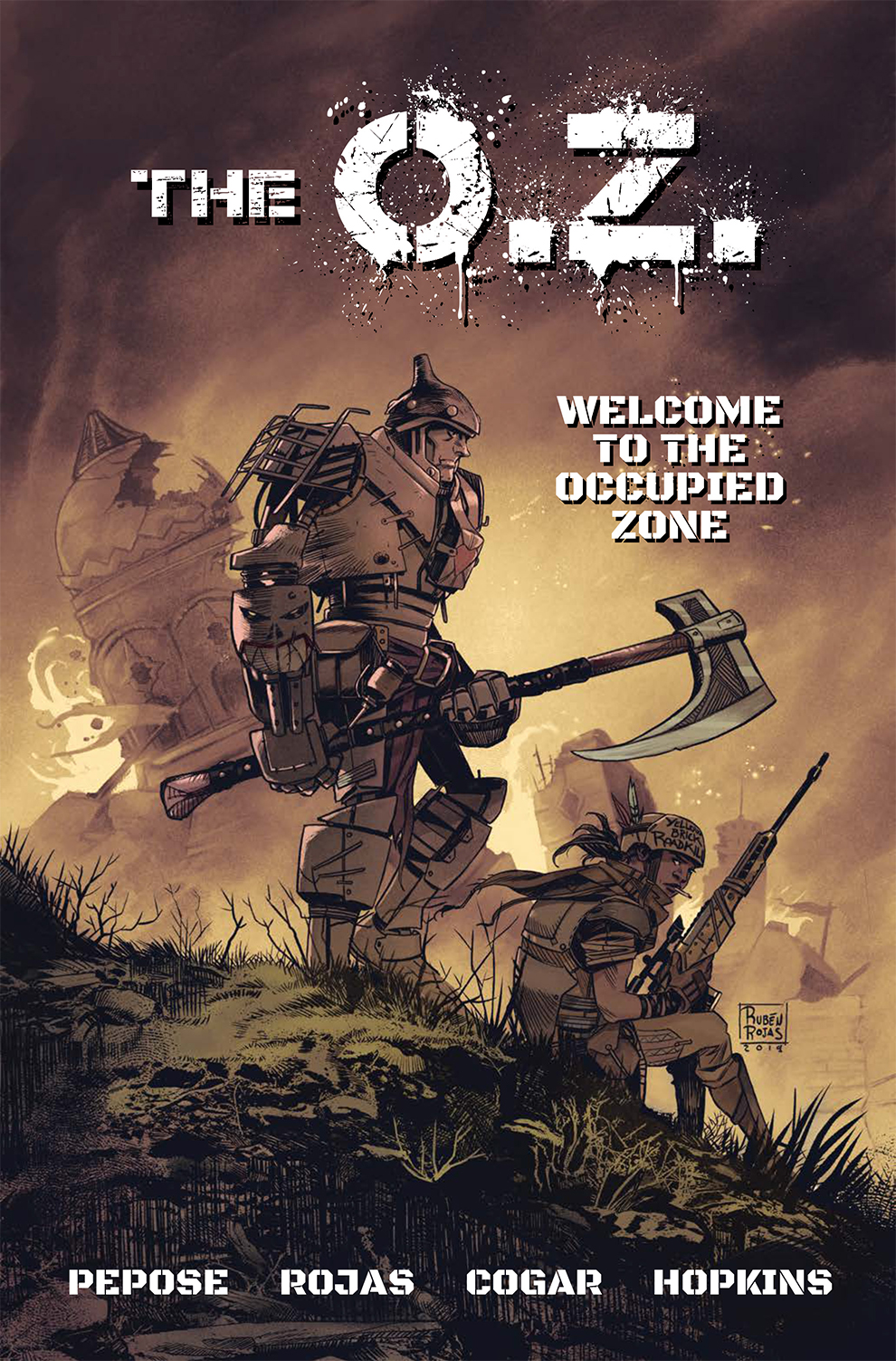 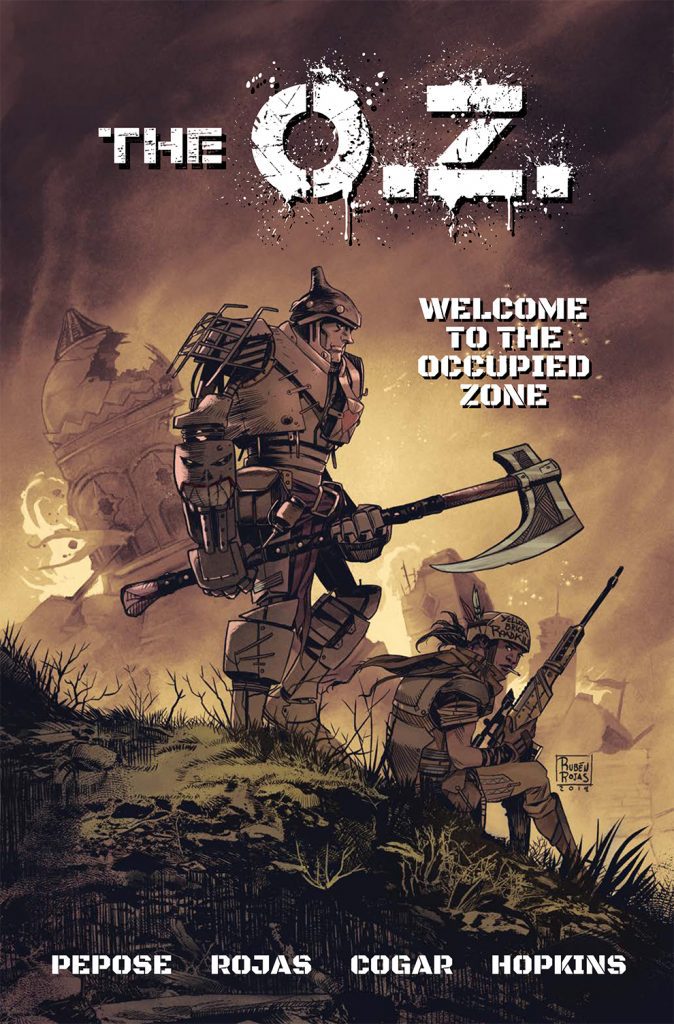 Haunted by her past, a disillusioned soldier must survive the war-torn land of Oz.

What if The Hurt Locker took place in The Wizard of Oz? Find out in THE O.Z., a reimagining of epic fantasy from Ringo Award-nominated writer David Pepose (Spencer & Locke, Going to the Chapel) and red-hot artist Ruben Rojas (Proton). Fans of Mad Max: Fury Road, The Old Guard, and Fables will love THE O.Z., available to order now on Kickstarter!

THE O.Z. follows Dorothy Gale’s granddaughter and namesake, a disillusioned Iraq war veteran who is swept up by a tornado and dropped into the war-torn land of Oz. Forced to confront her past and her grandmother’s unwitting role in igniting this magical battlefield, this new Dorothy will have to navigate the Tin Soldier, the Scarecrow, and the Prince of Lions if she hopes to bring peace to the Occupied Zone… or as the locals call it, The O.Z.

“You’ve seen me tackle crime and romance, but you aren’t ready for our latest twist on epic fantasy with The O.Z.,” said series writer David Pepose. “Teaming up with rising star artist Ruben Rojas, we’re reimagining L. Frank Baum’s iconic Wizard of Oz mythology to explore trauma, guilt and morality during wartime. We’re so excited to show the world this mashup of fantasy, war, and childhood nostalgia that we couldn’t wait another second.”

THE O.Z.’s Kickstarter is dedicated to funding the series’ 44-page first issue, and is the first of three projected campaigns that will bring this 140-page fantasy epic to life. Rewards include:

Find Out What Fans Think of The O.Z.:

“A clever twist on an old story, but more than that. A meditation on how deeply we carry trauma the world inflicts on us, whether that world is real or not.” – Mark Russell (Second Coming, Exit Stage Left: The Snagglepuss Chronicles)

“The O.Z. shines where so many stories stumble: it gives us a beautifully rendered, thoughtfully written update of a beloved classic while managing to actually say something.” – Frank Gogol (No Heroine, Dead End Kids)

“An unflinching tale about the punishing consequences of war, the search for noble leadership, and legacy… this is one Kickstarter you do not want to miss.” – Ernie Estrella (Syfy)

Born in Malaga, Ruben Rojas read his first comic book at the age of five, kicking off his dream to make his living drawing. He finished his Illustration degree in 2010 and won several art contests in his native Spain. His work has been published in Cthulhu Magazine, Rogues! for Amigo Comics, and Proton for Blackjack Press. Follow him on Twitter at @ruben__rojas.

DC Hopkins is a professional comic book letterer and designer who has worked with a wide variety of clients ranging from Eisner-nominated indie projects, to major publishers such as BOOM! Studios, DC Comics, IDW, Dark Horse, Image, Humanoids, Tor, Disney, Oni, and more. In addition to being a freelancer, DC is also a proud staff member of Deron Bennett’s AndWorld Design studio. Follow him on Twitter at @dc_hopkins.