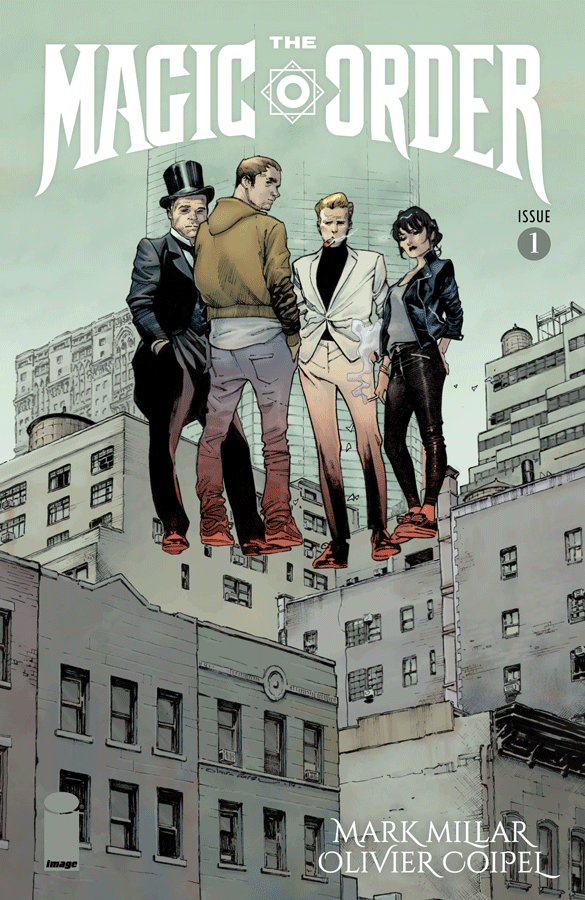 Magic has been all the rage for years now. Harry Potter made magic a phenomenon, and rightfully so. But with Image Comics, and in partnership with Netflix, new mature readers series, The Magic Order, there are no magical schools, no room for learning the ropes: in this debut issue, we see the dark and violent side to the mystical side of magic.

From Mark Millar, Olivier Coipel, Dave Stewart, Peter Doherty, and Melina Mikulic, this kick-off to the latest Millar mini-series is nothing short of outstanding. The book centers around the Moonstone family: Cordelia, the loose cannon, Leonard, the father, Regan, the prodigal son, and Gabriel, the son that left the life of magic. It kicks off with the assassination of a wizard, a former member of The Order, an organization that protects the world from the unimaginable. The assassination is nothing short of disturbing, as is The Ceremony of the Broken Wand for the fallen wizard, which gets some very unwelcome guests. By the end of it, we see that some evil is at play, evil and powerful.

I love the family dynamic here, with Cordelia being my favorite at the moment. To see this family, which all seem to be very skilled in the art of magic, all going down very different paths makes for a very interesting tale. How long has The Order been around? How did they learn the art of magic? Why are wizards being hunted down? This book opens up a literal spellbook of ideas, and I cannot wait to see which way it all goes.

I have been a fan of Millar for a long time now, and with The Magic Order, he once again shows why. Coipel’s artwork looks so amazing here, crafting this moody, cool world of wizards and danger, and with Stewart’s coloring talents, it makes the book just spring off the page. The Magic Order delivers, amazes, and sets the stage for the Netflix partnership. Now if we can see a TV series of this book, that would be… magic.