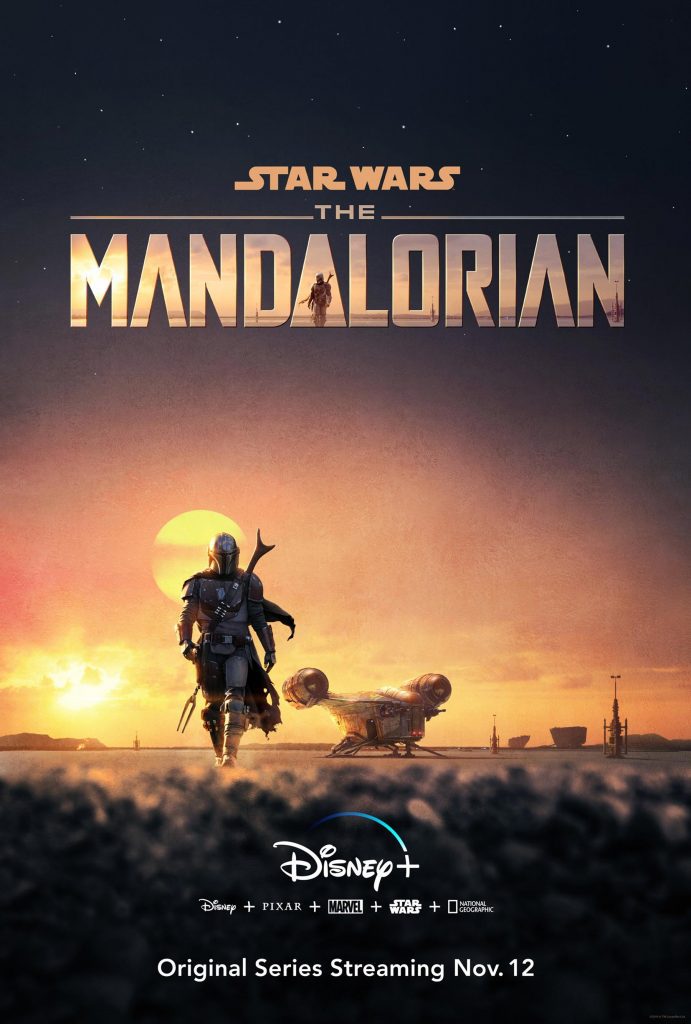 Disney Plus finally arrived this week, and along with it came the first live-action series based in the Star Wars universe, The Mandalorian.

Following in the footsteps of Boba and Jango Fett, a new Mandalorian emerges in a galaxy far, far away. The show takes place after the fall of the Empire, but before the rise of the First Order. The first episode follows the new hero as he is tasked with the retrieval of a mysterious bounty, one that has eluded even the best of the best. We follow him on his journey as he retrieves it, and it’s quite a surprise what he finds.

At a mere 39 minutes, it feels like it fit a lot more into its premiere episode than it should have been able to. The great thing about a show like this is that there doesn’t have to be a lot of world-building, the rules have been in play since Star Wars first came out in 1977. Over the years, we have seen the universe expand in several mediums, including films, animated tv shows, books, comics, video games, you name it. The show doesn’t need to set all of that up, and we can get right into the story.

The story itself is off to a promising start. It’s a simple story, about a bounty hunter after a bounty. There is a lot of mystery when it comes to who the Mandalorian is. We slowly find out more about him, but still left with questions about his identity. The bounty he is after is another mystery altogether, and yes, we do find out what it is, but it opens up more questions. It’s a pretty basic set up for the series, but one that I’m sure is going to expand in future episodes.

Pedro Pascal plays the titular character, although you wouldn’t know it. He is wearing the Mandalorian suit the whole episode, including his helmet. I’m not sure how that is going to play for the rest of the series. I think a lot of people are going to have a hard time forming an emotional bond with a character whose face is obscured the whole time. He does a great job portraying the new Hunter though, from the way he walks to the way he delivers his lines, it’s very much in this world. Warner Herzog plays the man who hires him to retrieve the bounty, and what can I say? He’s Warner Herzog. Such a recognizable voice, he’s a great addition to the cast — Carl Weathers and Brian Posehn cameo, as well as Taika Waititi as the voice of IG-11.

The aesthetics of the show feels like classic Star Wars, but with a western twist. There aren’t any lightsabers to speak of, and the heroes of the show are questionable at best. We don’t know their motives or what they really want, and we get to explore the seedy underbelly of the universe a bit more. Like the great westerns, there is a real grit to it, and it feels like what has come before, but different enough to make it stand out.

The first chapter, directed by Dave Filoni and produced by Jon Favreau, was a huge risk for Disney. As one of the flagship products of their new streaming service, a lot was riding on it. I’m happy to say that it succeeds in everything it set out to do. It’s not only a great new Star Wars series, but it’s also a great new television series. I can’t wait to see where it goes. Make sure to check it out only on Disney Plus. New episodes drop every Friday.

1 thought on “The Mandalorian Review”