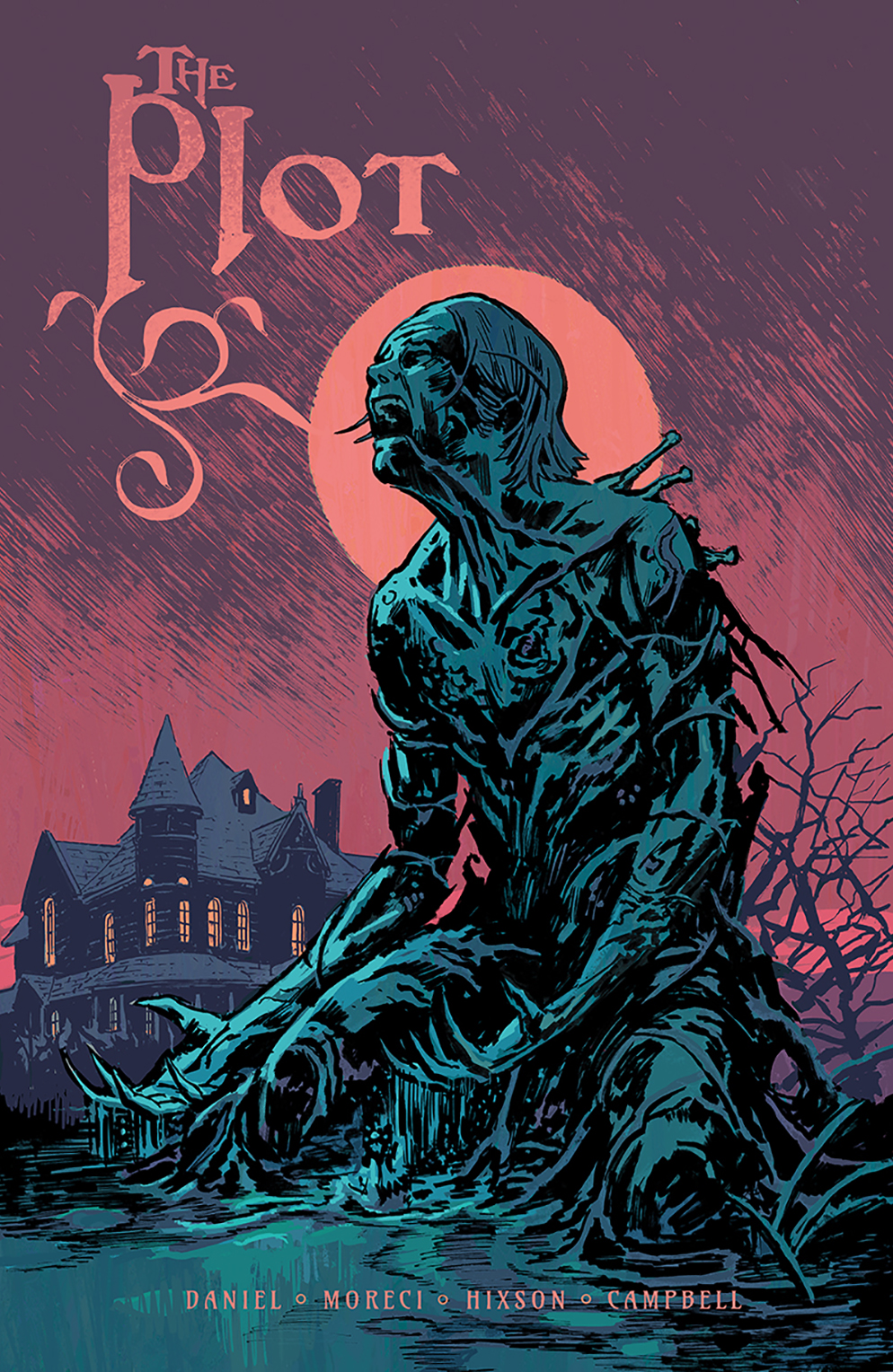 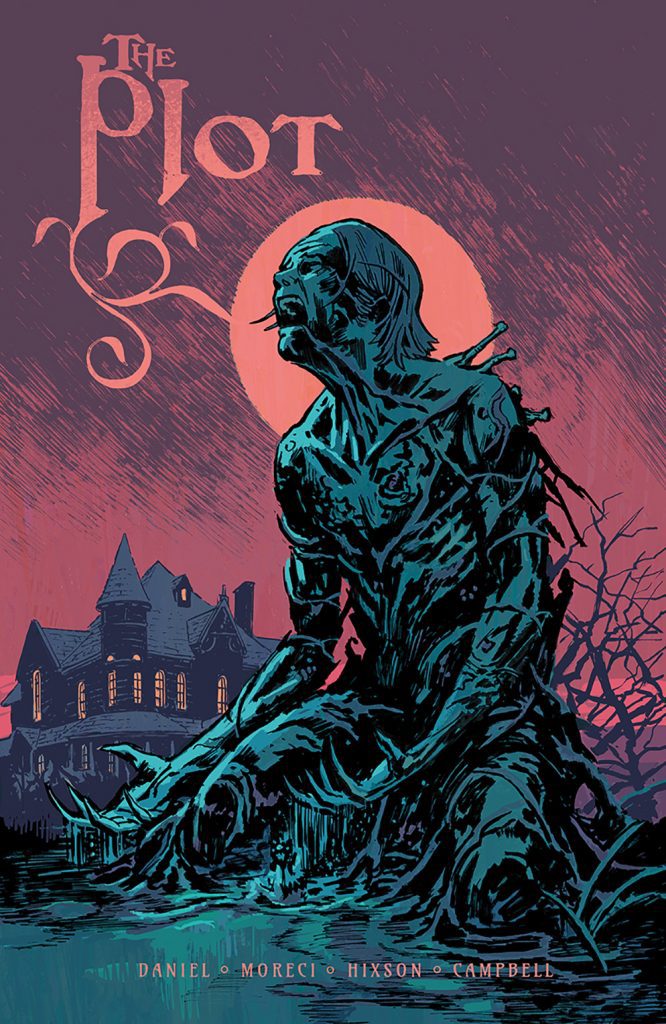 Halloween time is almost here, and that means good horror stories. For Vault Comics, that means the launch of their new Nightfall line. Intended to introduce horror-themed comics from September to December, the line starts strong with The Plot #1.

Written by Tim Daniel and Michael Moreci with art by Joshua Hixson, This book will creep you out. The guiding thought behind this title is “in order to receive; first you must give.” This was the driving thought from Chase Blaine’s father, who became a highly successful entrepreneur. But when he passed the company went to Chase’s brother and sister in law, who both met a horrible death at the hands of a monstrous being. Now Chase, who is more of the black sheep of the family, takes his brothers’ kids to live with him at the family estate. But something creepy and evil resides there and looks to be already unhappy with the new tenants.

The book oozes out horror and mystery. Hixson’s artwork is perfect for such a dark and eerie book. Daniel and Moreci craft an excellent first issue that introduces the world, but not quite everything in it. With the guiding thought being, “to receive first, you must give,” it makes you wonder at what cost the Blaines became so wealthy and successful. Plus, this monster, with a noose around its neck, seems to abide by the same thought. What did he give, and who received?

This is a fantastic first issue, it pulled me right in, and didn’t let go until the cliffhanger at the end. The Plot is the perfect start to the Halloween season, not pumpkin spice drinks and candles. This mature readers book should not be missed, as Vault continues to release amazing, original titles that cover any genre. Make sure to pick up your copy!