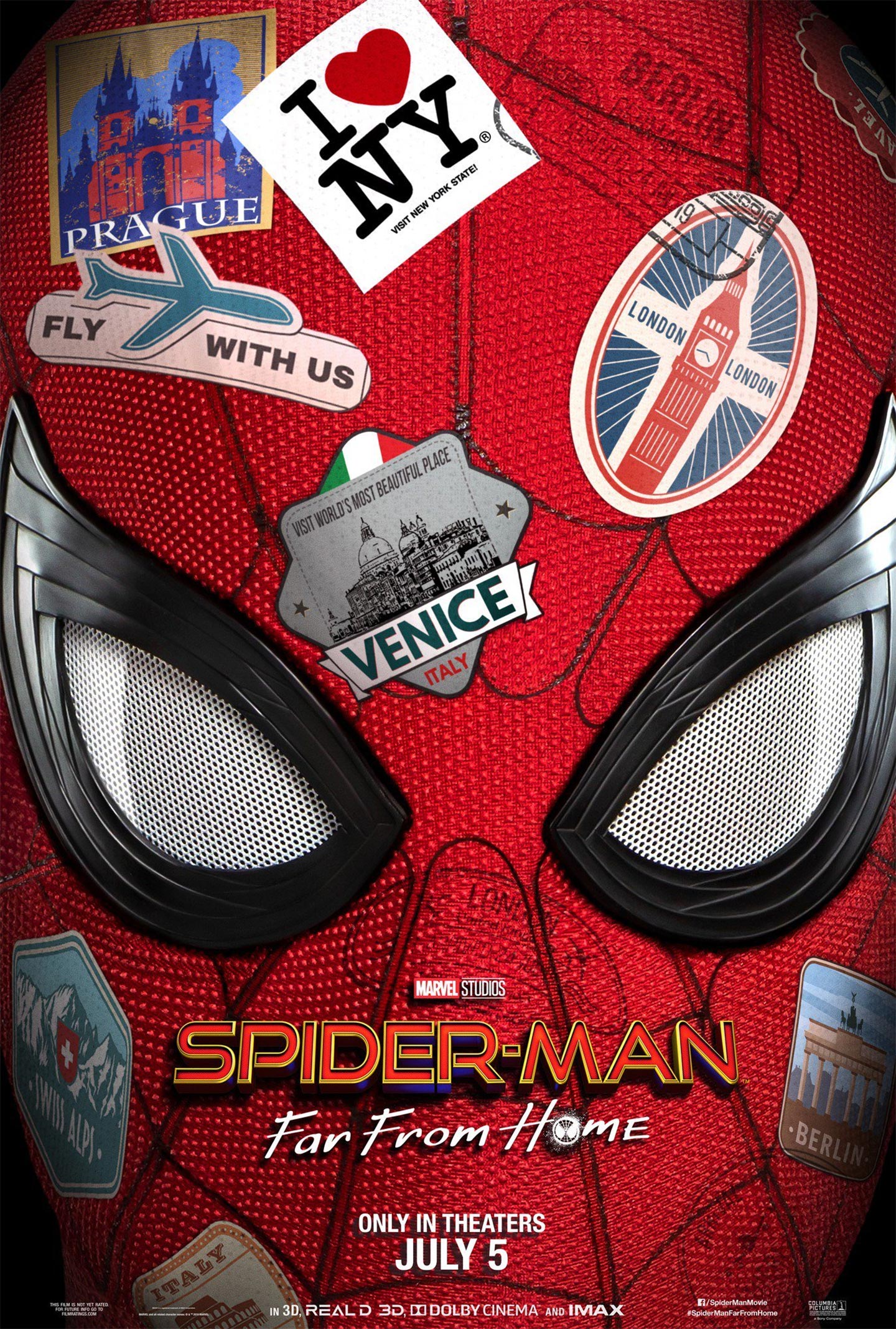 After the record-setting and status quo changing Avengers: Endgame, the Marvel Cinematic Universe moves into the aftermath with Spider-Man: Far From Home. In a world without Iron Man, can Spider-Man step up to fill the void, and does he even want to?

From Director Jon Watts, the same director behind Spider-Man: Homecoming, this film takes place after the “blip” from Thanos’ snap in the Avengers films. Spider-Man (Tom Holland) lost a mentor in Tony Stark, so like the rest of the world, he struggles in finding a way to move on. A class trip overseas sounds like a great way to take his mind off of superheroes and back into the life of a high school student.

The European trip puts Peter Parker out of his element with his classmates Ned (Jacob Badalon), MJ (Zendaya), Flash (Tony Revolori) and more. But when the mysterious Nick Fury (Samuel L. Jackson) appears to recruit Spider-Man’s help, all Peter’s plans go up in smoke. Speaking of smoke, the enigma known as Mysterio (Jake Gyllenhaal) appears to shake up the status quo, for Spider-Man, and for the world.

The movie takes some twist and turns, and ultimately, it’s a high school trip with Peter trying to find his way in the world, both as a hero and as a young man. It’s his choices, and his mistakes, that shape what happens in the film. Mysterio is a fantastic character, but if you are familiar with the comics, you see the twist coming. Gyllenhaal is a tremendous addition to Spider-Man’s cast of characters and sets the stage for a particular supergroup to form. The fight scenes involving Mysterio and his powers steal the show for me, as it is like a comic page come to life. Holland is my favorite big screen Spider-Man: the brainy and awkward Peter Parker is once again brought to life perfectly. Another stand out in the film has to be Happy Hogan (Jon Favreau), who adds more to the movie than Nick Fury, in my opinion.

With two game-changing end credit scenes that propel the Marvel Cinematic Universe (MCU) to the next phase, Spider-Man: Far From Home is a fantastic outing, and a great film to lead the charge for the future of the MCU.

1 thought on “The Spider-Man: Far From Home Review”