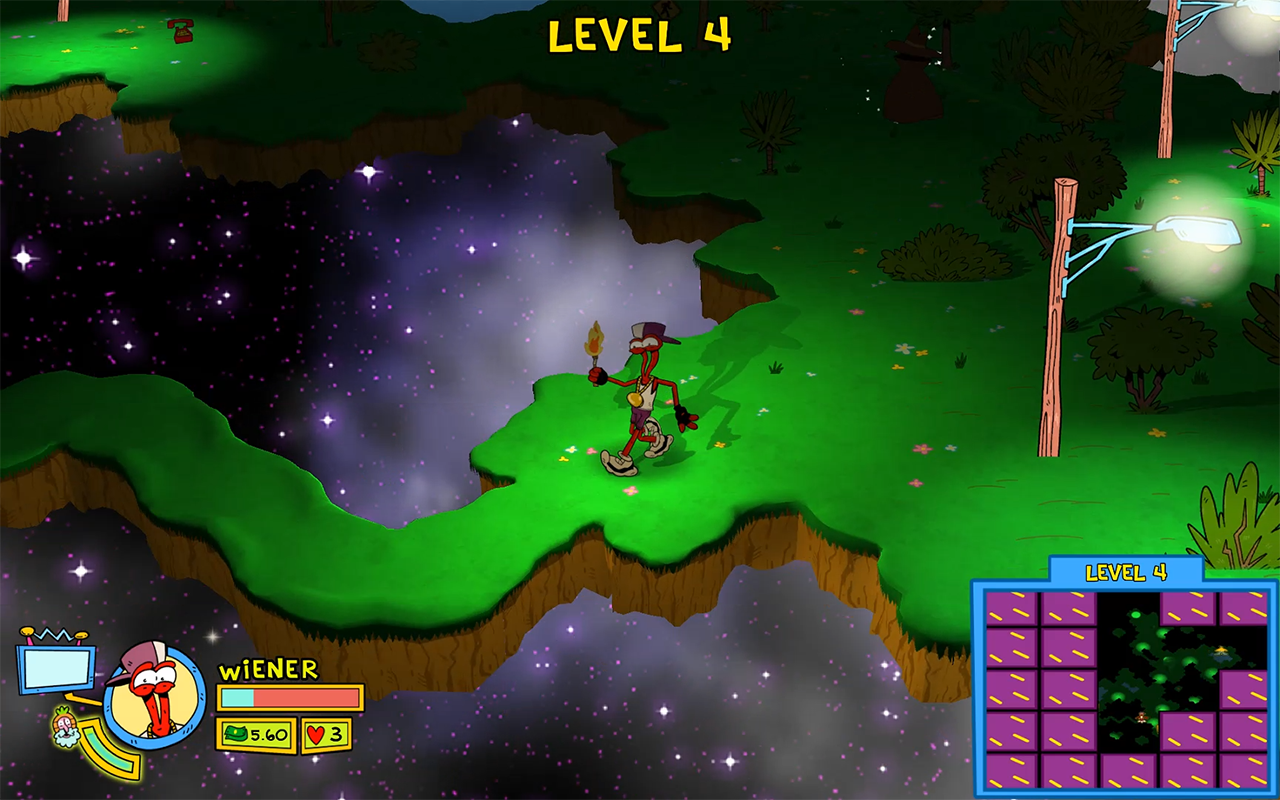 If you never got the chance to play the original Toe Jam and Earl on the Sega Genesis, way back in 1991, don’t worry because most didn’t. It was an odd looking game whose success has always been mixed. That’s not to say it didn’t gain a cult following. For a time it was even one of Sega’s mascots and received a few sequels, all of which went on to receive the same level of mixed success. It has been re-released multiple times on newer platforms, but to this day is still considered a sleeper hit. Thanks to Kickstarter, and the support of many dedicated and loyal fans of this strange but groovy series, it’s back and funkier than ever.

Toe Jam and Earl, along with their two groovy girls, crash land on Earth(?) and must navigate randomly generated floating lands full of people and things so weird it makes someone trying to run you over with a lawnmower seem like a regular thing. If you’re looking for an action-packed thrill ride, this is not it. If you’re in the mood to sit back, chillax, and enjoy a groovy atmosphere all while romping around a hilarious world than this is the game for you. Honestly, I think everyone should check this game out if only to experience the madness for themselves. It’s unlike any game you will ever play, and that’s kind of a bad thing.

Each playthrough will be different, with each map being unique on each playthrough. Earth is full of funky characters. Some are good, like the old man in a carrot suit that helps you level up when your experience bar hits max. There’s also a wizard who will heal up your health for cash, as well as a Viking opera singer who can sing your enemies away. Then you have your enemies, like the aforementioned lawnmower manslaughter man, or an evil cupid who shoots arrows at you, just to name a few. There are also fun minigames, like rolling dice with Dungeons and Dragons geeks, or an old dance off mode that has made its way back from the original. You can even create your own button mashing songs that your friends will have to try and play. To advance through the level, you must find a hidden elevator which will whisk you away to the next floor full of insanity. The point of the game itself is to find all the pieces of your destroyed ship so you can put this crazy world called Earth in your rear-view mirror. 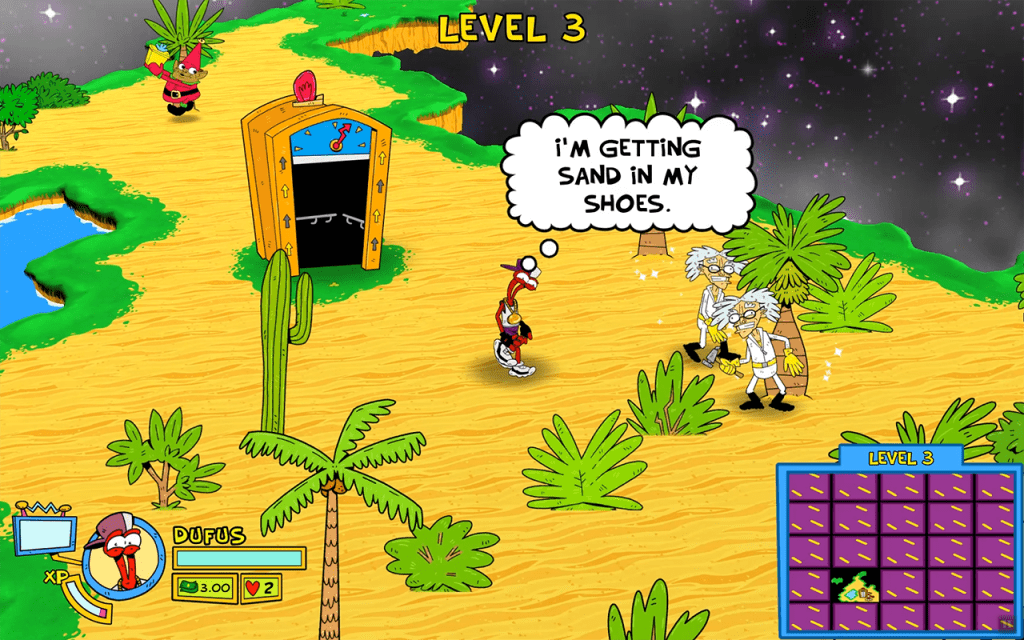 There are now nine playable characters, to include the original versions of Toe Jam and Earl. Collectables are littered throughout the game, as well as achievements to be earned. Presents are items you pick up with random, hidden abilities. Some are full of food that will heal you; others might have spring boots that help you jump over enemies or cross gaps. It’s zany and crazy and a lot of fun. If you truly enjoy the gameplay, you’ll have plenty of reasons to keep coming back. However, that is the biggest issue with this game. After I had gone through once, I had a hard time mustering the will to go back through it again. It’s entertaining, but near the end of my first playthrough, I already felt like I’d had enough of this Funkytown.

I played the original, and it always had an odd, but good, place in my heart. You can tell the original creators wanted to do the series justice, and they accomplished that mission. The music and voices are the same as in the original, with its creator even returning to do some himself. While it was fun to go back and relive this experience in a new and improved way, the fun only lasts so long. Pick it up with friends, check out the split screen co-op mode to see history in the making, give it a shot. It’s a series that deserves a real try, even if that try is only for a few hours before you move on to something a little fresher. I give Toe Jam and Earl 7 Rocket Skates out of 10.