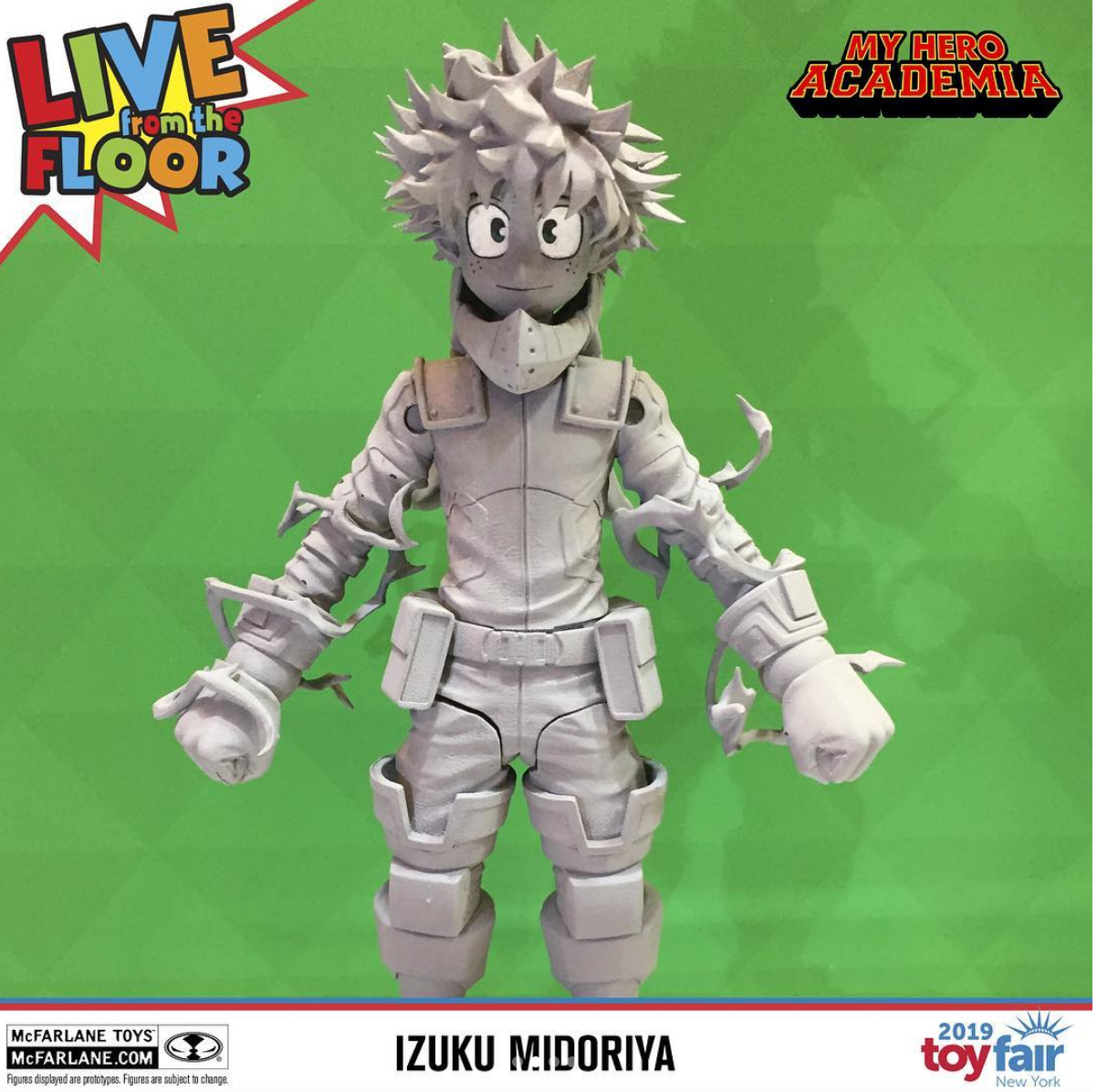 The New York Toy Fair 2019 is in full effect, and McFarlane Toys is amazing everyone with their reveals.

The company, founded by comic book legend Todd McFarlane, is known for figures based on McFarlane’s Spawn, The Walking Dead, NBA and NFL Sport Picks among others. Last year, the company hit a home run with figures based on the popular Fortnite video game, and going into Toy Fair it was announced the toy company would be producing 6″-12″ figures based on the DC Universe. So what did Mcfarlane show off this year at the annual Toy Fair?

For me, the biggest reveal was the My Hero Academia line, which gives us the most accessible line of figures based on the popular anime, with a great initial lineup. Mcfarlane also showed off figures for Naruto (now with more articulation), Call of Duty, and more of the popular Fortnite series.

So far, Mcfarlane is holding the top spot for me for Toy Fair, but it is early in the show. Let’s see what the Toy Fair shows next.