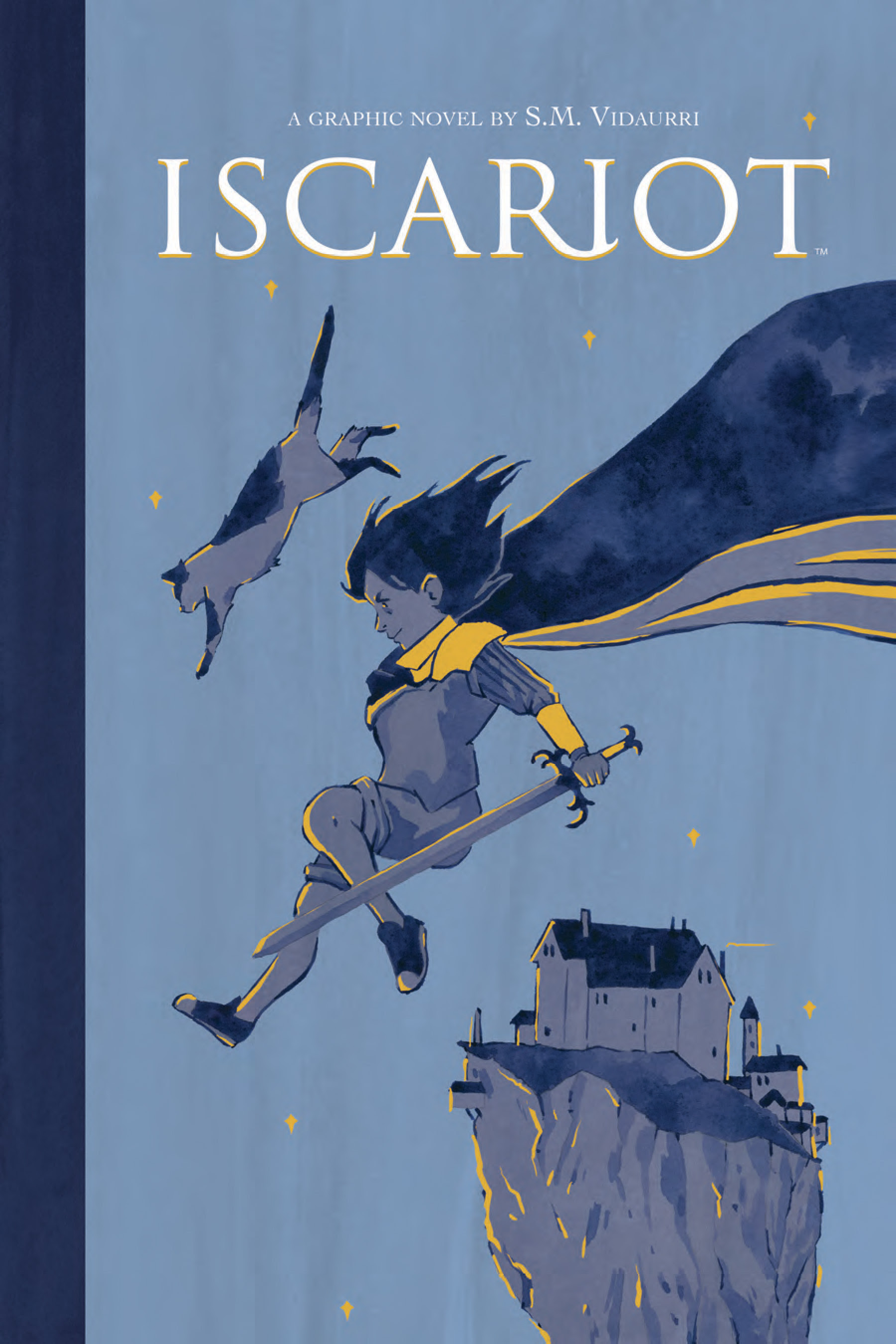 If we’ve learned anything from fairy tales from the Brothers Grimm and Hans Christian Andersen, it’s that magic powers usually have a hefty price attached. This October, S.M. Vidaurri (Jim Henson’s The Storyteller: Witches, Iron: Or, the War After) brings us his new Archaia original graphic novel Iscariot, the story of Carson, a young girl living with cancer whose life is changed when she is granted an age-old magic by the rebellious magician Iscariot.

Carson must now navigate her powers, face a life she thought she’d left behind, and take on an order of magicians who want to control her destiny. Carson wants to trust Iscariot, but his intentions might not be as altruistic as they first appeared, and she’ll have to trust her own feelings to decide what to do.

“Shane’s hand-painted watercolors evoke so much emotion that it’s easy to get sucked into the mood of this story,” said BOOM! Studios Editor-in-Chief Matt Gagnon. “From his cold, quiet espionage story Iron: Or, the War After to his richly embellished ‘The Magic Swan Goose and the Lord of the Forest’ story in Jim Henson’s The Storyteller: Witches, Shane has captured our attention time and again. Iscariot is the story of a little girl figuring out what to do with a life she thought was ending and struggling with a destiny that was forced upon her. Most of all, it’s about magic, and what that means to these characters.”

The Final Order Cutoff deadline for comic shop retailers is September 14th. Not sure where to find your nearest comic retailer? Use comicshoplocator.com or findacomicshop.com to find one! It’s also available for order directly from boom-studios.com.