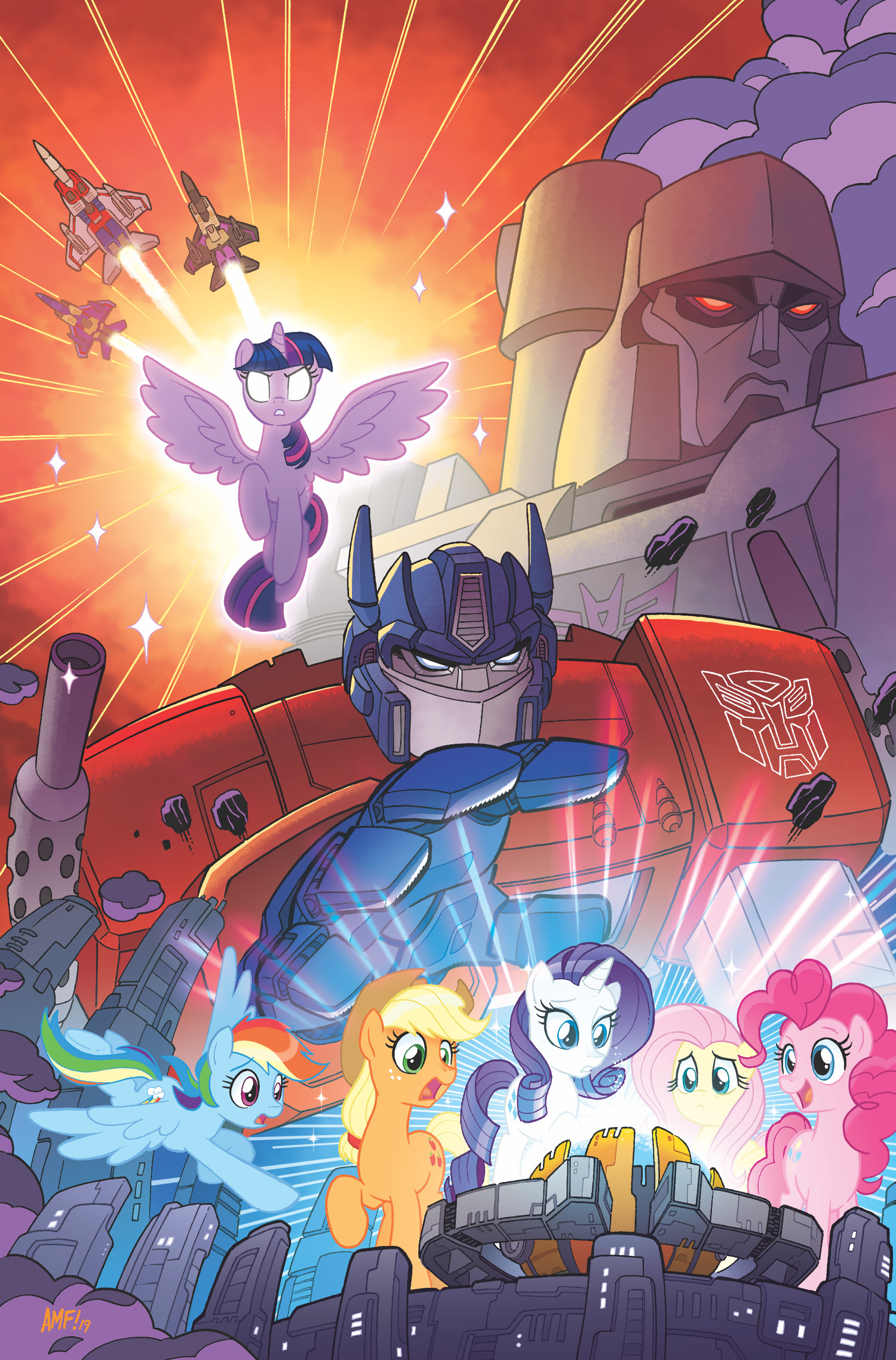 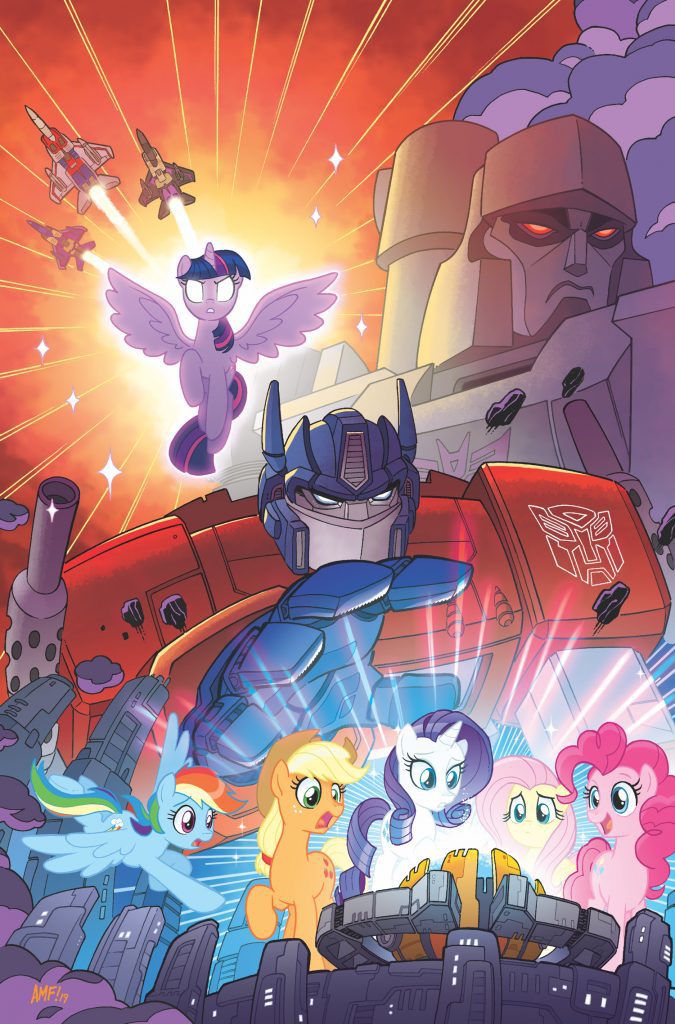 When the Mane Six gallop alongside Autobots in battle, the forces of villainy stand no chance! IDW Publishing (OTCQX: IDWM), under license by Hasbro, Inc. (NASDAQ: HAS), welcomes comic fans of all ages to enjoy the wildest crossover of Hasbro creations ever: MY LITTLE PONY / TRANSFORMERS, a four-issue miniseries shipping weekly in May!

In MY LITTLE PONY / TRANSFORMERS, the scheming Queen Chrysalis casts a spell in search of changeling allies, but accidentally interferes with a distant Cybertronian Spacebridge… and brings the Autobots and Decepticons to Equestria! As the dust settles, it’s up to Twilight Sparkle, Optimus Prime, and others to overcome the menace of malevolent magic and machinery!

“The writing I’ve gotten to do individually for MY LITTLE PONY and TRANSFORMERS  have already proven to be some of the most fun I’ve had in my career, so it’s pure joy to play them off each other,” says Asmus. “We’re making a wild mash-up unlike anything else in your comic collection. You basically owe it to yourself and your future happiness to get a copy!”

“It’s been a delightful challenge finding common threads between the ponies and bots. It’s certainly a fun and unique opportunity,” says Flynn. “I hope fans of both franchises can come together and enjoy this.”

“MY LITTLE PONY and TRANSFORMERS are two of my all-time favorite universes. Having written for them both previously, the idea of bringing the citizens of Equestria and Cybertron together is incredibly exciting,” says Maggs.

“Teaming TRANSFORMERS and MY LITTLE PONY has been a dream we’ve had for a long time,” says IDW Editor-In-Chief John Barber. “We’re all really excited to see this mashup of characters by a mashup of creators who are honoring the legacy of both universes… and doing it in the most bonkers, fun way imaginable!”

For information on how to acquire copies of MY LITTLE PONY / TRANSFORMERS, please contact your local comic shop or visit www.comicshoplocator.com to find a store near you.

MY LITTLE PONY, TRANSFORMERS and all related characters are trademarks of Hasbro and are used with permission. © 2020 Hasbro. All Rights Reserved. Licensed by Hasbro.