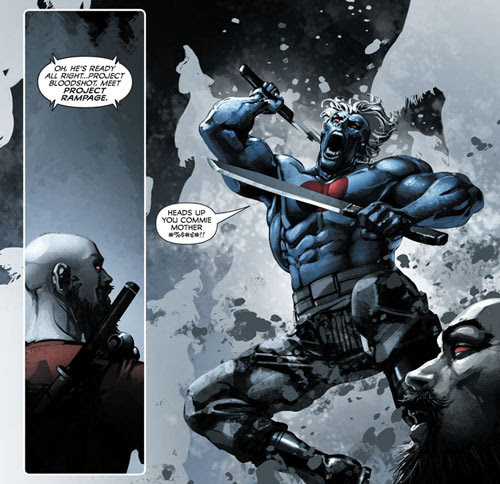 As an early Christmas present, Valiant Entertainment has released previews for their books dropping next week. Those titles include Divinity III: Komandar Bloodshot #1, Savage #2 and Generation Zero #5. For me, I am eagerly awaiting the chance to read Komandar Bloodshot and Savage. Bloodshot ties directly into Valiant’s Stalinverse, which kicked off with this week’s Divinity III and puts the Valiant Universe in a very Communist driven reality. Savage #2 is the next chapter in the dino-centric book. Check out the previews below! 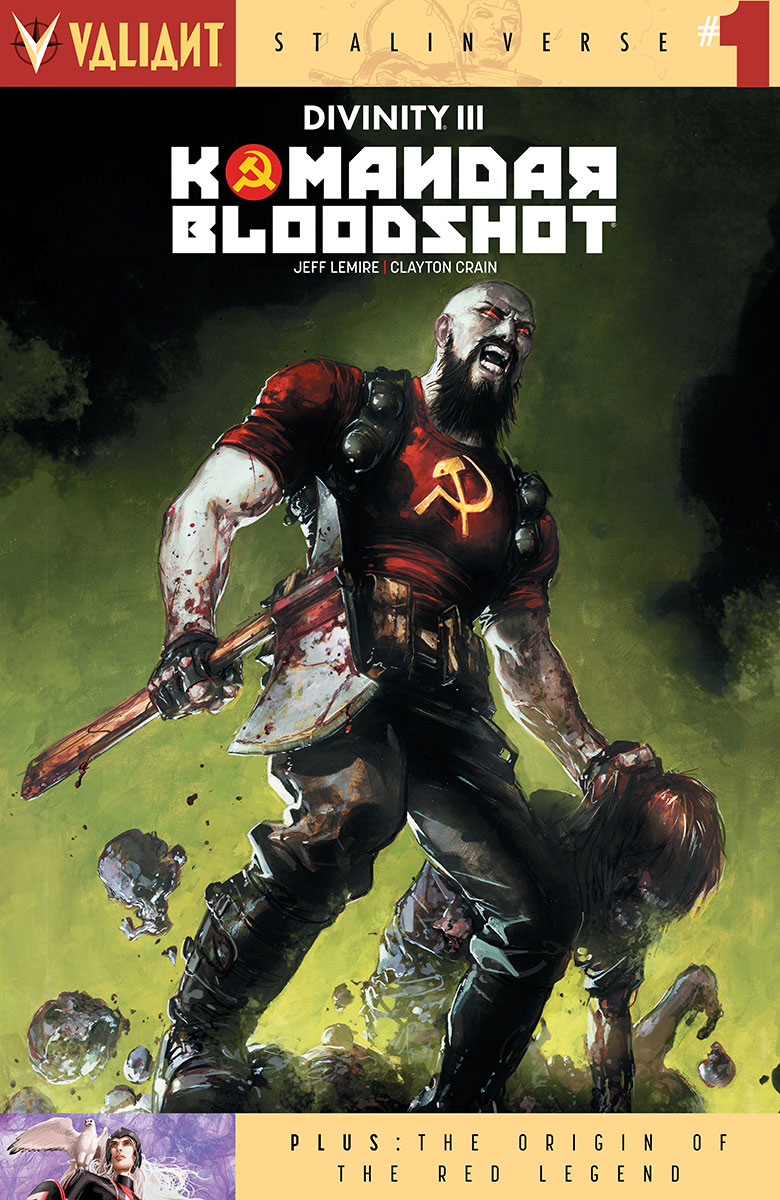 Valiant’s first reality-shattering event explodes outward as Jeff Lemire & Clayton Crain lead KOMANDAR BLOODSHOT from DIVINITY III…and into a gut-wrenching tale of power, sacrifice, and authority that will take Valiant’s blood-stained icon to his most punishing depths yet! 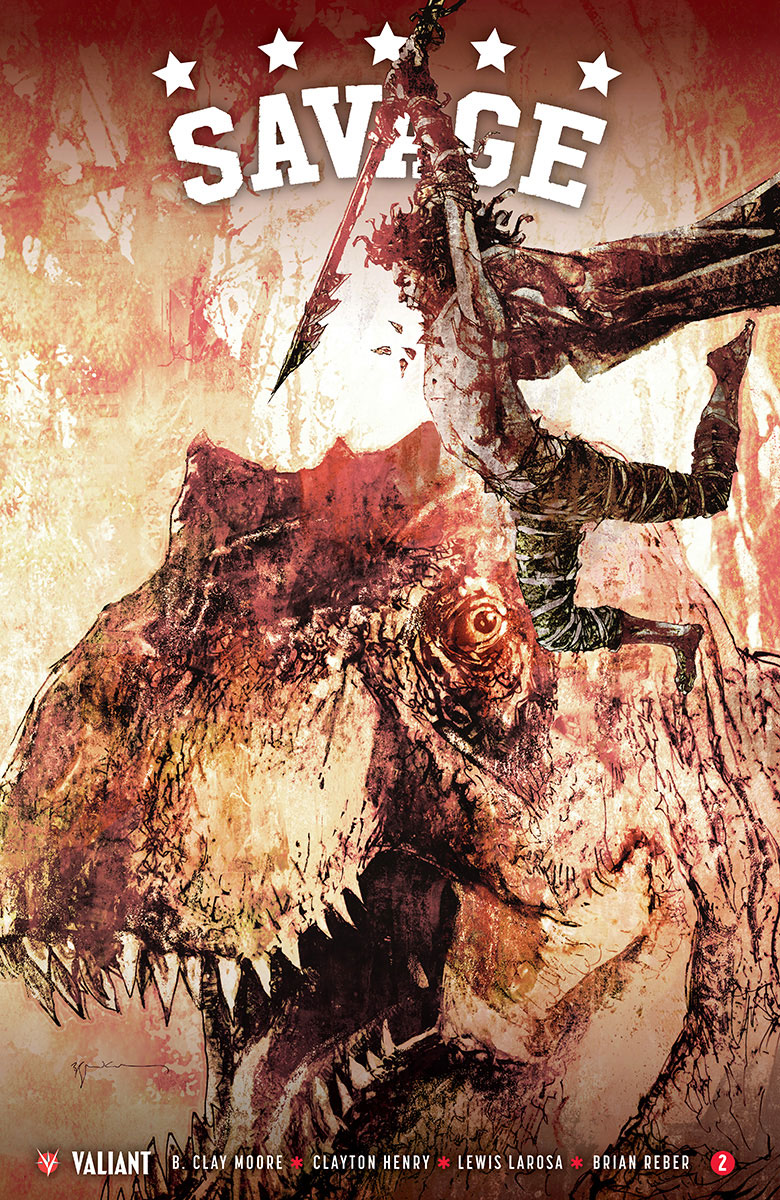 Marooned in an unforgiving prehistoric landscape, high society’s most privileged celebrity family is fighting tooth and claw – literally – for survival. With no shelter, no weapons and no escape, the Savage family is about to come face to face with the cruelest laws of nature – in the form of the lethal dinosaurs that somehow stalk the impossibly ancient island that has become their home. Once they lose everything – and each other – what part of them will endure? Where will the man inside each of them end…and the animal begin?

It’s survival of the fiercest as acclaimed writer B. Clay Moore (Hawaiian Dick) and blockbuster artists Clayton Henry (HARBINGER WARS) and Lewis LaRosa (BLOODSHOT REBORN) catapult the fiercest Valiant hero of all time into the bone-breaking comic book debut that will have everyone talking! 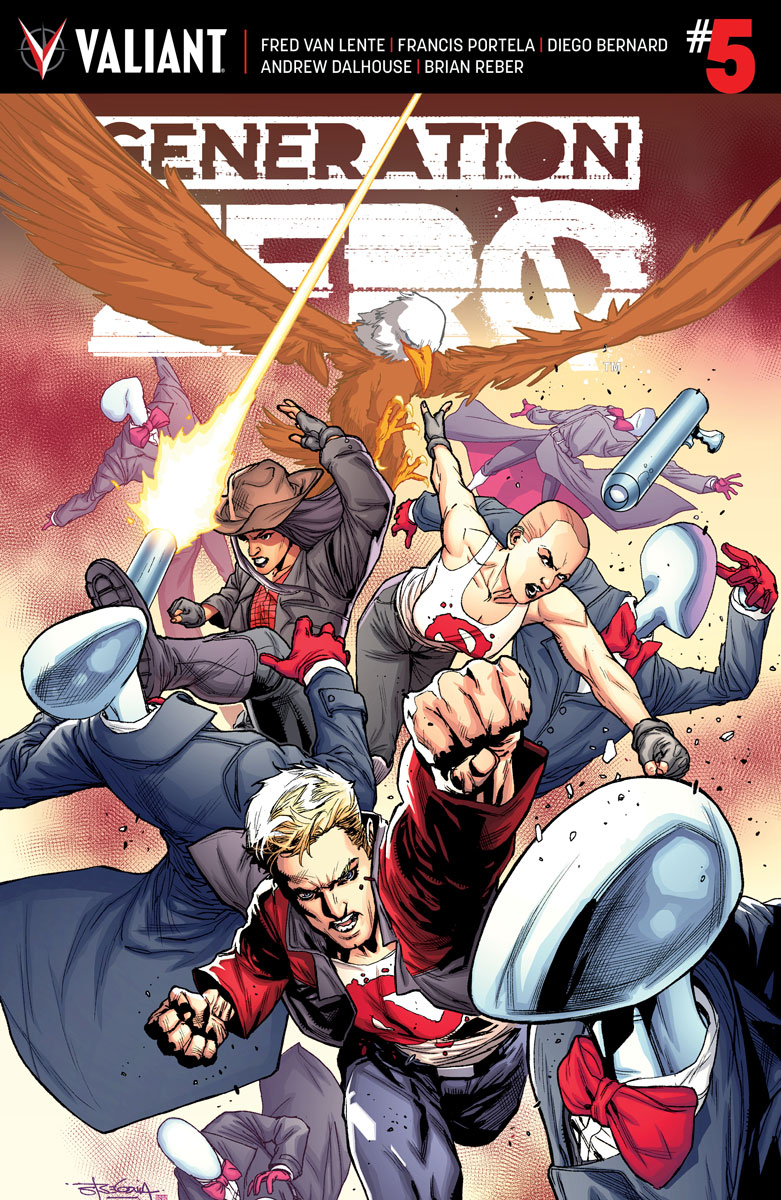 We live for destruction!

Generation Zero has finally pinpointed the silent evil that has infiltrated Rook High School…but it’s not going down without a fight! Now, every corner of this idyllic techtown is about to become a war zone as Cronus, Telic, Animalia, and Cloud hit back with the force of four walking hydrogen bombs and show the world why this one group of reformed commandos aren’t just dangerous… They’re disorderly!