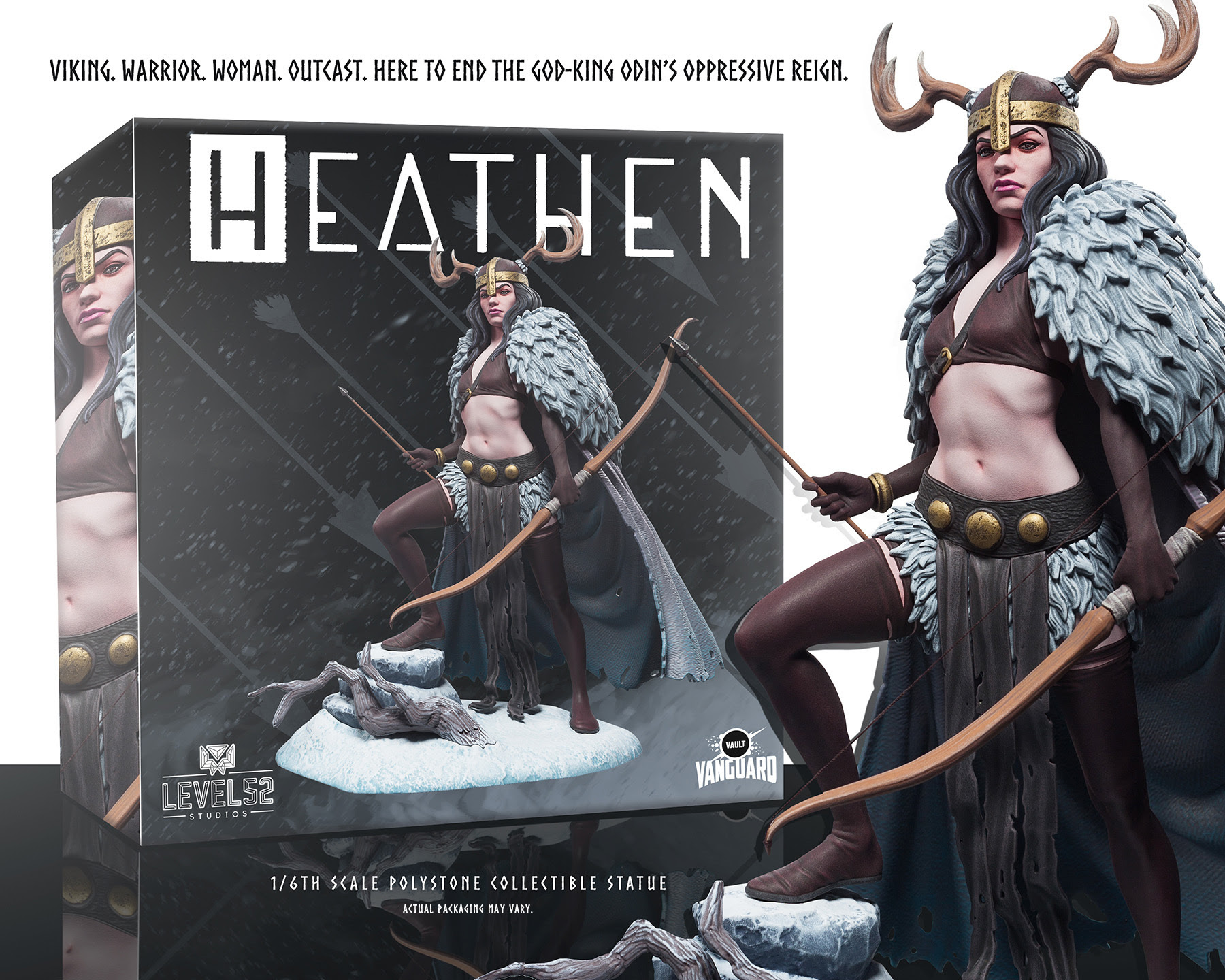 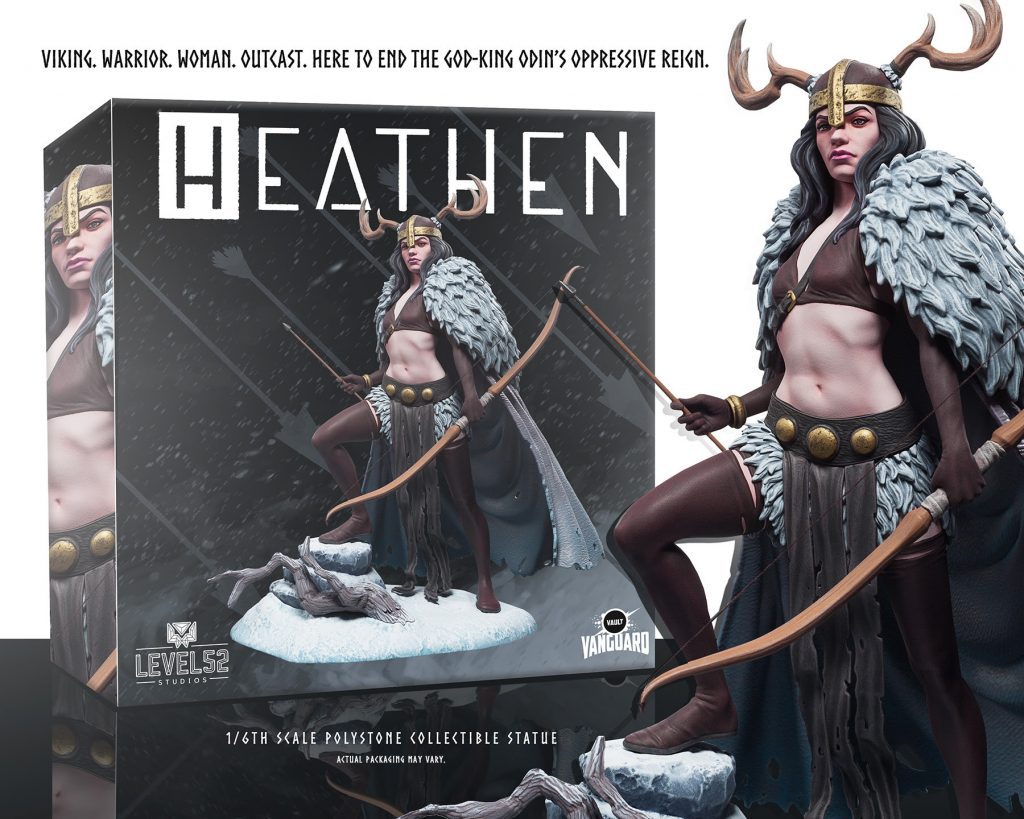 Vault Comics is extremely excited to announce that they have partnered with Level52 Studios to create a limited edition statue of Aydis, the main character from Natasha Alterici‘s hit Vault series, HEATHEN.

Viking. Woman. Warrior. Outcast. Aydis, the intrepid protagonist from the smash hit comic HEATHEN by Natasha Alterici, comes to life as a 1:6 scale limited edition statue created by Level52 Studios. Inspired by the dreamlike, incarnadine color schemes of the series’ covers, this piece exudes a fresh and fearsome attitude befitting an unapologetic battler of demons and fantastic beasts. Odin better watch his back.

Standing at 12” tall, this figure is crafted fully of polystone and arrives in premium packaging. Statues will ship in Q4 of 2020.

The statue can be preordered now on the Vault Comics webstore.