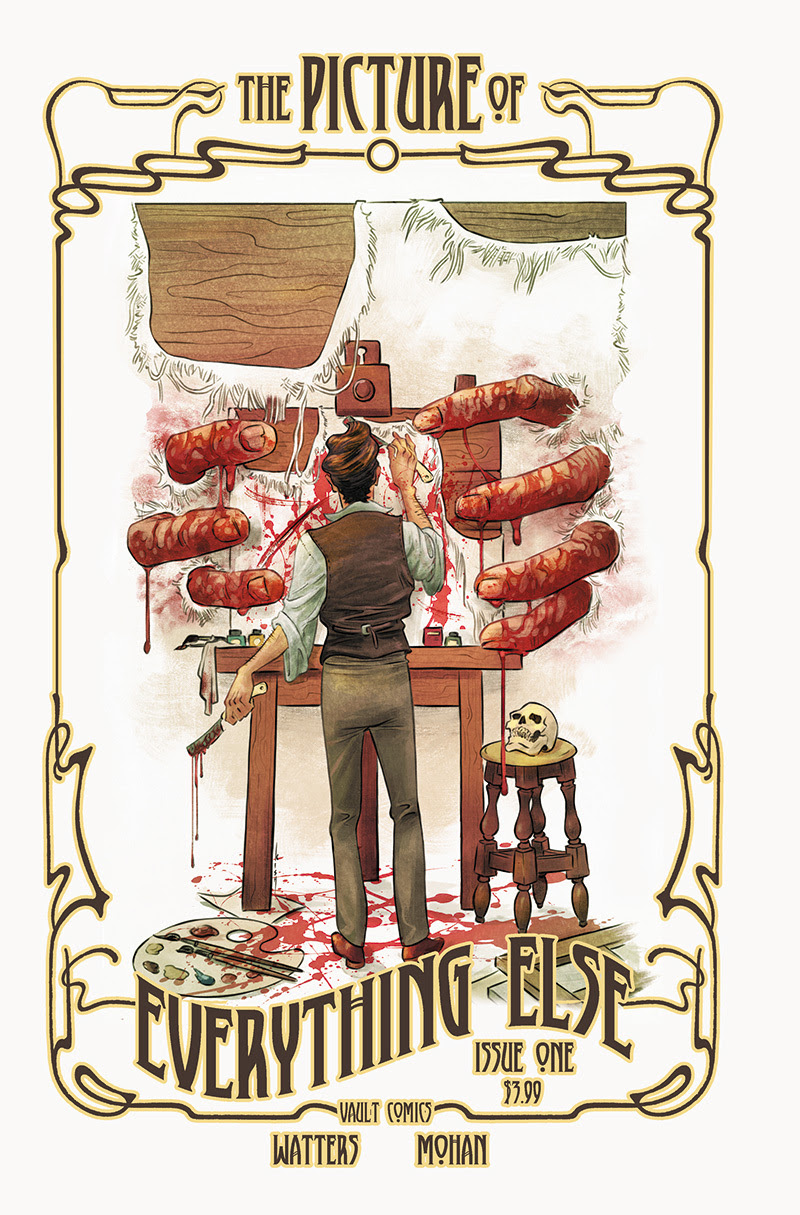 As the 20th century dawns, art promises to change the world…and steep it in blood. A rash of impossible killings sweep through Paris, tearing the rich and beautiful apart in their beds. When two art thieves stumble upon the portraits of the victims damaged in the exact same manner they died, it appears the man who once painted the immortal portrait of Dorian Gray has returned—with darker plans for future works. From the minds of Dan Watters (Coffin Bound, Lucifer, Deep Roots) and Kishore Mohan comes a haunting balance of depravity and beauty.

“The Picture of Dorian Grey has always been a favorite of mine, both as a novel and a concept,” said Watters. “But I think it’s been squandered a little when it’s been revisited. We’ll often see Dorian crop up in other mediums — the immortal, beautiful young decadent with his picture hidden in the attic. But what of the man who made the painting? There was a man who made art which rendered its subject immortal. What if he started to change his works, and change the world with them? What if he sought to make the world a paradise- or a hell? Maybe art could get us there. Maybe it still will.”

“I’ve always been fascinated by how art influences the world, not by merely translating experiences across space and time, but by actually altering opinions, normalising taboos, instilling new values, and changing every damned thing that it touches,” added Mohan. “And having grown up on my mother’s collection of Classics Illustrated, later discovering all of my favourite characters in Alan Moore’s League of Extraordinary Gentlemen, and now being a huge fan of shows like Penny Dreadful, Ripper Street, and The Alienist, I never stopped being enamored by the late 19th and the early 20th centuries. Dan and I have been wanting to create something together for a quite a while and when he told me the story of ’The Picture of Everything Else’ I remember thinking to myself that here’s a story that’ll let me explore all that I’ve wanted to with my craft. I get to actually let my craft mess around with my favourite time period in all of history!”

THE PICTURE OF EVERYTHING ELSE #1 hits store shelves in December 2020, and will launch with variant covers by Nathan Gooden and Adam Gorham.