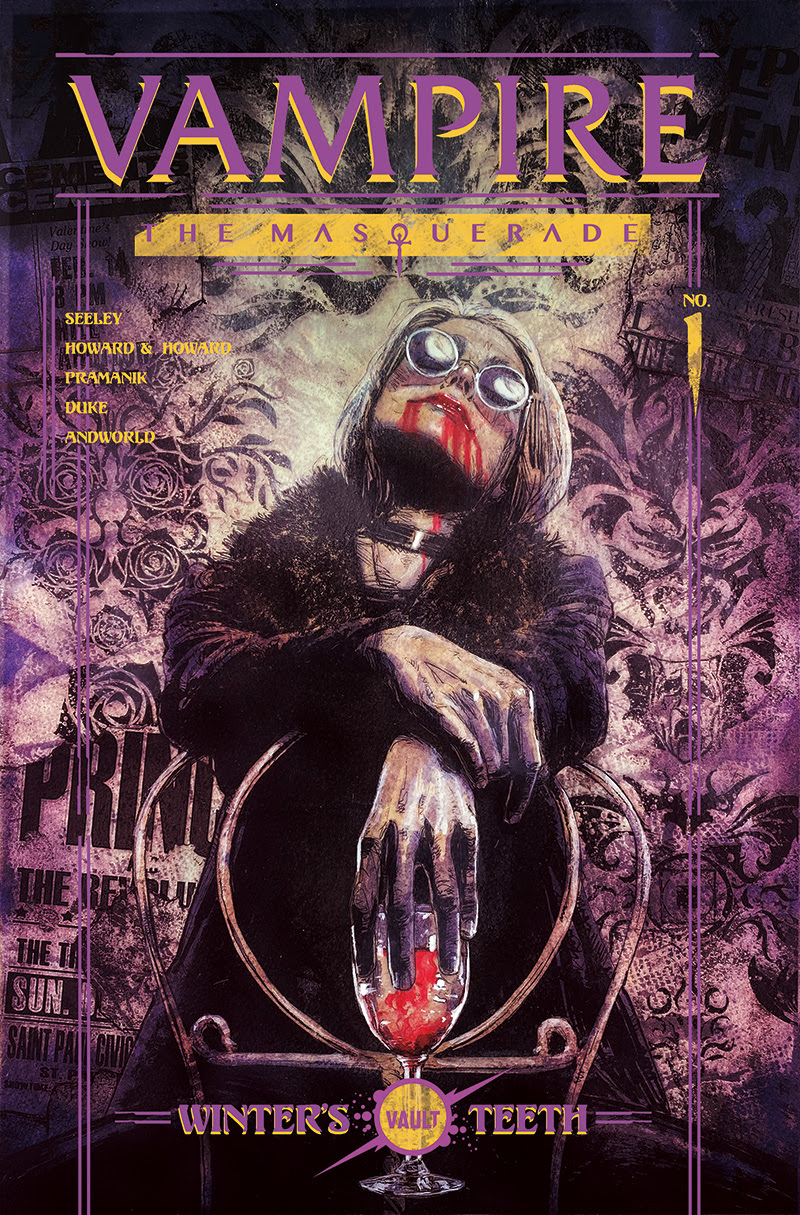 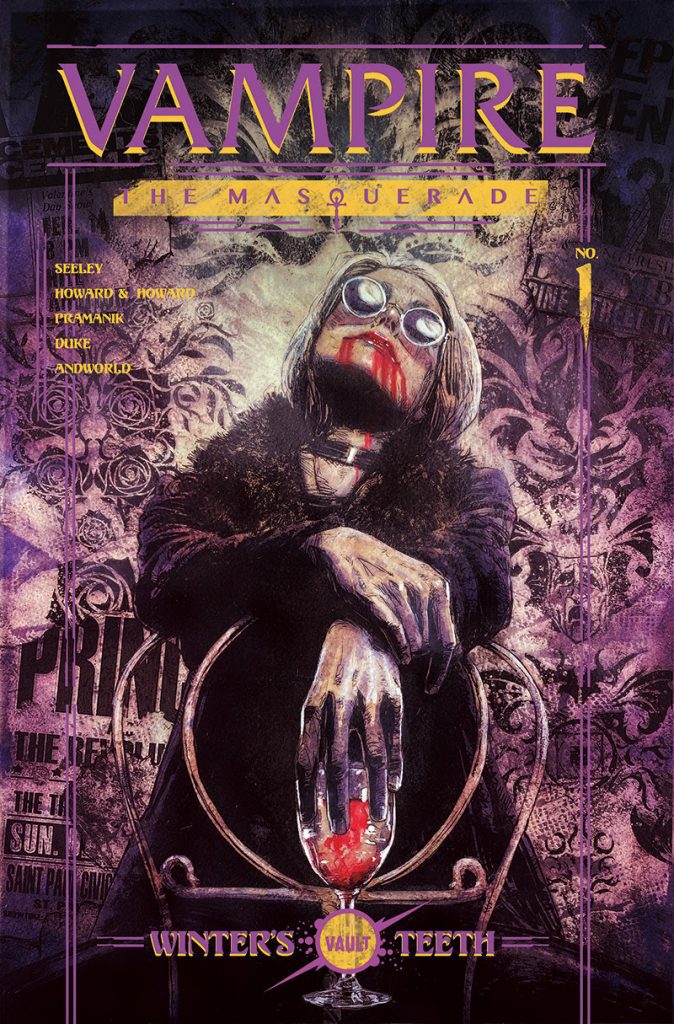 Vault Comics is thrilled to announce that they have partnered with Paradox Interactive to publish the official Vampire: The Masquerade comic book series. The first comic in the series will be available for purchase from comics retailers across the US in July 2020. The comic is co-written by Tim Seeley, Tini Howard, and Blake Howard, drawn by Devmalya Pramanik, Nathan Gooden, and colored by Addison Duke, with covers by Aaron Campbell.

From the internationally bestselling World of Darkness universe, Vault brings readers an official Vampire: The Masquerade comic series. Sink your teeth into the hidden world of vampires, ghouls, and hunters who live in the shadows and scheme among us. In the comic series, Cecily Baine, an enforcer for the Twin Cities’ elite cabal of Kindred (vampires), takes a mysterious young vampire under her wing and is swept up in a conspiracy that can shake the foundations of vampire society.

Each issue will include exclusive material for Vampire: The Masquerade 5th Edition of the tabletop RPG from Modiphius Entertainment. These materials enable readers to play alongside the unfolding comic events in their own chronicles.

“When Vampire: The Masquerade launched in 1991, it felt like the first RPG to embrace dark and mature themes largely ignored by previous games,” said Vault Editor-in-Chief, Adrian Wassel. “Close to 30 years later, following the successful launch of the 5th edition, Vampire: The Masquerade is exploring new avenues of storytelling with our comic series. I can’t imagine a better team than the one we’ve assembled. Tim Seeley, Tini Howard, Blake Howard, Devmalya Pramanik, Addison Duke, and Aaron Campbell tell a story from two points-of-view, a fearsome Camarilla courierin Minneapolis and an Anarch coterie from outside the city tasked with investigating a murder. As you get deeper into the series, you’ll discover how the two stories connect, unearthing a city-shaking conspiracy. This is Vault’s first comic outside the world of creator-owned and we’re thrilled to be partnered with a brand that shares our commitment to the very best genre storytelling.”

The Paradox-Vault pact was forged by Joe LeFavi, CEO of Genuine Entertainment., LeFavi is responsible for producing extensions of the World of Darkness franchise this year including the Vault comic book series and the Vampire: The Masquerade expandable card game from Renegade Game Studios. Vault is represented by Matt Sugarman of Weintraub Tobin.