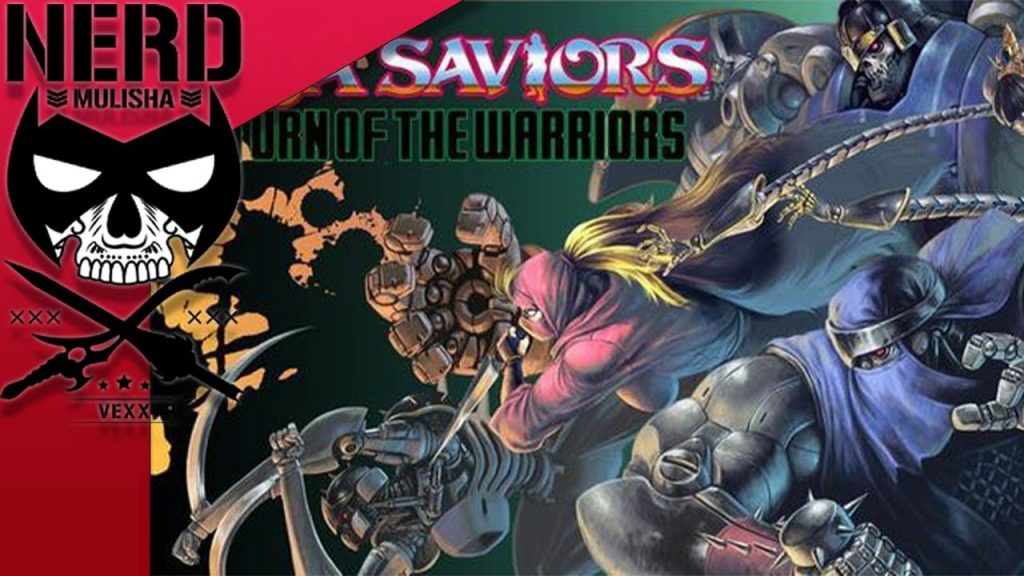 Vexx reviews The Ninja Saviors: Return of the Warriors! Check out the video for his thoughts and final score!

Here is some info on the game:

The Ninja rise Again for Greatest Battle! The Ninja Saviors: Return of the Warriors is a re-boot of the 90s great hit Action Game. The Classic 2D sidescrolling Beat ‘Em Up has been vastly enhanced with new graphics, two new playable characters, a re-recorded soundtrack, two-player local co-op and much more!

TENGO PROJECT, the original development team, has elevated THE NINJA SAVIORS – Return of the Warriors to new heights with a re-mastered reboot, plus even better audio and visuals with the 16-bit pixel art of the classic SNES version being retained, but significantly revised, along with cool new animations.

In THE NINJA SAVIORS – Return of the Warriors, players assume the role of one of five android ninjas to take on the tyrant Banglar, and his henchmen, with a variety of individual moves in a dystopian future. Along with two completely new characters, the fully revised side-scrolling arcade brawler also finally offers fans the eagerly awaited two-player co-op mode and an online ranking system so that you can measure yourself against fighters from all over the world. In a total of eight levels, players will brawl their way through waves of enemy hordes, either alone or in pairs.

ININ Games, the new publishing label of United Games GmbH, focuses on the classic digital and physical marketing of high-quality retro, indie and arcade titles. Along with undisputed classics, numerous other milestones of gaming culture are in the planning and will be announced in the coming months. For more information about ININ, visit http://www.inin.games/

TAITO Corporation (TAITO) is a wholly-owned subsidiary of Square Enix Holdings Co., Ltd. With headquarters in Tokyo, Japan, TAITO operates core businesses such as game arcade operations, coin-operated game machines, and mobile phone content services. A seminal part of gaming history, TAITO caused a worldwide sensation with its arcade legend, SPACE INVADERS, and developed such fan favorites as PUZZLE BOBBLE (BUST-A-MOVE) and ARKANOID. Today, TAITO continues to thrill game lovers of all generations by offering both classic and new family-oriented titles on the latest gaming platforms. TAITO delivers a wide range of entertainment experiences with the goal of providing consumers with fresh surprises and new discoveries. More information on TAITO can be found on the Internet at http://www.taito.com/