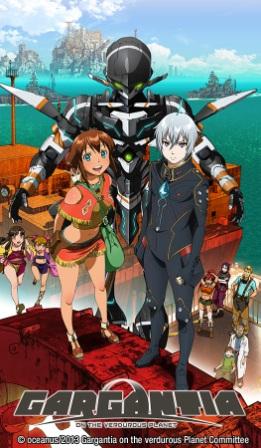 VIZ Media, LLC (VIZ Media), the largest distributor and licensor of anime and manga in North America, prepares an exciting weekend of festivities and fun as it returns to Anime Expo with a jam-packed schedule of special anime premieres, guest appearances, panel discussions, autograph sessions, and promotional giveaways.

The 2014 Anime Expo is North America’s largest anime convention and will be held July 3rd–6th at the Los Angeles Convention Center in Los Angeles. More details are available at: www.anime-expo.org. VIZ Media will be located on the main convention floor in Booth 1601.

The VIZ Media booth will be a hub of activity with special freebies and promo item giveaways throughout the convention including posters, temporary tattoos, posters, postcards, buttons and more for popular series such as BLOOD LAD, DEADMAN WONDERLAND, SAILOR MOON and ONE-PUNCH MAN. 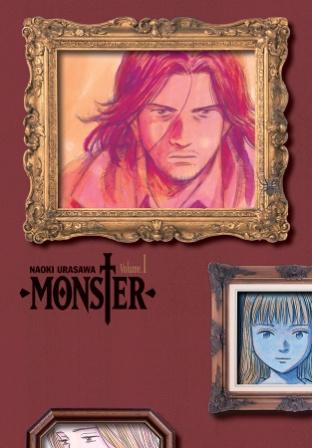 Anime Expo attendees can catch a preview of upcoming anime and manga releases in the VIZ Media panel on Thursday, July 3rd, and then fans of ONE PIECE can get all the latest news on the ONE PIECE manga, anime, video games and more at a super-sized panel set for Friday July 4th, featuring guests from VIZ Media, Funimation, Banda Namco Games and more! Anime fans can also catch up on the latest news and upcoming series premieres set for VIZ Media’s Neon Alley anime streaming service in a special Animation panel on Sunday July 7th. In addition, members of the Shojo Beat editorial team will host a panel on Sunday, and fans can catch the dub premiere of GARGANTIA ON THE VERDUROUS PLANET!

Be a guardian of love and justice and join VIZ Media as it celebrates the return of the legendary action fantasy anime series with SAILOR MOON Day on Saturday, July 5th. The subtitled series is currently streaming exclusively on NeonAlley.com and Hulu.com, and VIZ Media’s acquisition includes all 200 episodes of the revered series, including the never before licensed for North America fifth and climatic final season, “Sailor Stars,” as well as the three features and additional specials.

On SAILOR MOON Day, catch the World Dub Premiere of the first 2 Episodes as well as the reveal of the new English voice cast at the special SAILOR MOON Official Panel. Fans can also catch the premiere of the brand new first episode SAILOR MOON CRYSTAL (subtitled), presented by VIZ Media in a special Anime Expo screening. Meet the voice cast at an exclusive autograph session in the Anime Expo autograph area; fans can also take photos of the talented cast with the Sailor Guardian cosplayers at the VIZ Media booth. Don’t miss the opportunity to join what could become the world’s largest SAILOR MOON Cosplay Event ever with a special gathering the same afternoon in the Anime Expo Main Event Hall.

The SAILOR MOON action also takes place all weekend at the VIZ Media booth with a SAILOR MOON Stamp Rally. Strange things have been happening and Sailor Moon needs your help! Come by the VIZ Media booth at Anime Expo to get your stamp card and mission from the Sailor Guardians. Collect planetary symbol stamps from special booths around the Dealer’s Room and return the completed card to the VIZ Media booth to get the exclusive premiere event coin. There’s a limited quantity of coins for each day, so be sure to help Sailor Moon before it’s too late!

Plus, cool down with free drinks and balloons from the WEEKLY SHONEN JUMP team at the Drink Cart Meet Up, Friday July 4th, between 12 – 7:30pm outside the Los Angeles Convention Center!

4:45 – 5:45pm    VIZ Media Panel (Room LP2)
Join the VIZ Media staff for a presentation and Q & A session all about the latest in manga & anime! Staff will be talking about the latest news, upcoming releases and other cool announcements from the publishing and animation teams.  Free manga for attendees while supplies last!

4:30 – 6:00pm    SHONEN JUMP Presents: ONE PIECE (Room LP1)
ONE PIECE is the world’s most popular manga series, with over 300 million volumes sold to-date! Get all the latest news on the ONE PIECE manga, anime, video games and more at this super-sized panel, featuring guests from VIZ Media, FUNimation, Bandai Namco Games and more!

10:00 – 11:30am    SAILOR MOON Official Panel (Room LP1)
Join VIZ Media for the world premiere of the all-new, uncut English language premiere of the legendary anime series, SAILOR MOON! VIZ Media will introduce the cast and show the first 2 episodes of the re-mastered classic anime series. Following the premiere, a very special Q & A session will take place with the staff and cast of the production. There also will be a special giveaway for attendees (while supplies last)!!
[*Note: This special session will feature the World Premiere of the New English Dub of classic SAILOR MOON series Episodes 1 and 2 and announcements at the panel]

12:00 – 12:30pm     SAILOR MOON CRYSTAL Screening (Video Room 1)
Based on Naoko Takeuchi’s legendary manga series, SAILOR MOON CRYSTAL retells the story of Sailor Moon as she searches for her fellow Sailor Guardians and the Legendary Silver Crystal to stop the dark forces of Queen Beryl! – Catch the special screening of the first episode of this exciting new series!

3:30pm     SAILOR MOON Cosplay Gathering (Main Event Hall)
This could be the world’s largest SAILOR MOON cosplay gathering EVER! Wear your best Sailor Guardian costume and have a chance to be included on a future release!

4:45 – 6:00pm     GARGANTIA ON THE VERDUROUS PLANET Dub Premiere
(Video 1)
Get an exclusive look at the first episodes of GARGANTIA, dubbed in English! In the distant future, Ledo, a young soldier from space wakes up and finds himself marooned on an ocean planet.  Growing up in space, and knowing nothing but battle, he is a stranger in a strange land, full of odd customs and a foreign language, but he’s not alone. Starting a new journey on this verdurous planet, Ledo must find a way to survive and reconcile the fact that he may never be able to return home!

2:30 – 3:30pm    VIZ Media Animation Featuring Neon Alley (Room LP3)
Find out all that’s new and awesome directly from the VIZ Media animation team! Discover the inside story about upcoming releases, catch new announcements and the latest on the anime streaming service, Neon Alley. Bring all your anime questions, too because the VIZ Media team will be there to answer them!

Finally, don’t forget to check the Anime Expo screening schedule for a variety of VIZ Media anime titles including showings of BERSERK THE GOLDEN AGE ARC III: THE ADVENT, TIGER & BUNNY THE MOVIE II: THE RISING, RANMA ½, and BLOOD LAD, and more!