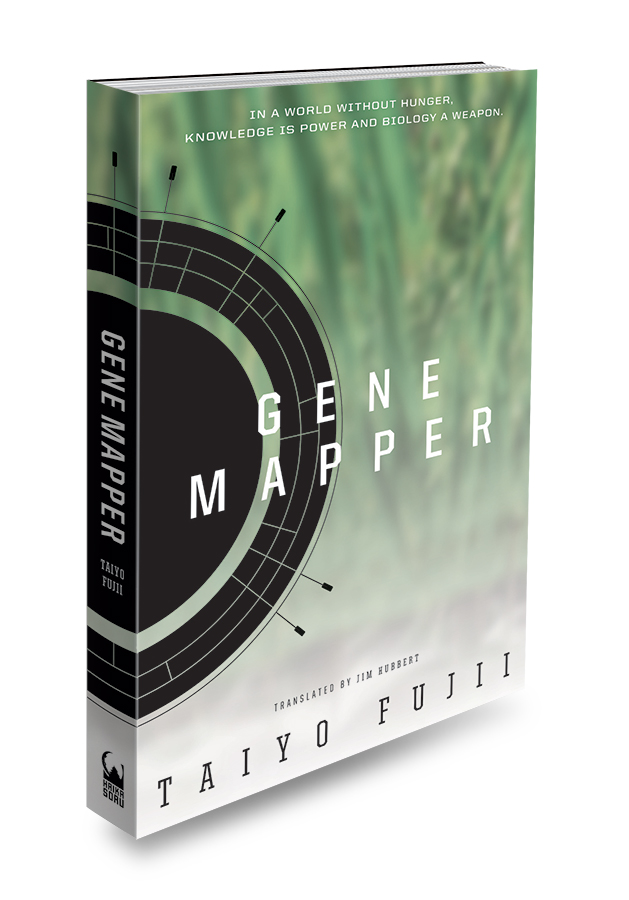 VIZ Media’s Haikasoru literary imprint has announced its participation at Sasquan, the 73rd World Science Fiction Convention. Haikasoru will welcome the acclaimed Japanese author Taiyo Fujii as a panel participant, and will host a retail booth (E4) in the main Dealer’s Room that will offer a wide variety of the imprint’s acclaimed titles at specially discounted prices.

Happening August 19th-23rd in Spokane, WA, Sasquan 2015 is the site of the 2015 World Science Fiction Convention, also known as “Worldcon,” an annual gathering of science fiction and fantasy fans. Additional details are available at: www.worldcon.org and http://sasquan.org.

Taiyo Fujii will be featured in several events throughout the convention and participating in several panel discussions:

Join the author as he offers a personal reading of select passages from his works.

Taiyo Fujii will be among the authors featured for a discussion of the whys and whens of self-publishing versus traditional publishing.

The publishing industry has changed dramatically, moving away from traditional models to online sales, self-publishing and ebooks.  What could the next 20 years bring?

A special insightful discussion with the author on his work and creative process.

Are you deep for dystopia? Crazy for cyberpunk? Soft on steampunk? We’re pitting ten sub-genres against each-other to see which should shed its “sub” prefix and become a fully-fledged genre alongside the towers of Fantasy and Science Fiction. Join author Taiyo Fujii and Haikasoru Editor Nick Mamatas for this unique forum.

Taiyo Fujii will join two other prominent Japanese authors for a discussion of the famous annual literary award and the process by which science fiction literature is published in Japan.

Taiyo Fujii is the author of the mystery thriller, GENE MAPPER, and won a 2014 Nihon SF Taisho Award by the Science Fiction and Fantasy Writers of Japan. GENE MAPPER was Fujii’s first novel and became Amazon Japan’s Number One Kindle bestseller of for 2012 when it was originally published. The novel was later revised and republished in both print and digitally in Japan as Gene Mapper – full build – by Hayakawa Publishing in 2013 and also was nominated for the Nihon SF Taisho Award and the Seiun Award. Fujii’s second novel, Orbital Cloud, won the 2014 Nihon SF Taisho Award and also took first prize in the “Best SF of 2014” in SF Magazine. Fujii’s English-language short fiction debut, the novelette “Violation of the TrueNet Security Act” appeared in Lightspeed Magazine in July 2015.

During Sasquan 2015, Haikasoru will offer GENE MAPPER along with a wide variety of its other titles for purchase with special convention pricing. Titles to be offered will include: ALL YOU NEED IS KILL (the novel which inspired the 2014 blockbuster Edge of Tomorrow); BATTLE ROYALE REMASTERED and the BATTLE ROYALE SLAM BOOK; GENE MAPPER; anthologies PHANTASM JAPAN and THE FUTURE IS JAPANESE (includes the Hugo Award-winning Ken Liu story, “Mono no Aware”); RED GIRLS and DENDERA.

For more information on GENE MAPPER and the Haikasoru imprint, please visit the dedicated website at www.haikasoru.com.