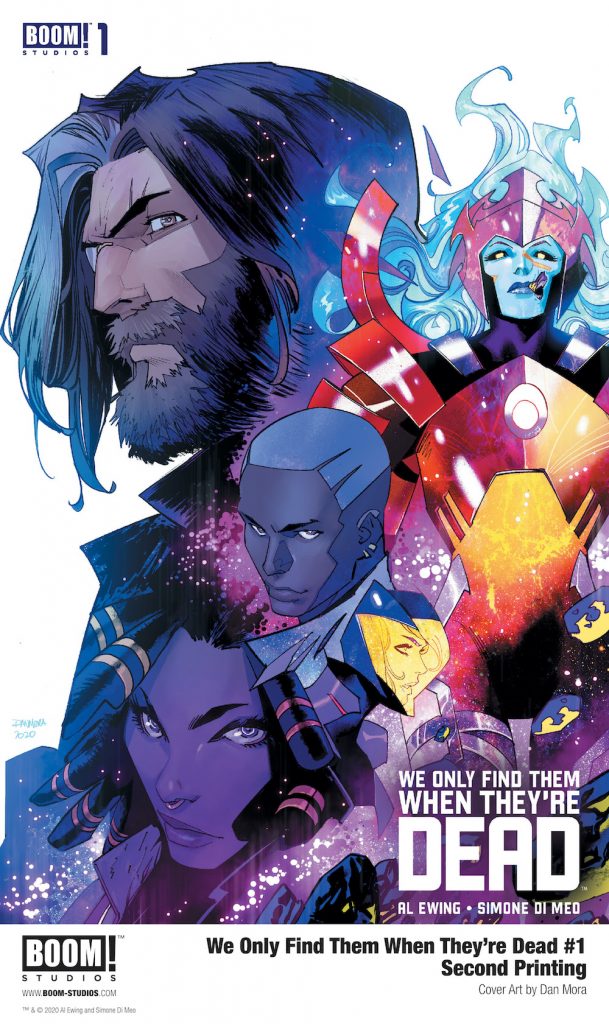 In response to the overwhelming support from retailers and fans, BOOM! Studios has announced WE ONLY FIND THEM WHEN THEY’RE DEAD #1 SECOND PRINTING, featuring brand new cover art by superstar artist Dan Mora (Once & Future) and available in stores September 23, 2020.

“The response to WE ONLY FIND THEM WHEN THEY’RE DEAD #1 has been nothing short of amazing, thanks to the incredible story that Al, Simone, Mariasara, and AndWorld have put forth,” said Filip Sablik, President, Publishing & Sales, BOOM! Studios. “We can’t wait for longtime fans and brand new comic book readers to dive into this sci-fi epic, and the new printing, with a brand new cover by Dan Mora, will ensure that everyone can join in the search for living gods in space!”

Print copies of WE ONLY FIND THEM WHEN THEY’RE DEAD #1 FIRST PRINTING will be available on September 2, 2020 exclusively at local comic book shops (use comicshoplocator.com to find the one nearest you) or at the BOOM! Studios webstore. Digital copies can be purchased from content providers like comiXology, iBooks, Google Play, and Madefire.

Nolan Smith
0
Tags :
WE ONLY FIND THEM WHEN THEY’RE DEAD