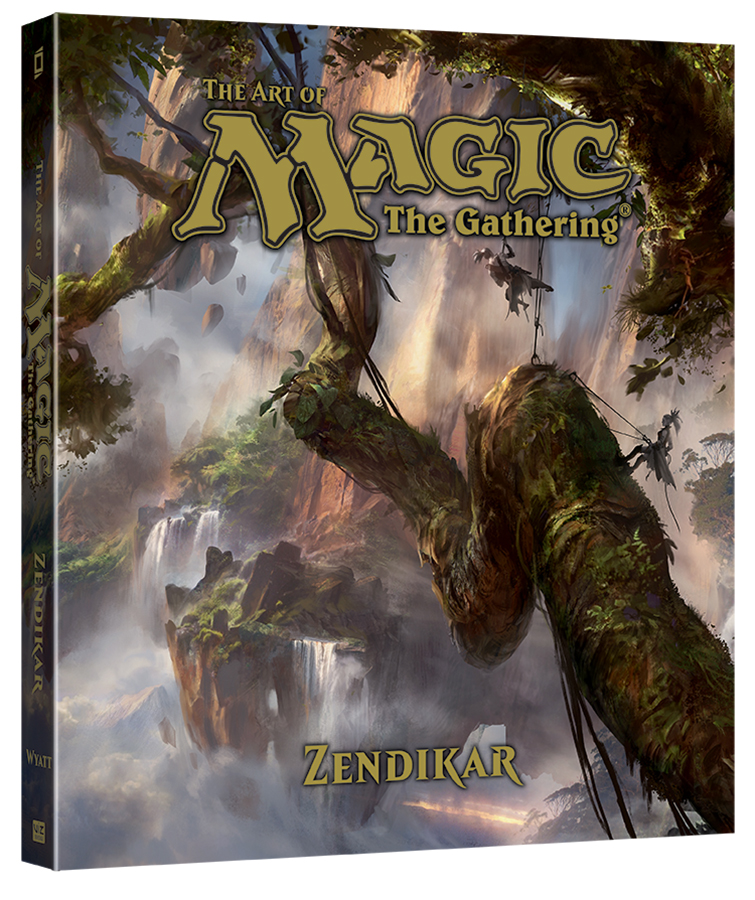 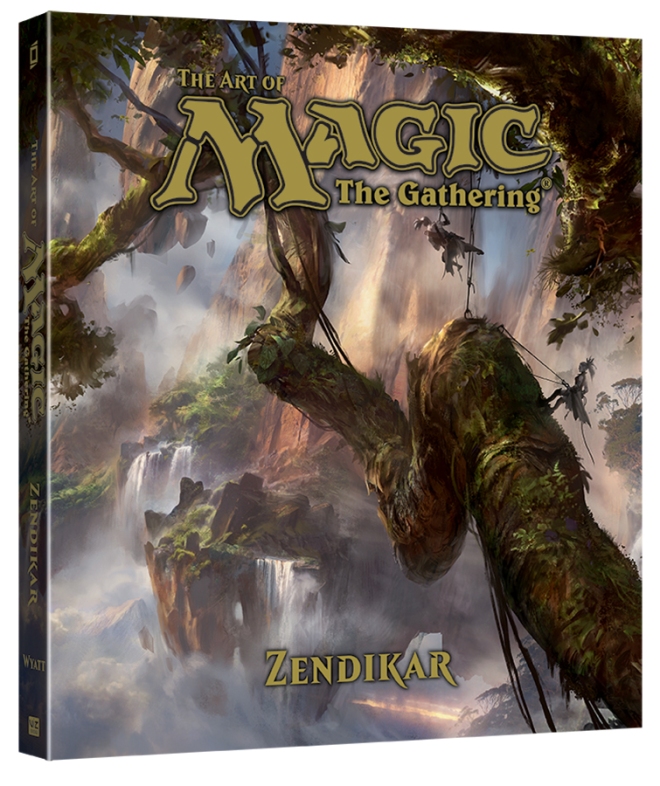 Wizards of the Coast and VIZ Media announced The Art of Magic: The Gathering—Zendikar, an art book featuring images from popular strategy card game Magic: The Gathering. Available worldwide in January 2016, the 240-page book will feature full color illustrations from some of Magic‘s best artists, such as Aleksi Briclot and Adam Paquette, as well as in-depth lore written by best-selling author James Wyatt.

Throughout its 22-year history, Magic: The Gathering has visited many richly imaginative worlds through card sets and stories. In its upcoming set, Battle for Zendikar (www.BattleForZendikar.com), Magic returns to the fan-favorite world of Zendikar, where united tribes of elves, vampires, and humans battle the monstrous Eldrazi across strange floating ruins and beautiful landscapes. The Battle for Zendikar card set launches on October 2, 2015.

“Magic: The Gathering has a rich history of bringing our fans and players the best fantasy art in the industry,” said Elaine Chase, Senior Director of Global Brand Strategy and Marketing for Magic: The Gathering. “We are excited to bring work from some of Magic‘s most amazing artists to our fans in a new medium.”

“We are very excited to help bring the art and story of Magic: The Gathering to more fans with this art book for the game,” said Beth Kawasaki, Senior Editorial Director, VIZ Media. “The Art of Magic: The Gathering—Zendikar is a beautifully illustrated edition that immerses you in the exotic world of Zendikar’s ancient ruins and strange inhabitants. We worked hand-in-hand with the Wizards of the Coast creative team to create the best art book imaginable, which we’re sure every Magic fan will covet.”

The Art of Magic: The Gathering—Zendikar will be available for pre-order at many retailers starting as early as September 1, and will be available at Amazon.com and retail and hobby gaming stores world-wide starting January 5, 2016.

Magic: The Gathering is the world’s best strategy game, with more than 20 million players and fans worldwide. In this innovative card game, players build personalized decks using cards they have collected from booster packs and by trading with friends. Magic offers a robust gaming experience for its community of passionate fans through face-to-face play events and social gatherings in more than 7,000 hobby game stores around the world, complemented by its Magic Duels and Magic Online digital games. For more information, visit MagicTheGathering.com.