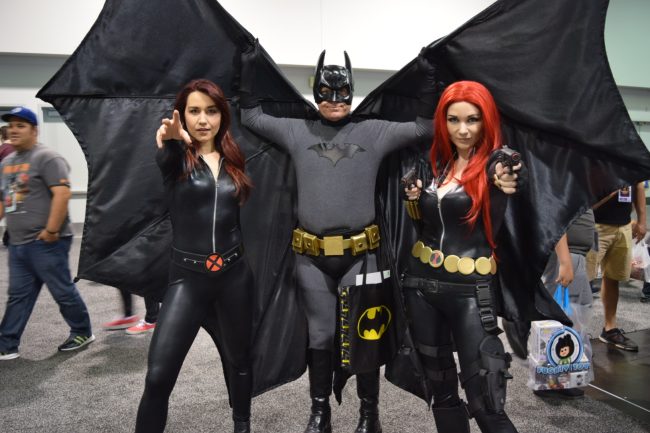 WonderCon shined bright in Sunny So Cal, Part 1 of our coverage is here!

WonderCon is here, and So Cal residents, you NEED to check this convention out!

Organized by Comic Con International, the same organization that organizes the grand daddy of all comic conventions, the San Diego Comic Con, WonderCon is back in Anaheim on an almost summer like three day weekend. Fans of all aspects of pop culture swarmed the Anaheim Convention Center, all for reasons each their own.

For some, it was for the variety of comic book publishers: from major publishers like DC Comics, Boom! Studios and Valiant Entertainment, to independent publishers like the amazing Black Mask Studios, there were plenty of comics to go around. Not to mention the hosts of creators in Artists Alley and the Small Press section. For some, it was actors, actresses and directors, and they weren’t disappointed. With actors from CW’s Riverdale, the director of the soon to be released Wonder Woman film, the cast from ABC’s Agents of S.H.I.E.L.D. and more, there were plenty of celebrities to meet and greet.

For many, it was the cosplay: whether you are one of the dedicated, creative individuals that spends countless hours creating amazing cosplay, or simply fans of their amazing work, cosplay took over the convention, literally. From gender swapped versions of Austin Powers and Dr. Evil to larger than life renditions of Voltron and the Transformer Wheeljack: the two massive robots were led by the always entertaining Hip Hop Trooper.

Check out our first part of coverage and be ready for even more as WonderCon continues through Sunday!