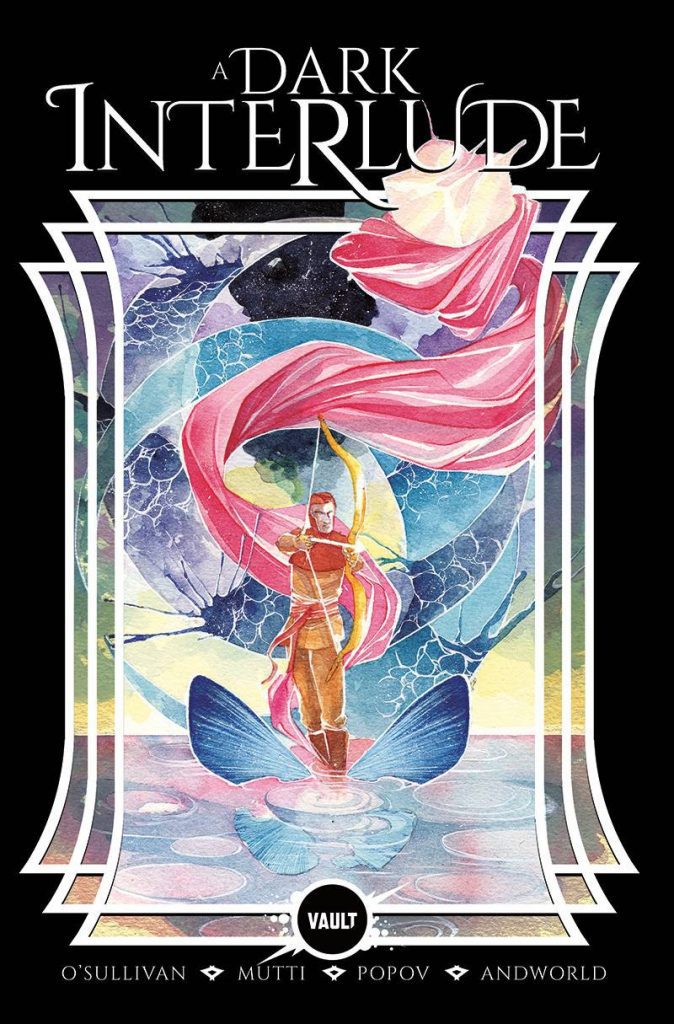 In 2018, I reviewed my first ever Vault Comics releases, which was the fantastic Fearscape #1. The story of hack writer Henry Henry and his journey to the Fearscape, as he was “chosen” as our world’s champion for being a master storyteller. Well, no, he lied and said he was someone else. The lies of the humans involved in the first series are the catalyst that moved the story forward in a dark and destructive way. I loved the first series, so when I heard Vault was releasing a sequel, Dark Interlude, I was all in. Were they able to capture the same literary lightning in a bottle from Fearscape?

If this first issue is any indication, we are in for a fantastic ride. From Ryan O’ Sullivan, Andrea Mutti, Vladimir Popov, AndWorld Design, and Tim Daniel, this is an extremely impressive first issue. We see what happened to Henry in the opening prose; he is confined to an institution due to his actions in the first series. There is no muse, as Jill, daughter of author Arthur Proctor, took the reincarnated muse for herself. This leaves the Fearscape unprotected, as the Hero of a Thousand Faces tries his best to keep the fears of the world from invading our world. He turns to a former champion author who is no stranger to the literary world, and Henry gets in more trouble, even in his current surroundings.

O’ Sullivan once again crafts an amazing story filled with literary nuances and the wordiness of Henry. This issue connects perfectly to the previous series and, by the end, leaves you wishing there was at least a page more. The artwork here is impressive, as Mutti and company create such vivid imagery. I love the designs, and I love the constant obstruction of Henry’s face. Is it because he has a guilty conscience that he hides his face?

A Dark Interlude is what a sequel should be: it’s perfectly entertaining as a single issue but means so much more to you if you are familiar with the source material. Henry is not someone I would call a hero, but you feel bad for him after the revelations from Fearscape. What does the future hold for his shattered mind? Will the Hero of a Thousand Faces make the right choice? I cannot wait, dear reader, to delve once again into a world unlike our own, and neither should you—a terrific initial offering to the next chapter of this fantastic story.