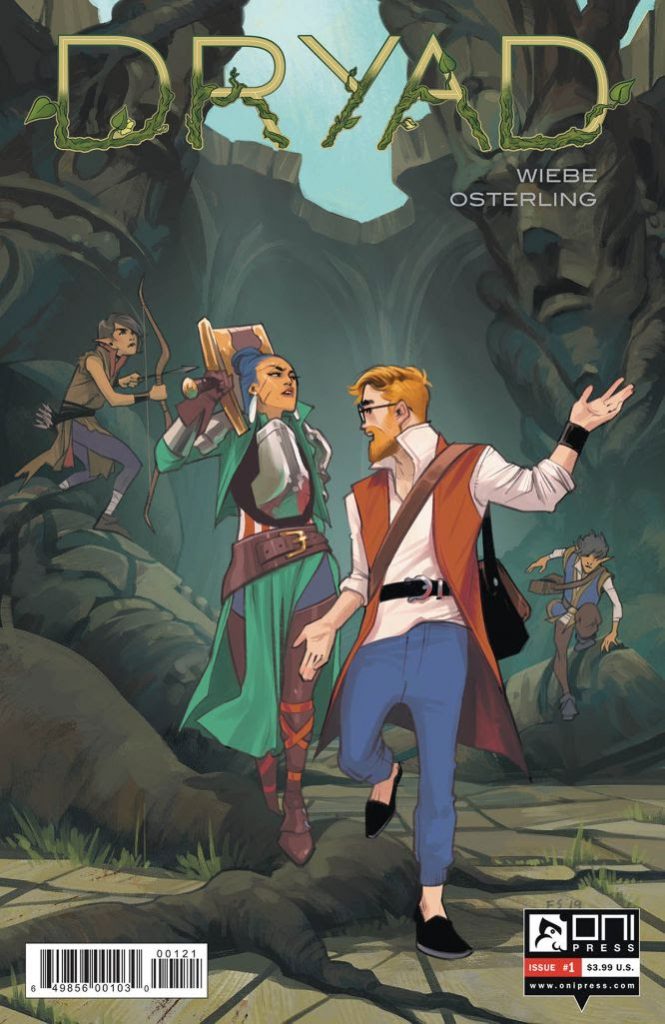 While it is set in a fantasy world, Oni Press’s Dryad is a very relatable story. It’s about parenthood and the lengths we will go to protect our children. It’s about the stress and anxiety that come with raising children, as well as trying to find the place that you can call home. Simply put, it’s a story about family and an interesting one at that.

Yale and Morgan (a human and an elf) are a young couple trying to find a place they can call home for them and their tiny family. After traveling through the woods, they finally make their way to a sleepy forest town called Frostbrook. Thirteen years later, they have established their reputation in town. Yale is a respected teacher, and although Morgan used to be a fierce warrior, she has grown into her mellow life as the town’s “pest control” specialist. Their children have also grown up, and are now typical teenagers.

Although they are twins, Griffon and Rana couldn’t be more different. While Rana is a bit reckless, Griffon plays things a little bit safer. One night, the two go on an adventure together into a mysterious old temple, and what they find could change their lives forever.

Written by Kurtis Wiebe with art by Justin Osterling, Dryad is a wonderful and exciting entry in the world of fantasy fiction. It’s a story that hits close to home for many of us, while also retaining its fantastical elements. It’s set in a world that is entirely different than ours, but the problems and daily struggles remain the same. The writing is sharp and feels natural, bringing more relatability to the story. It never feels like these are just characters in a book; they are real people. The artwork is fantastic as well; it really pops off of the page and helps transport you to this world.

The first issue of Dryad is a fantastic start to this new series. It’s a great story with plenty of adventure and mystery, with a fun family at its core. I look forward to seeing where this series goes.