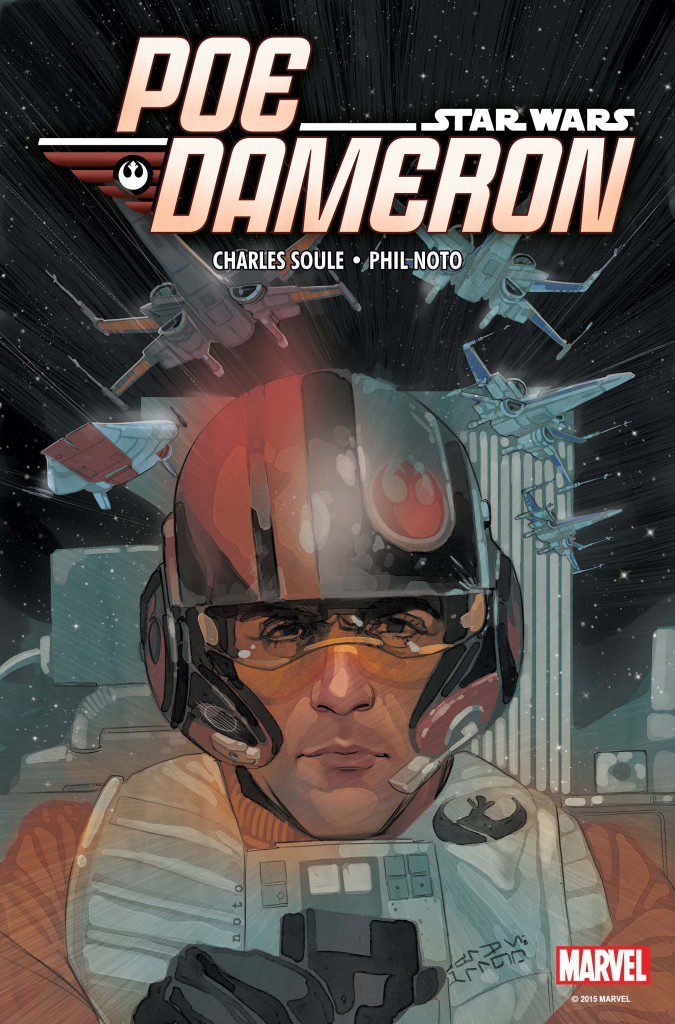 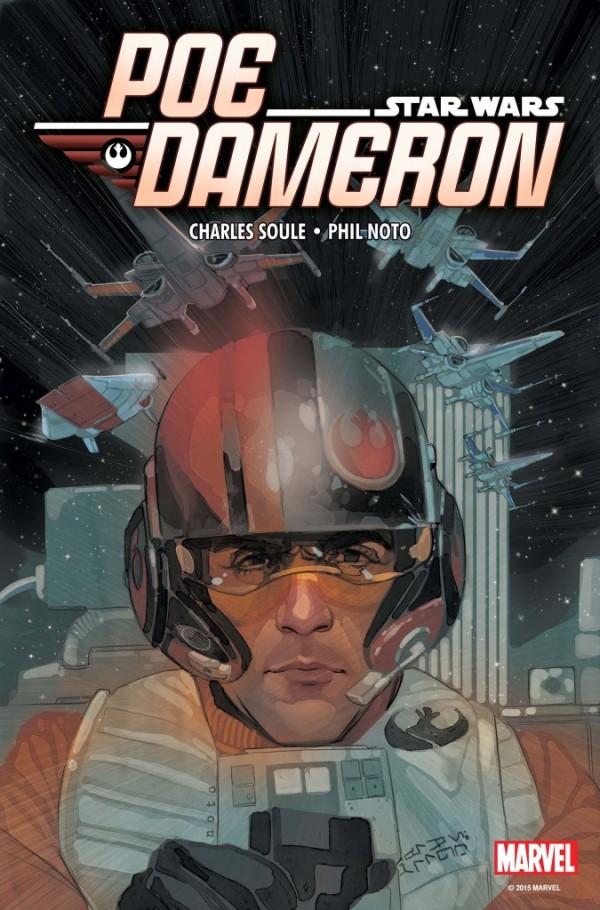 (Victor Valley)—In Star Wars: The Force Awakens, one of the breakout characters has to be Poe Dameron. The hotshot X-Wing pilot and member of the Resistance instantly became a fan favorite. Now, thanks to Marvel Comics, Poe has his own series, taking place before the events of Episode VII.

Written by Charles Soule (Daredevil, 27), with art by Phil Noto (Black Widow), the series spotlights the latest dynamic duo in the Star Wars universe- Poe and his trusty droid, BB-8. Poe is tasked with finding a familiar face from Episode VII, which takes him deep into the caves of a uncharted planet. With only his X-Wing, his BB-8, and his words, Poe sets out to find the man who might have a clue as to where the elusive Luke Skywalker has went.

With this being a prequel to Force Awakens, I felt the creative team did an outstanding job. Soule writes Poe to sound like actor Oscar Isaac would on screen. Capturing the essence of a Star Wars film isn’t easy to do with a comic book, but this felt like a natural extension to the Star Wars lore. We also get a look at Poe’s Black Squadron, one who even fought on Endor. Noto’s artwork has always blown me away, and this issue is no different. Noto is able to capture the likeness of Poe, Leia and familiar faces from the latest film with ease, and the color scheme used fits so well for the series.

For me, Poe was the breakout character of Episode VII, so I was thrilled when I learned of this series. Add one of my favorite writers, Soule, and the phenomenal artwork of Noto, and I knew it would be a great read. The book does a stellar job of setting up the series- to see how they work within the confines of The Force Awakens will be interesting. Everyone’s new favorite X-Wing pilot is back, and in grand fashion.