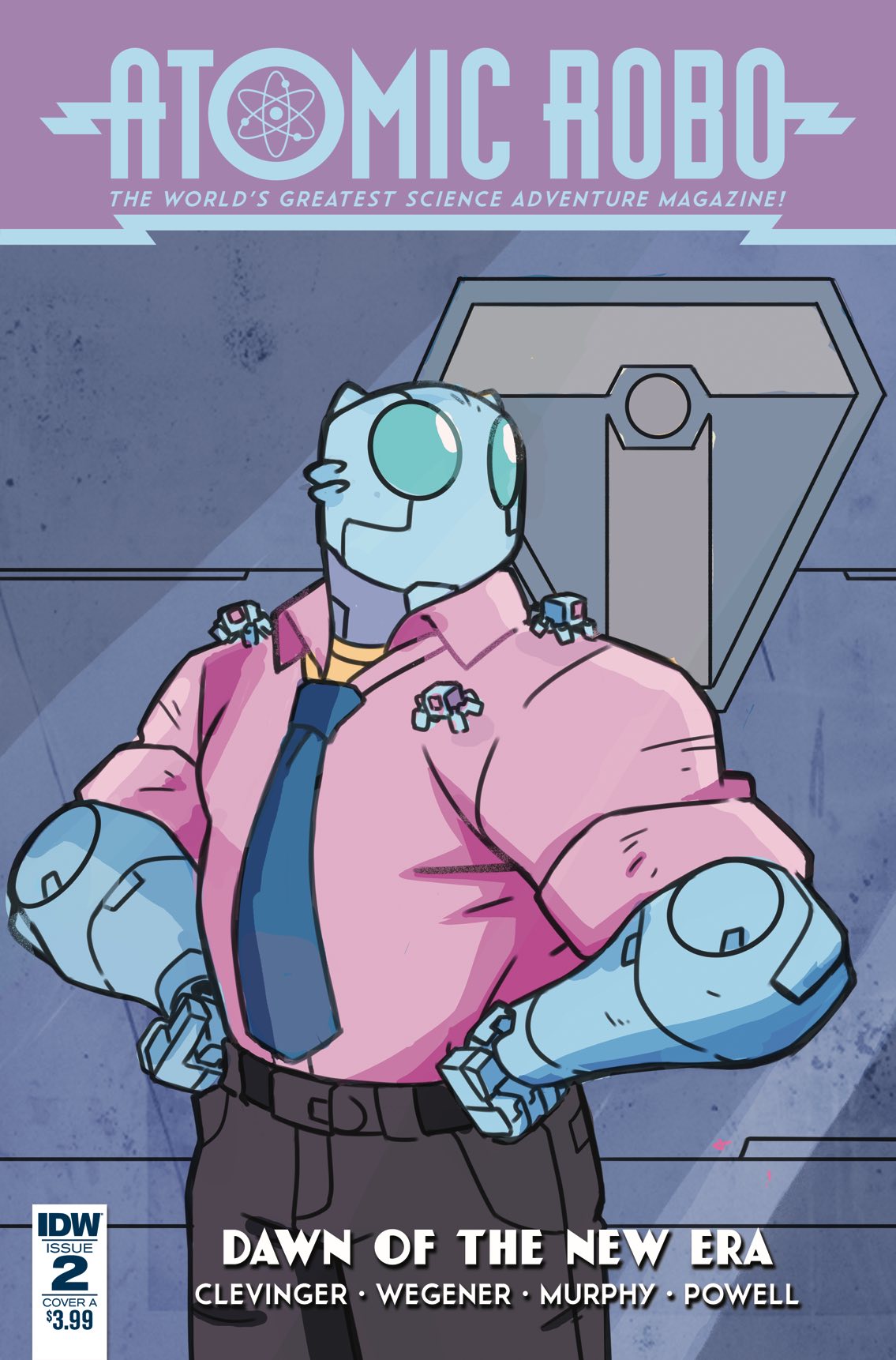 It’s the dawn of a new era for Atomic Robo, and it’s up and running with the latest issue in the new series. Issue #1 was a great intro to the series, both serving as a great jumping point for new readers as well as a great continuation for those returning to see the latest adventures of Robo.

At the end of issue #1, we saw that Robo had been secretly building a robot, we met three new interns (Olivia, Margot, and Ben), Bernard is dropped off at a volcano to explore with his robot buddy Dahila, and Vik and Lang had left for a long overdue vacation. Just another day at Tesladyne Institute.

#2 picks up right where we left off. Robo is still working on his robot, who is named after the grandfather of modern computing Alan Turning. Robo has come along way with Alan; he now has legs and is learning to walk. Vik and Lang have reached their destination, but it isn’t exactly the vacation that Vik was promised. Bernard is now lost in the volcano with some weird things going on. And the interns, well, they find a cool new place to hide out on campus.

Atomic Robo is a lot of fun to read. Written by Brian Clevinger, it has fun dialogue with excellent character development and interactions. The writing is smart and witty. The book is science oriented, but it never gets bogged down with it. It’s almost educational in a good way, and I like that about it. The artwork by Scott Wegener is very cartoonish, and he uses a lot of bright pastel colors. The writing and the artwork combine to make something very reminiscent of the best of Cartoon Network, and that’s a beautiful thing.

Atomic Robo and the Dawn of the New Era is an excellent book for all ages. It’s smart, funny and has a very adventurous edge to it. I highly recommend you give it a read.