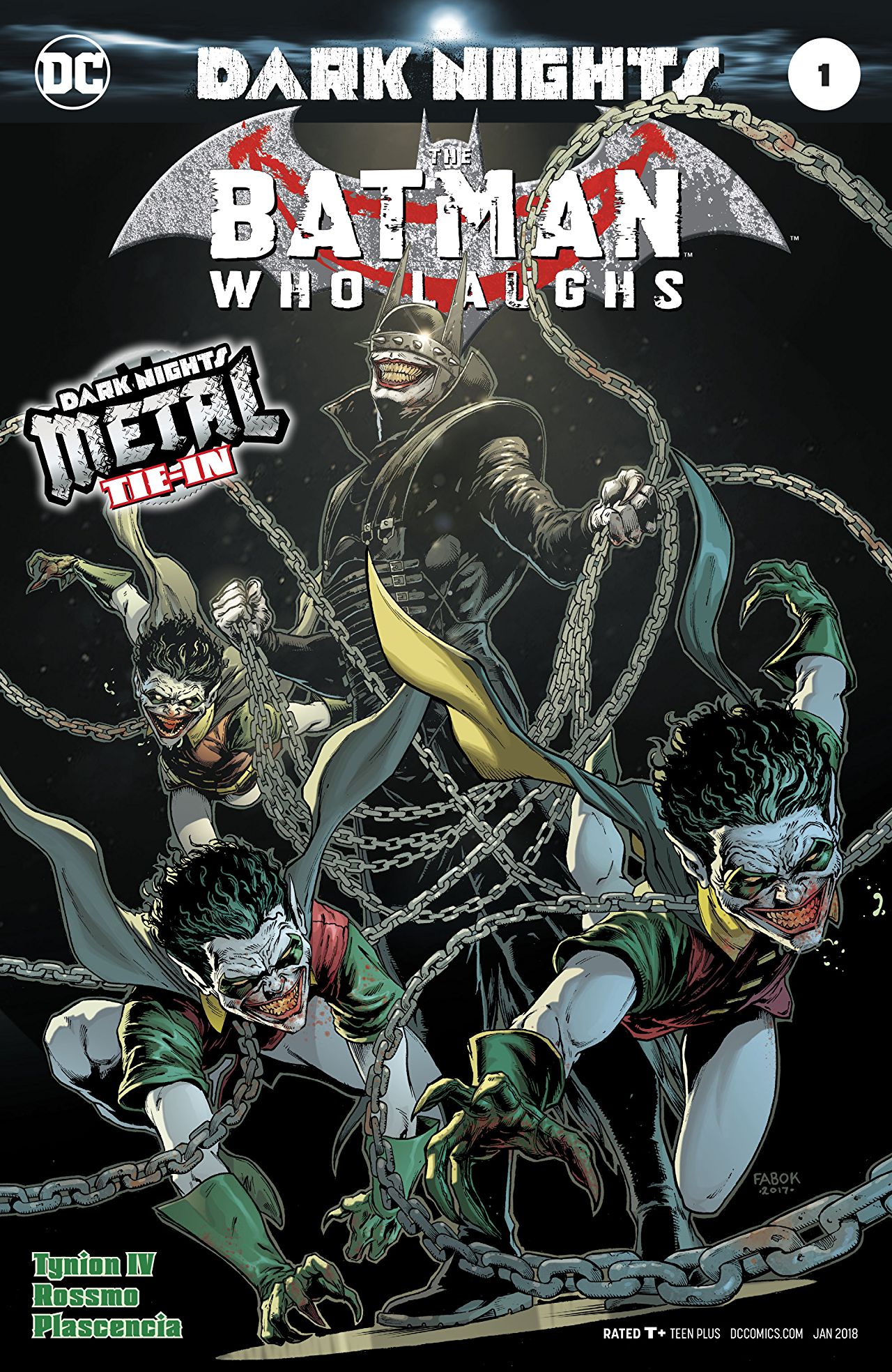 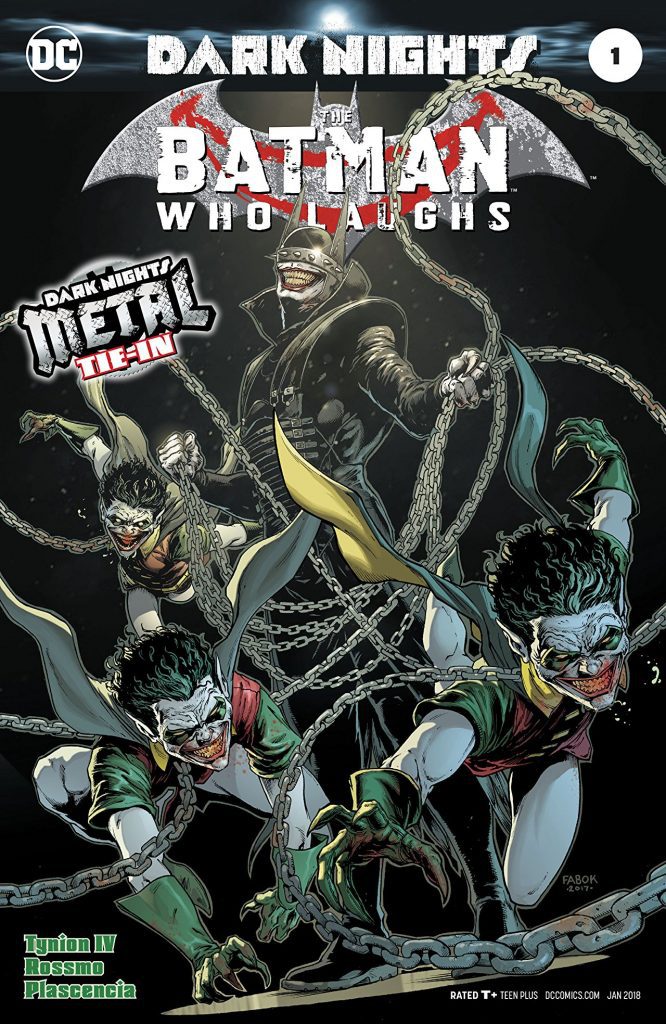 One of my favorite storylines right now, and this year, has to be DC Comic’s Dark Nights Metal. The story introduced us to various iterations of Batman from various parts of the Dark Multiverse, many of these Bat-people taking on the powers or persona of their fellow leaguers. The most frightening of the Bat-people thus far has to be the Batman Who Laughs; a leather clad, spiked, Joker-eque Batman with monstrous Robin like creatures by his side. How does such a thing come into existence?

This issue answers that question. From writer James Tynion IV and artist Riley Rossmo, this issue gives us the origin of the scariest of the Batmen. Be warned, this is a very dark book. We start with Batman locked in that eternal struggle with the Joker, who seemingly just killed Commissioner Gordon. Pushing Batman to his limit, we see the Dark Knight get darker as he ends the life of his greatest foe. But in death, Joker wins, as a toxin is released, which turns Batman’s mind like the Jokers. What we get is the most intelligent, psychotic man in the world, one that lays waste to anyone in his way.

This is one of the coolest ideas I have seen, and the creative team here hits a home run. Tynion IV captures the dialogue and mood of the book perfectly. Rossmo, whom I have followed to quite a few projects, gives us the grim landscape that the Batman Who Laughs rises in, and does so masterfully.

I have been extremely impressed with all of the books tied to this storyline, but this book tops the list so far. The Batman Who Laughs is no laughing matter, and is one of the coolest Batman stories ever printed.