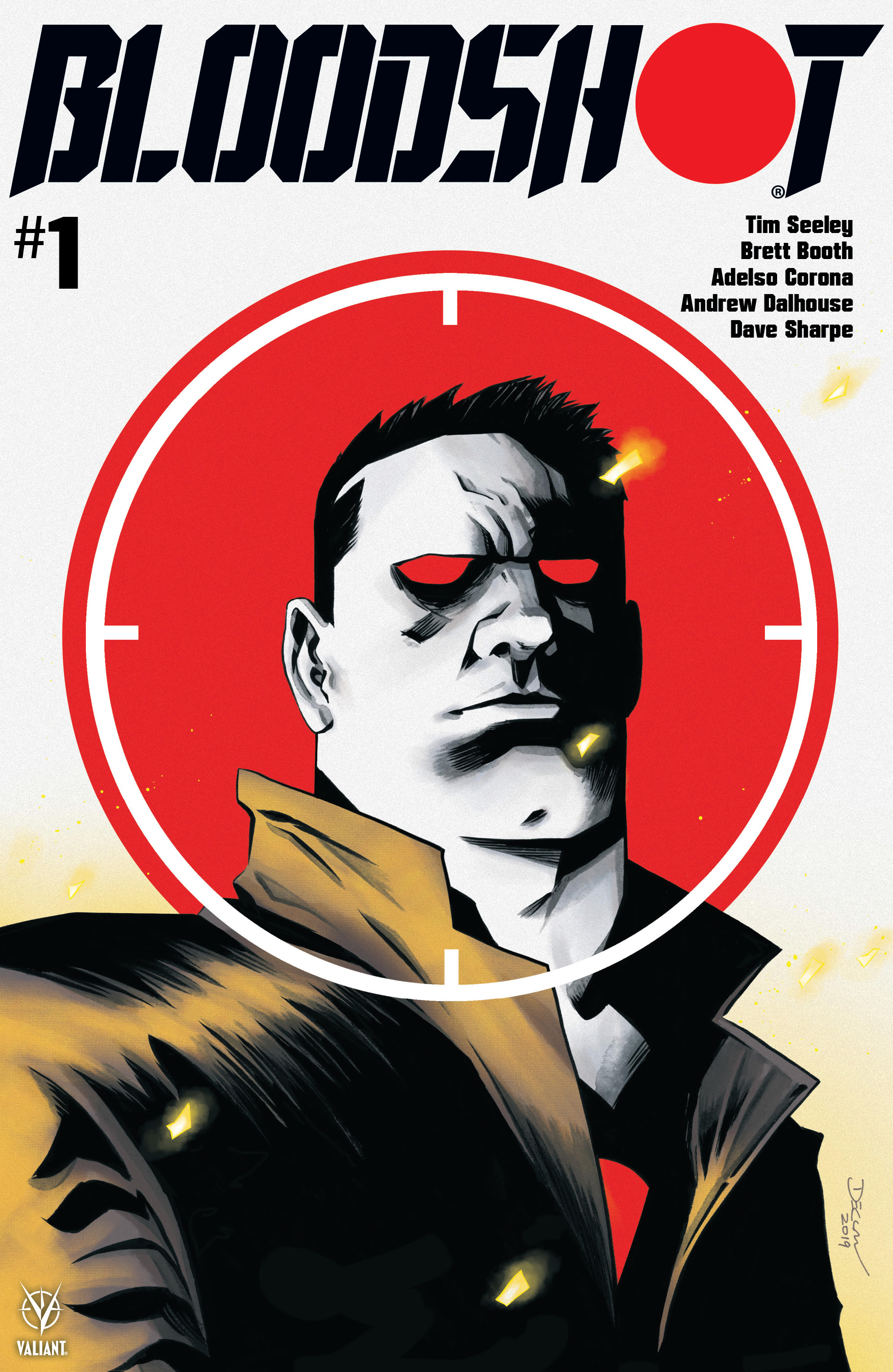 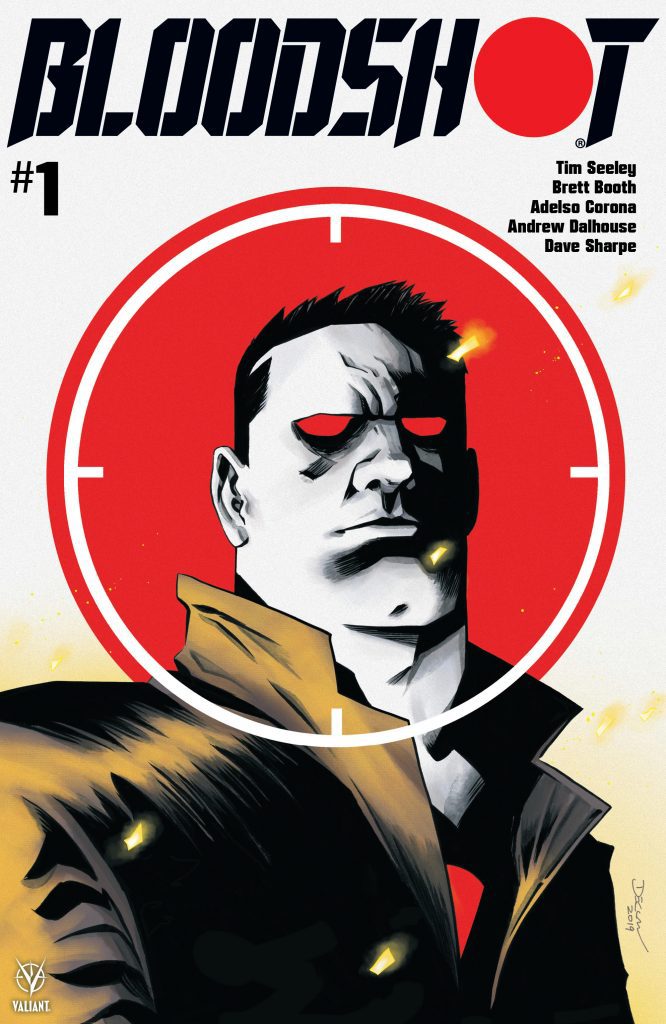 He is bound to become a household name when his feature film hits next year, so now is the perfect time for a new series. Valiant Entertainment has launched a brand new series for everybody’s favorite killing machine, Bloodshot.

Bloodshot is one of Valiant’s mainstay heroes, having been around from Valiant’s original heyday. This new series comes from Tim Seeley, Brett Booth, Adelso Corona, Andrew Dalhouse, and Dave Sharpe. I have been a fan of Bloodshot for quite some time, so I was thrilled to check out this new series. With this new #1, we get more of an introduction to the hero than anything. Bloodshot is getting a feature film starring Vin Diesel, so it makes complete sense to have a jumping on point of a new series.

With this issue, we get a high octane, action flick inspired book that showcases Bloodshot’s abilities and healing factor. We see him do what he does best and that is dispatch the enemy with bullets and brute force. We are also introduced to a group of highly trained individuals set to bring Bloodshot into custody. Why? Because he could be the most dangerous person on the planet and the most dangerous weapon.

The story is pretty simple and straightforward, but I think that is to hook new readers before the movie hits. I absolutely love the artwork, as I have been a fan of Booth for many, many years. Valiant Entertainment is about to become a household name, much like Marvel Comics, DC, Dark Horse and more. I wish this issue set up a bit more depth as we have seen in previous incarnations of Bloodshot. Yet it does serve the purpose to introduce the world to the pale, anti-hero, killing machine that you can’t help but root for. Bloodshot #1 is enjoyable, and I look to dive deeper as we move forward.