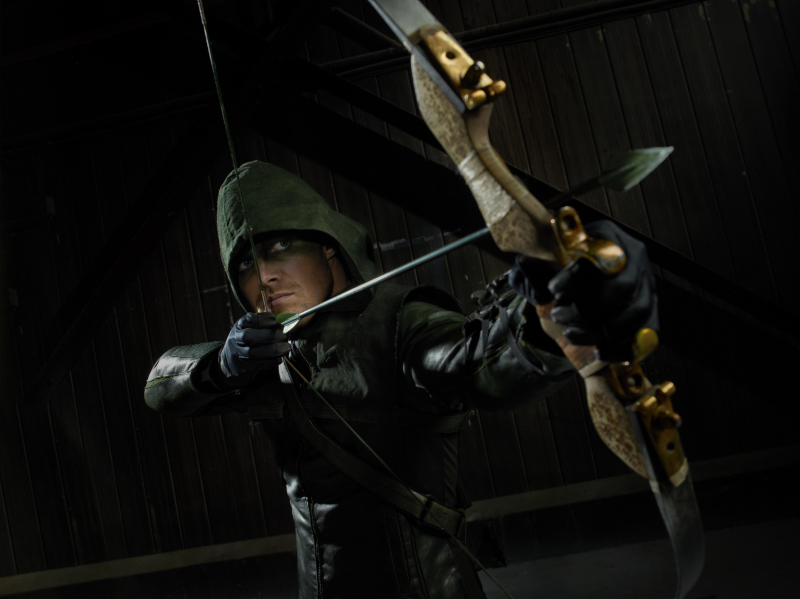 This week saw the much anticipated debut of CW’s Arrow. Based off of DC Comic’s Green Arrow, the series is looking to fill the superhero gap left by Smallville. Yet, Smallville wasn’t a comic book fans dream come true all of the time: many heroes and villains were taken in totally different directions, far away from their four color roots. So, how did the pilot episode of Arrow fair? Some spoilers below, so beware!

Extremely well, in my opinion. Stephen Amell (The Vampire Diaries) dons the bow and arrow as billionaire Oliver Queen, part of the wealthy Queen family, and he pulls off a great start to the story of Green Arrow. Of course, it’s just Arrow here I believe, which I don’t understand. For this episode, we get tossed right into the origin of emerald archer, as he is stranded on an island for five years. Five years of survival and fending for himself, that will change any rich playboy into something darker, and it does here. The whole tone of the episode is dark, especially for a CW show, but it really fits here. We meet the Queens, which includes Oliver’s sister, who he nicknamed “Speedy” (great Easter egg), his best friend Merlin (hmmm), and some of the corrupt individuals around Queen’s Starling City. Great action, great characters, and an almost perfect episode.

Why almost? Mainly, it comes to changes to the character and the world he’s in that don’t make any sense and don’t serve any purpose. For instance: Starling City. Why change the well known Star City to Starling City? What could possibly be the purpose? Also, the mask worn by Arrow is just a band of paint over his eyes: why not spring for the classic green, domino style mask? Other than those gripes, the episode was chock full of greatness (Deathstroke’s Mask! Drakon!) and is a promising start for DC’s next series. Highly Recommended, I give the Arrow Pilot Episode a @@@@ out of FIVE. I’m on board for the series, what about all of you?