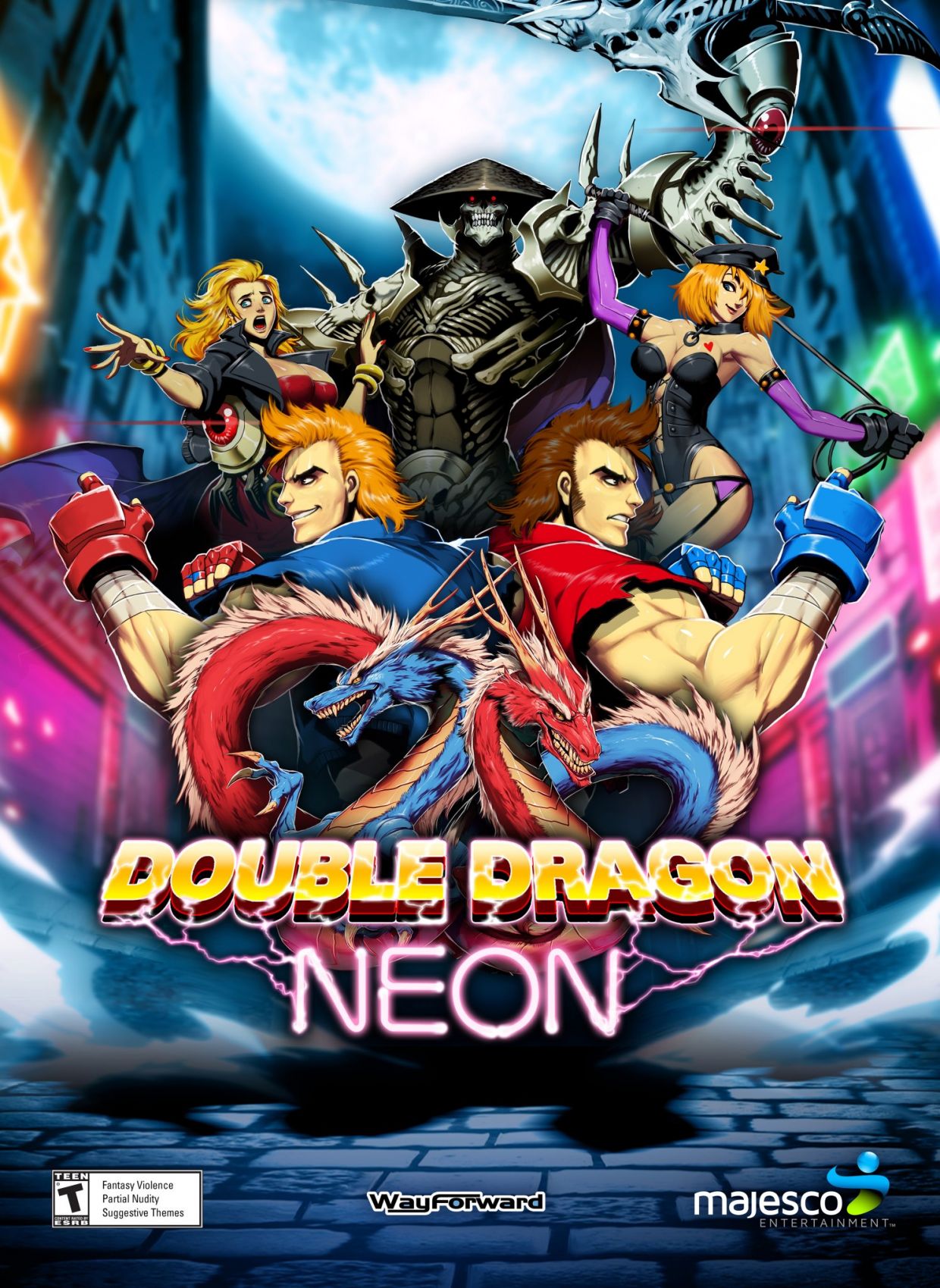 The Double Dragon franchise is something old school gamers know a lot about. The exploits of brothers Jimmy and Billy as they beat their way through the streets in order to save Marian is a piece of video game history, dating back to the days of arcades in 1987. Now, fast-forward to 2012, and we have a new iteration of the classic beat ‘em up, but does it hold a punch to the dragon’s storied legacy?

Story: The story kicks off with Marian being kidnapped by members of the evil Shadow Warriors. This prompts twin brothers Billy and Jimmy to set out to find the fair maiden, and to beat the lights out of anyone in their path. Sounds familiar so far, but get ready for a massive dose of 80’s nostalgia to be pumped into every bit of the game. From the music, the voice over acting, the goons that get pummeled at every turn: they all have a vibrant 80’s flare. The search for Marian takes the brothers through various stages, including a bout in outer space, all while on a collision course with the man behind it all, Skullmegeddon.

Design/Art: The entire look and feel of this relaunch has a vibrant, lively feel to it. The brothers look hip and back on track for a new generation of fights.  The levels are all eye popping, yet has a very 2-D, classic feel to it. The main antagonist, Skullmegeddon, is especially great, with his Skeletor like look and voice, he embodies the over the top villain that the Double Dragon franchise is known for. I’m surprised that a game that looks this good is a download exclusive, but here it is.

Gameplay: The genre for Double Dragon Neon is beat ‘em up for a reason: that’s the entire key to the gameplay, beat people up. Now, it’s not as boring and mundane as it sounds. Far from it, as combat is only half the key to winning: defense is just as important. Dodging attacks not only saves you from losing health, but also powers up the fighter for every dodge and parry he makes. This makes each level challenging, but not impossible.

Overall: Relaunching a franchise is no easy feat: just ask Golden Axe and Duke Nukem. I have been a long time fan of the Double Dragon series, so this relaunch had a lot on the line for me. Lucky for me, it paid off big time, as the game is a breath of fresh air, and a brand new start for Billy and Jimmy. If you are looking for a great game that oozes of nostalgia, then I cannot recommend this game enough.  An amazing game, I give Double Dragon Neon a 9 out of 10.