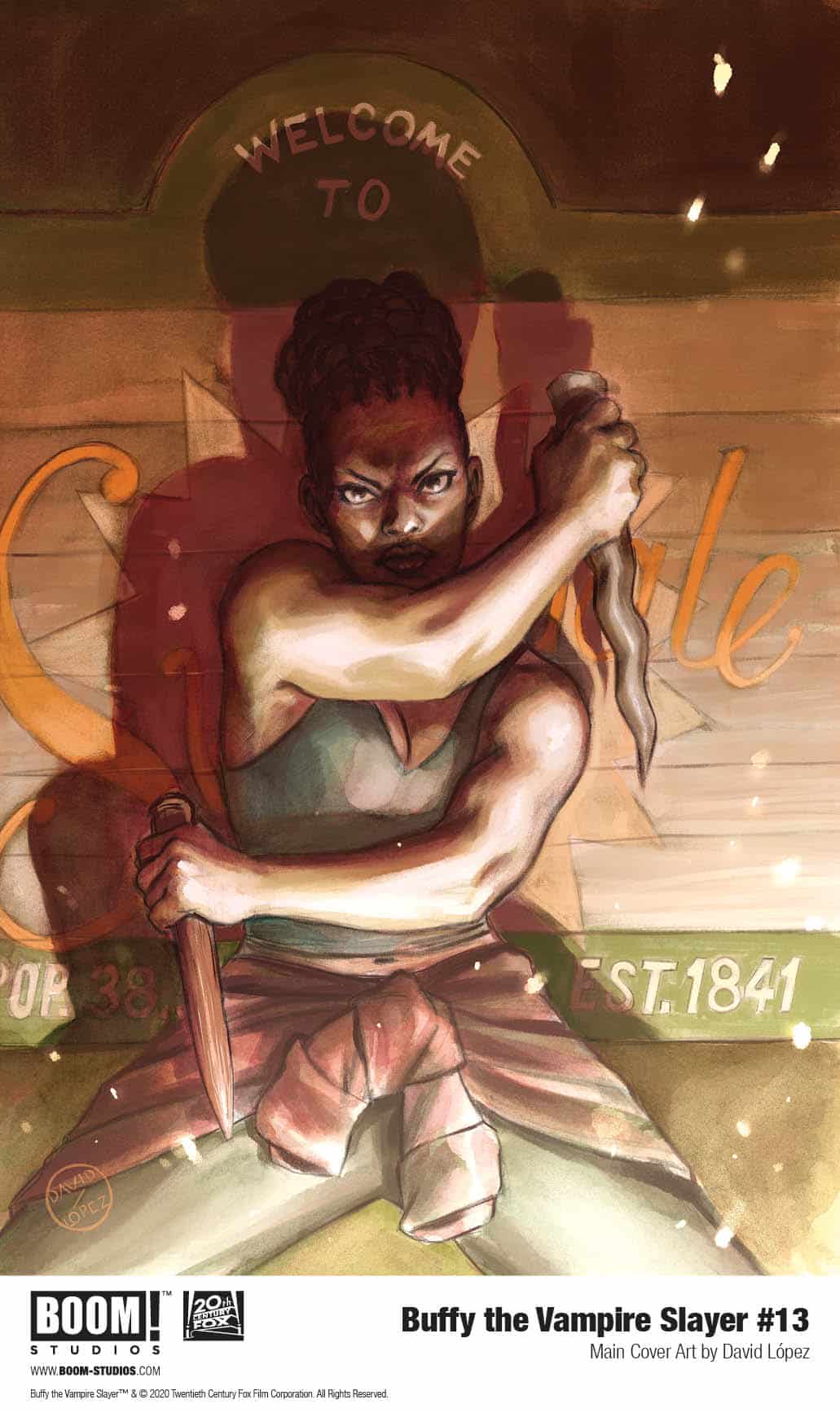 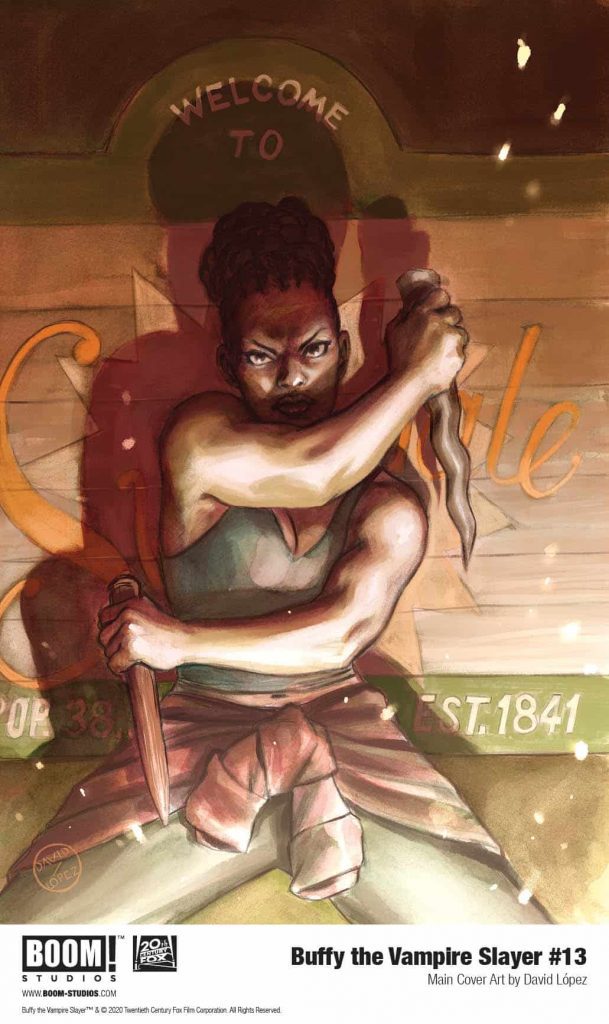 The call has gone out, now that the current slayer has disappeared. When one Slayer goes missing, a new one is chosen to step up and take over the duties of fighting off the vampires, demons, and dark forces. This issue, created by Joss Whedon of Buffy the Vampire Slayer: Ring of Fire, introduces us to our newly chosen slayer, Kendra, and a new era of Whedonverse.

We start with a set of action-packed panels, which sets up the location of where our new slayer has been sharpening her skills, alongside with her Watcher, Zabuto in Jamaica. The issue sets up the straight to business type attitude her Watcher has and then also includes Kendra’s only family, nurturing Aunt Vea.

Once deeper into this issue, I began getting a very Stephanie Meyer, Twilight: Eclipse vibe, if you are familiar with that vampire folklore. Basically, one dominating vampire is building an army of turn, tourist vampires, to do her dirty work, and it’s justified to her by the Jamaican/British history of the area.

My feeling is that with this new slayer, comes a lighter, shall I say less gory feeling, which also comes across in the artwork. Some of the panels did not appeal to me as the art was not detailed. Unlike its cousin, Angel, in comparison, this issue feels like it is trying to grab a younger demographic by holding off on the gore.

I do look forward to seeing where this new slayer takes the comic book series, as I am familiar with Kendra’s short-lived arc on the TV show. My hope is that the introduced diversity can be intertwined, and we eventually get Buffy back to create a powerhouse, Slayer duo.