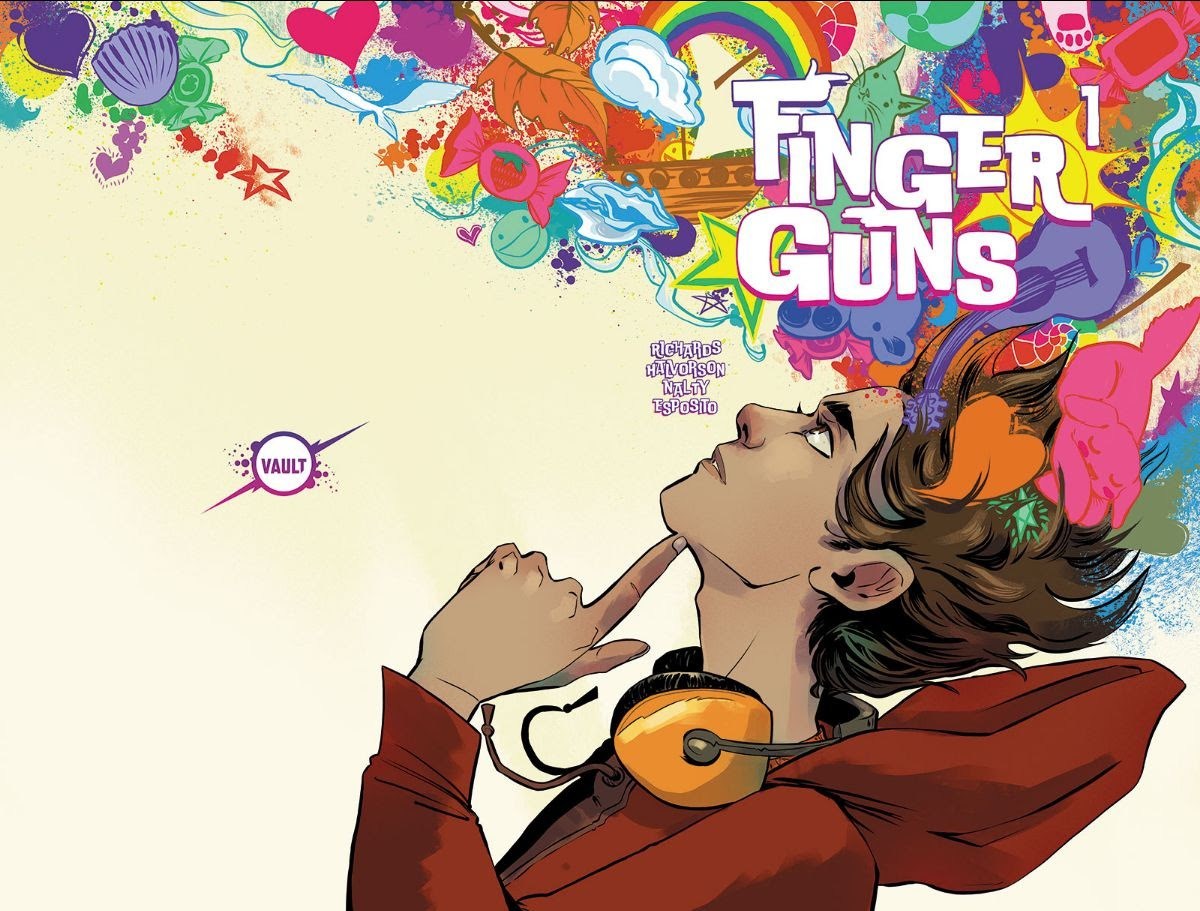 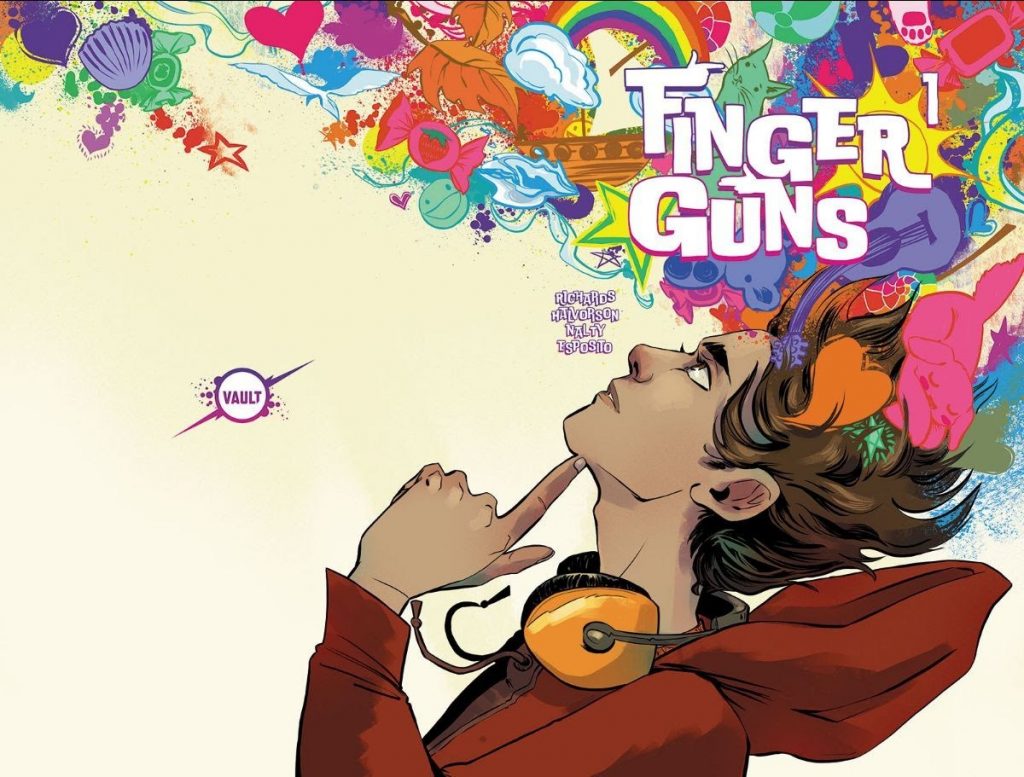 Imagine if you could actually do something with the finger guns we all used as kids, and adults. Well, in Vault Comics’ latest series, Finger Guns, we see what happens when two teens have the powers to change the emotions of people just by shooting them with, you guessed it, finger guns.

The new series is written by Justin Richards, drawn by Val Halvorson, colored by Rebecca Nalty, lettered by Taylor Esposito, and designed by Tim Daniel, and it is an extremely excellent read. Meet Wes and Sadie: Wes is an angry, bullied young man with a distant father and learns he can control emotion with a shoot from his finger guns- mainly anger. Sadie uses her powers to make people feel calm and peaceful despite being from a very troubled and seemingly violent household. When the two finally meet, they realize they aren’t alone in more ways than one.

Richards crafts a tale that is bound to dig deep into the emotional states of our two protagonists. The seeds have been planted to peel back the layers of some very uncomfortable scenarios, scenarios that are very real for teens all over the world. Wes and Sadie live two very different lives, and their choices on what they do with their powers say a lot for who they are and their current mental states. Halvorson’s artwork has a fantastic animated vibe to it, which pop with amazing colors by Nalty. This is one of the best-looking books I have seen, not only from Vault but from any publisher.

Finger Guns, though the title seems silly at first, looks to dig deeper emotionally in a world that would be a better place if controlling our emotions was so simple. A fantastic debut issue with a shock of a cliffhanger, I can’t wait for the next issue.