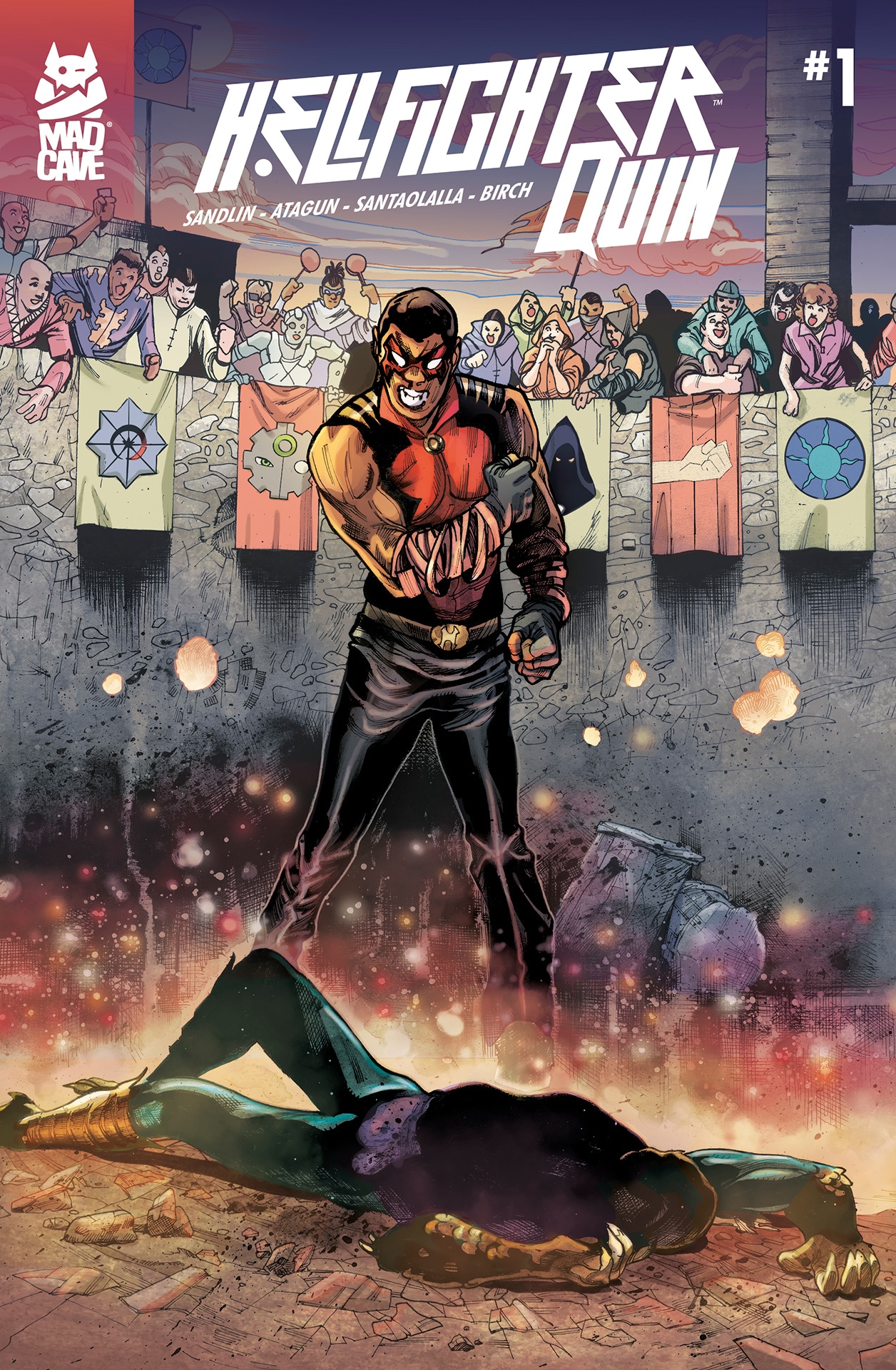 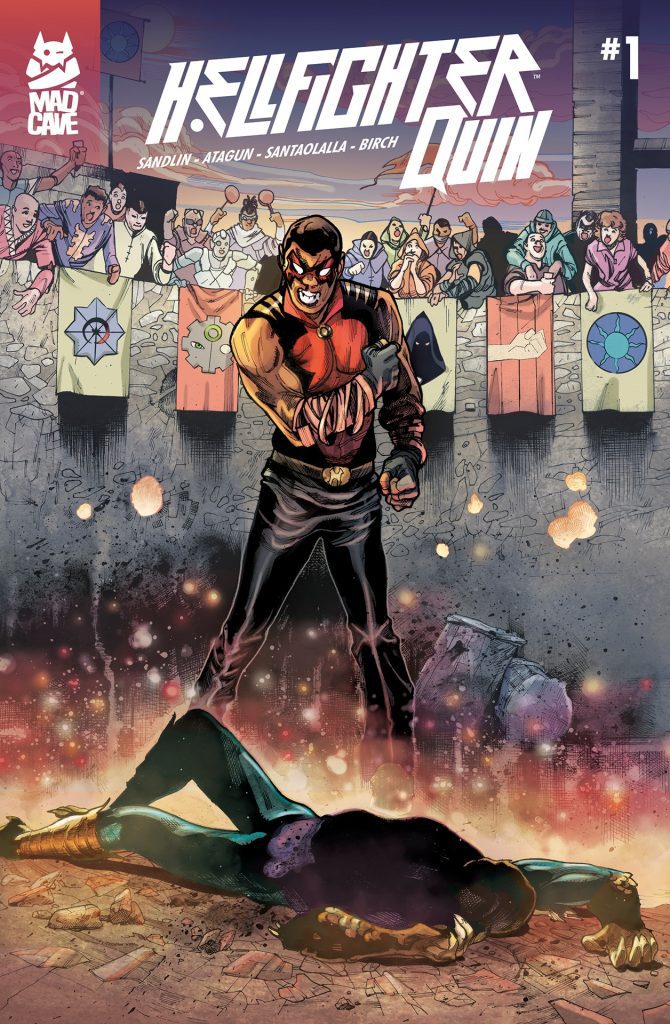 I love stories about tournaments- whether it’s the old Jean Claude-Van Dam movies, Dragonball Z, Yu Yu Hakusho- the stories of a hero making his way through the ranks for the grand prize is always exciting to experience. With Hellfiigher Quin from Mad Cave Studios, we see a masked vigilante forced out of retirement and into the fight for his life.

Written by Jay Sandlin with art by Atagun, Maria Santaolalla, and letters by Justin Birch, the debut issue for Hellfighter Quin gives us a great example of what to expect in the series. Quinlan Jones, known as the Hellfighter, gave up his days as a vigilante long ago. But when one of his students steals his old costume and enters a tournament for the Azure Sun, Quinlan goes headfirst into danger to save his student. We get to see Quinlan fight, and it’s an impressive chain of events. We see Quinlan move forward and end up in a new stage of danger and death.

Sandlin creates a fun story with Hellfighter Quin- I like the idea of a retired vigilante giving it one last go. The book has plenty of foul language, so if that offends you- you are warned. It all feels very natural and conversational, though. Atagun’s artwork is best when in action, and it has a very kinetic feel to it. The designs and lifework are all well done, but as I said- the fight scenes are what will bring you in.

I am impressed with the first issue, as it sets up for a massive journey that Quinlan might not survive. Hellfighter Quin pulls no punches and goes bell to bell, making for an excellent debut issue.