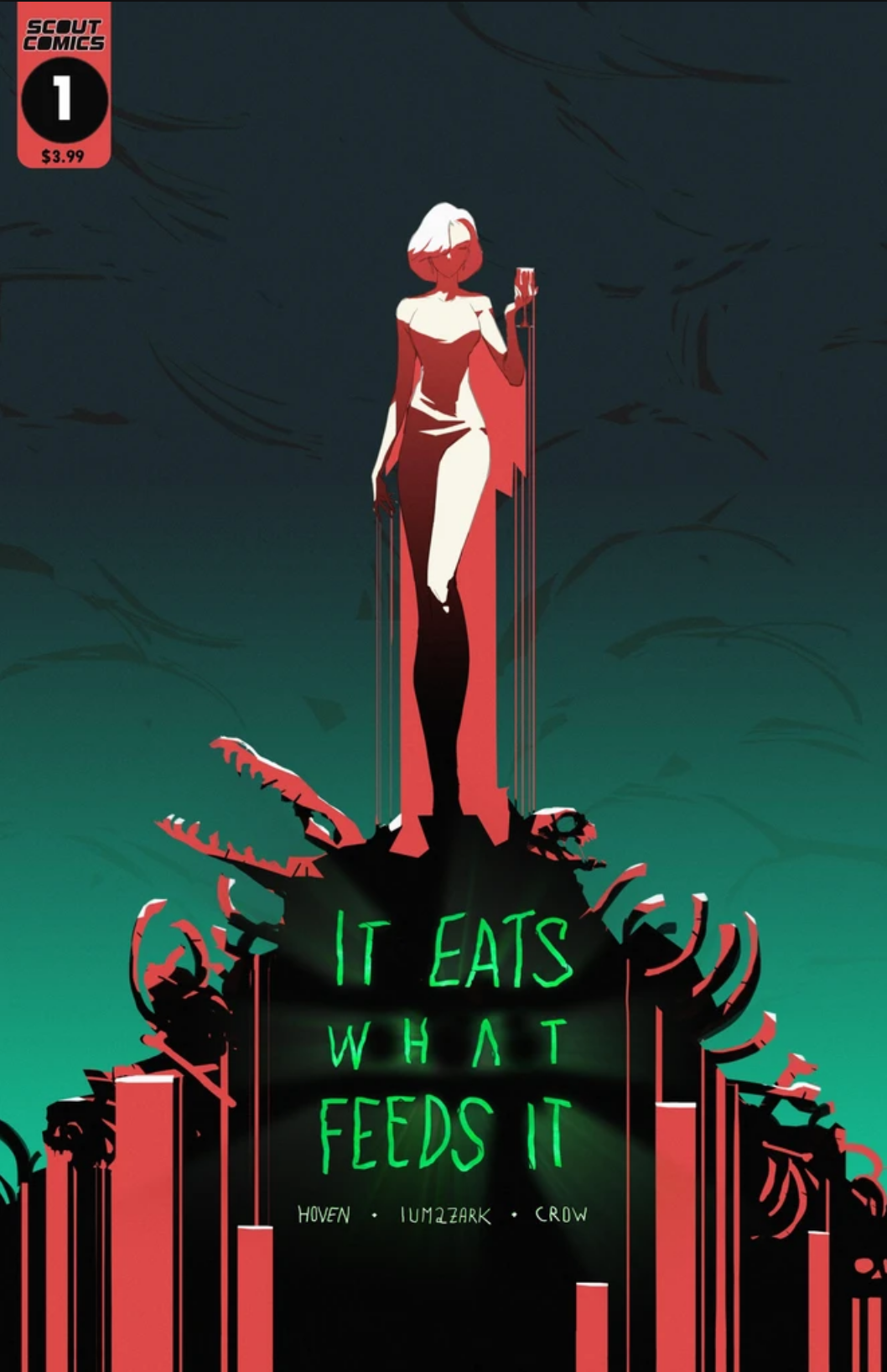 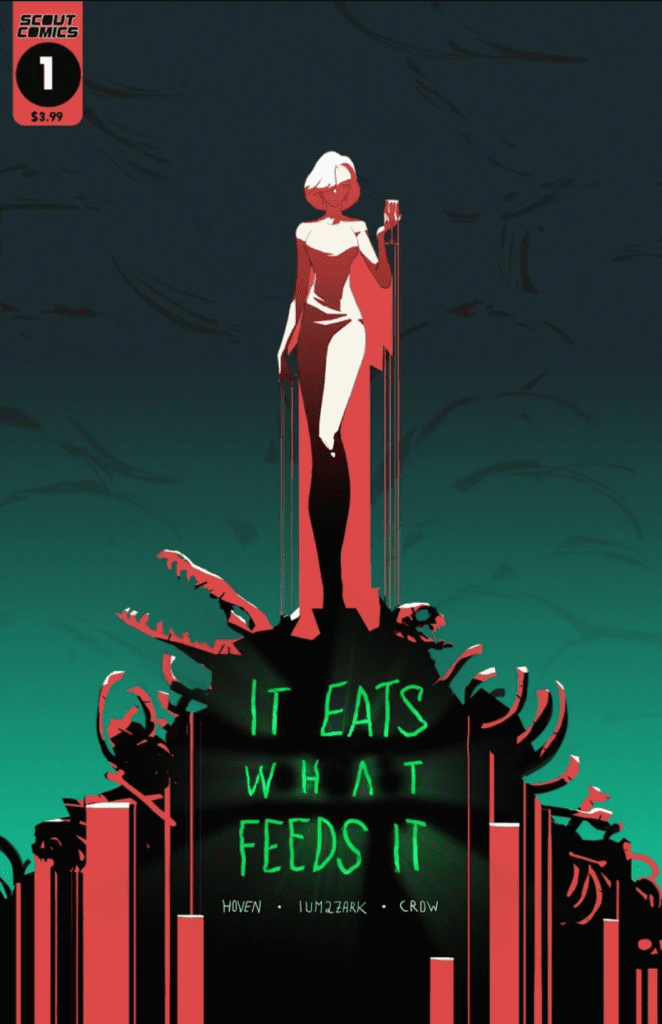 Sometimes a book sticks with you at first sight. For me, it was when I saw the first promotional image for It Eats What Feeds It, from Scout Comics. By Max Hoven, Aaron Crow, and with breathtaking art by Gabriel Iumazark, this debut issue pulls you in deep into the bayou and the unknown.

The story is about Kenny, a kind of careless teenager in search of a job. He seeks out handyman work at an eerie mansion deep in the bayou, expecting to see a man that fits the bill of all the serial killer flicks: deranged, crazed, thirsty for blood. Thanks to unexpected car trouble, he is forced to go into the home, and what he finds is a beautiful, middle-aged woman, Francois, with an allure all her own. She is seeking a young handyman to help as her body has been failing her, and what Kenny sees is a cushy job with a sexy boss. But not all is what it seems, as Kenny learns. A kitchen full of bloody ribs, an attic that is barred closed. Yet, the young man accepts, but is he ready for the secrets Francois and this household?

The story flew by in this first issue, which is the mark of a great story. I haven’t read such a fluid story in some time. The creators are akin to the “show, don’t tell” way of making comic books, which I absolutely love. There aren’t many caption boxes here: this story is driven by the stark visuals from Iumazark and the on-point dialogue. The emotions, the expressions- it’s like a 2D animation. That’s how amazing this book reads and how fluid. The book does have some rated R language and suggestive moments, but for mature readers, this is a fantastic read.

With an ending that makes you think Kenny is in way too deep to make it out, It Eats What Feeds It #1 hits all of the high notes. It’s a horror story with a slow build, but not too slow. We see the seeds being planted; we see the writings on the wall. I cannot wait to see Francois’s full story and if this silly teenager can escape her clutches.