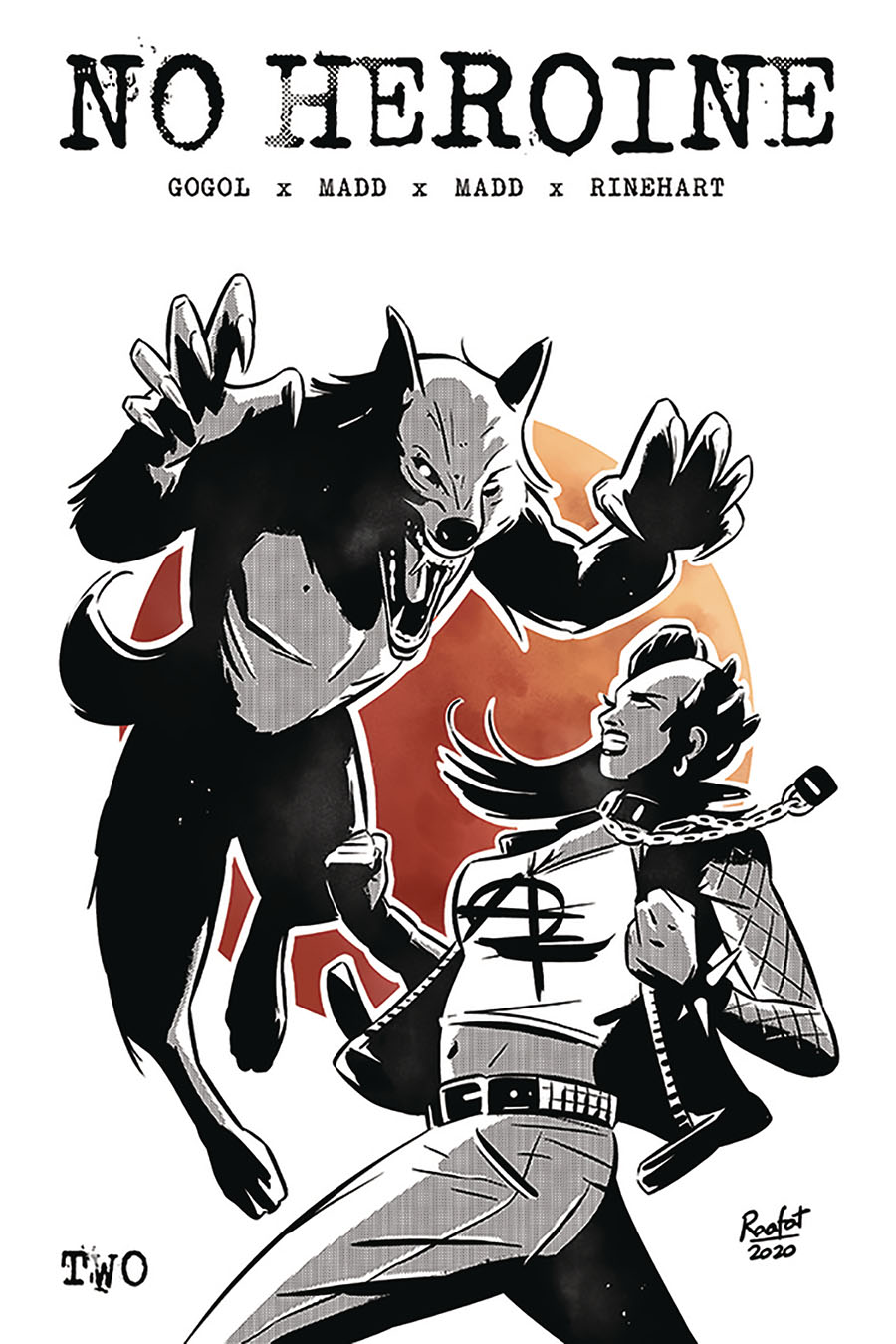 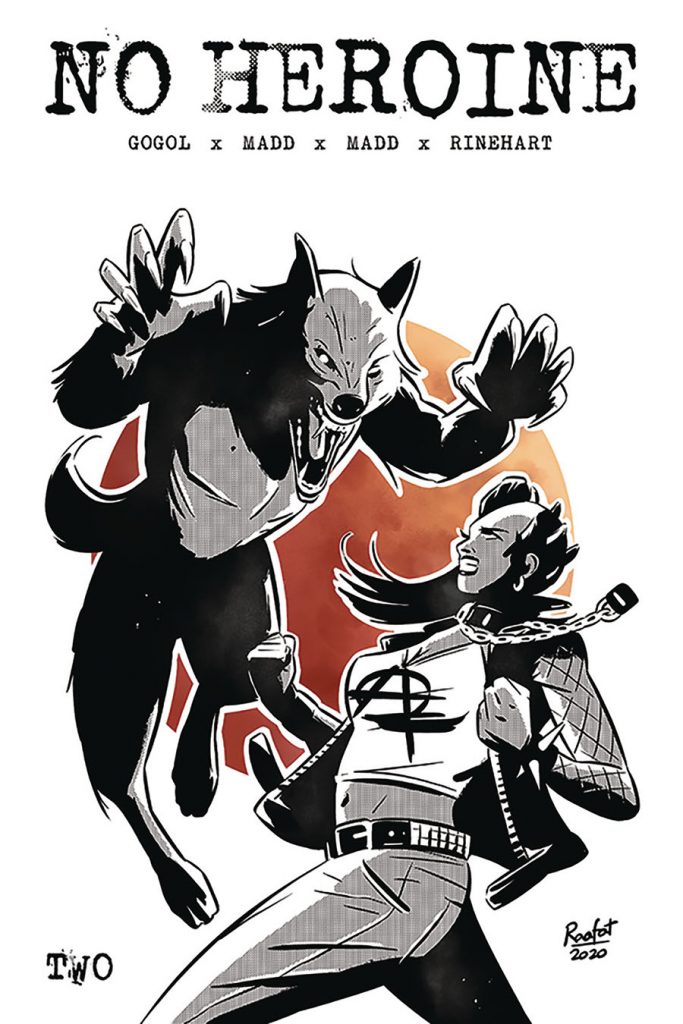 With No Heroine’s debut issue from Source Point Press, the creative team took us down a dark road. Kayla, our heroine who is battling demons of her own besides the band of vampires she dispatched, had a glimmer of hope by the end of the issue. She was still alive and still trying to reach her mom, who kicked her out due to the path Kayla went down. With the second issue, we go deeper down the rabbit hole.

From Frank Gogol, Criss Madd, Shawna Madd, and Ahmed Raafat, we see Kayla cross paths with a young woman at a diner with a secret. This chance encounter leads to a tussle with a true to life werewolf, which is incredible. But it’s the backstory that gets weaved in between Kayla’s battle of life and death that packs the bigger punch. We see why she was kicked out of her mom’s house, we know what happened to her family in the past, and we see it all. It’s hard to read for those that come from a troubled past because Gogol and Madd nail the emotions perfectly. Drugs and loss are never easy to talk about, but for many of us, we have experienced it somehow in our lives. Maybe we know it personally, perhaps it was a family member or friend- but we know the pain it brings, and this book nails it.

Kayla’s journey is not a picture-perfect, made for Hollywood story, and it shouldn’t be. The fight scenes are bloody and graphic, the language is present, but you know what it is? A slice of real life with monsters thrown in. But not all monsters are the classic, Universal style ones we see on the silver screen. No, many of the monsters are human- again, a slice of life. Madd’s artwork is out of this world, and the emotion and pain are captured so well. From the fight scenes to the flashbacks, we see the pain dripping off the page.

Do you want a modern-day monster story? This is it. From vampires and werewolves to the neighborhood drug pushers, Gogol gives such a great mix of monsters, both fiction and fact. I am blown away by this issue: the story being told in flashbacks that parallel the dangers Kayla is facing is masterfully done. One more issue, and for Kayla, will that be enough time to make peace with her ailing mother? If you are looking for a fantastic, R-Rated monster romp with a kick-ass, flawed heroine, there is no better on the shelves than No Heroine.

Nolan P. Smith is the Editor and Co-Founder of Pastrami Nation. Being a reporter for the past ten years, he has worked for a variety of media outlets, from newsprint to the ever-evolving internet platform. Residing in Victorville, CA, writing has always been a significant aspect of his life. A reporter, teacher, public relations specialist and more, he takes the most joy out of covering the world of pop culture. You can follow him on Twitter @nolanpsmith, and Instagram @kakooee.