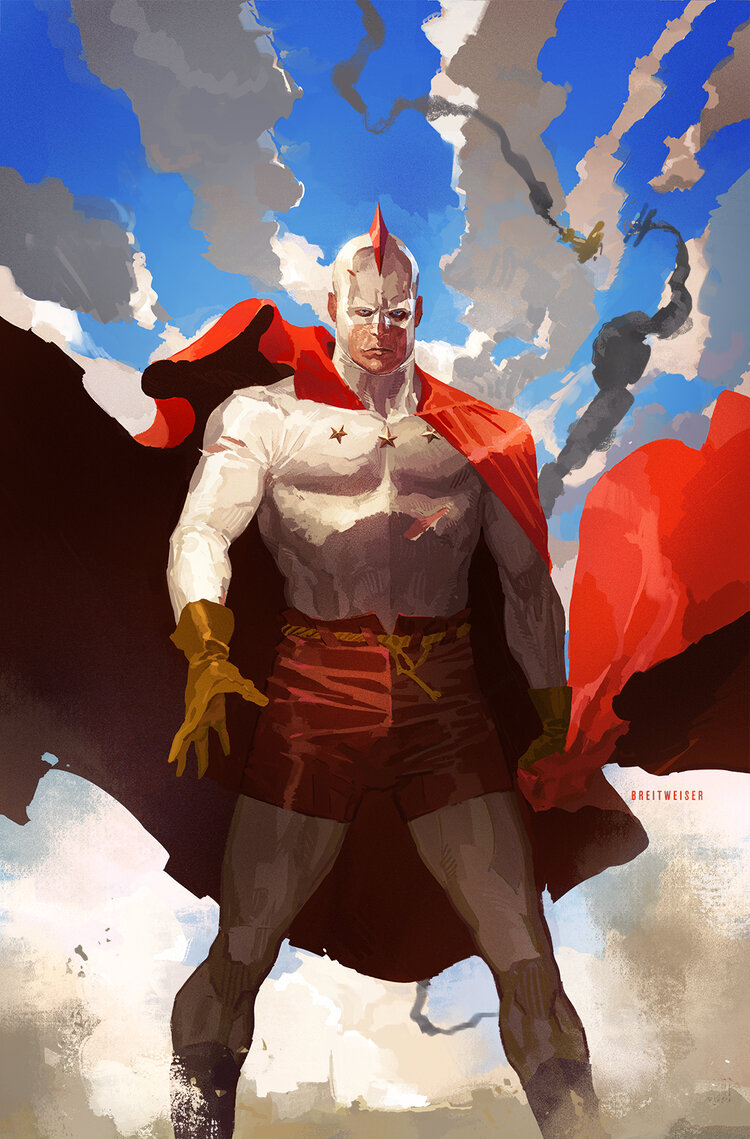 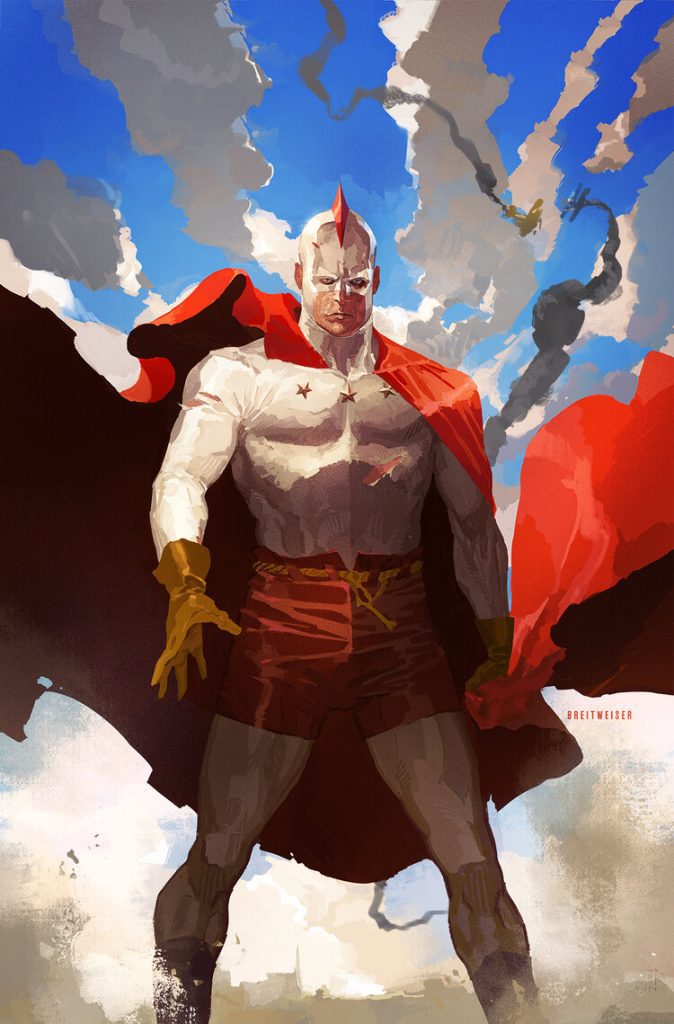 My favorite aspect of the comic book market has to be the independents. Don’t get me wrong, I love Marvel and DC as well, but my eye is always to what’s new, whether its a new artist, writer or publisher. Allegiance Arts & Entertainment caught my eye at a Wal-Mart of all places, and it was Red Rooster that drew me in. So I am honored to make my first review of an Allegiance Arts & Entertainment series the first episode of Red Rooster.

Mitch Breitweiser, Mark Pellegrini, and Elizabeth Breitweiser craft the superhero title out of the four launch titles for the publisher. The Red Rooster isn’t just a hero; the name is a legacy, one carried on by Frank Cooper, a seemingly down on his luck man that we see at the beginning of the story. We see that the Red Rooster is no more, at least not in costume and spirit, but why? And how? Those questions begin to get peeled back as we jump back a few years to the ’30s. We see the Red Rooster and his sidekick Strongboy, and other heroes, living in the limelight of fame. Movie roles, commercials, and stopping the bad guys? Sounds like the life, but money corrupts, and by the end of episode 1, we get a glimpse at the downfall of our hero.

Breitweiser and Pellegrini have crafted a tale of heroism and values, steeped in the dust bowl era and crawling with mystery. You cannot help but want to root for our hero, from the flashbacks to his more depressing times, as he seems like a real stand-up guy. I want to see more of the heroes of this era. I want to see if the Red Rooster will don the mantle once again, and what that will look like. The artwork here is fantastic, with energetic action scenes, fantastic flashbacks, and incredible costume designs.

I didn’t know what to expect when I first dove into this book, but I am so glad I have it a shot. Red Rooster is a fresh, new series that harkens back to yesteryear in grand fashion. I am already pumped for episode 2! Make sure to give this book a shot; it’s going places!

Nolan P. Smith is the Editor and Co-Founder of Pastrami Nation. Being a reporter for the past ten years, he has worked for a variety of media outlets, from newsprint to the ever-evolving internet platform. Residing in Victorville, CA, writing has always been a significant aspect of his life. A reporter, teacher, public relations specialist, and more, he takes the most joy out of covering the world of pop culture. You can follow him on Facebook, Twitter @nolanpsmith, and Instagram @kakooee.