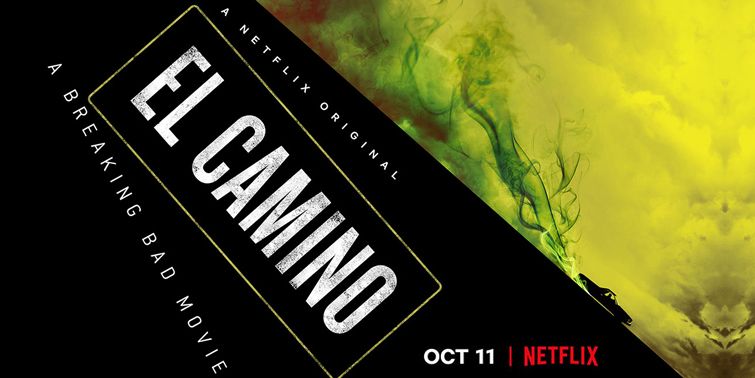 If you watched all of the seasons of Breaking Bad, then you know you have wanted to find out what exactly happened to Jesse Pinkman (Aaron Paul). Well, it took a few years, but we finally get an answer with El Camino: A Breaking Bad movie. Was it worthy enough to carry the coveted Breaking Bad name to it? Spoilers ahead.

I have to say, yes- yes, it was. For me, it felt like one long episode to tie up loose ends. That isn’t a bad thing. Yet, if you went in hoping to get the emotional rollercoaster and surprise reveals we saw throughout the show, you might be disappointed. The movie picks up right after the last episode, as Jesse has escaped the compound the Aryans were holding him captive at, driving down the road in Todd’s El Camino. But we also see a scene that foreshadows the whole movie with Mike talking to Jesse, probably in Season 5, as Mike suggests Alaska as a place for Jesse to start over.

We get to see a ton of familiar faces from the show, like Skinny Pete, Badger, a lot of screentime for Todd, who noticeably looks different since his Breaking Bad days. But the focus here is Jesse as he tries to make one last run to a new life. He also confronts the tragic past that continues to haunt him. This is Jesse’s story; this is him coming to terms with the torture and abuse, as well as the loss.

There was no big swerve here, no tragic ending like Walter White got. No, Jesse receives a second chance in America’s Last Frontier, Alaska, thanks to another familiar character from Breaking Bad’s past. That is good enough for me. I always knew Walter wasn’t going to get a happy ending; he went too far down the rabbit hole. So I am glad to see Jesse get a second chance. It was great revisiting this world, and it felt far more like Breaking Bad than the most recent season of the spin-off, Better Call Saul. I think this is a great way to end it, Vince Gilligan gave us one last swan song, and I am thankful for that.