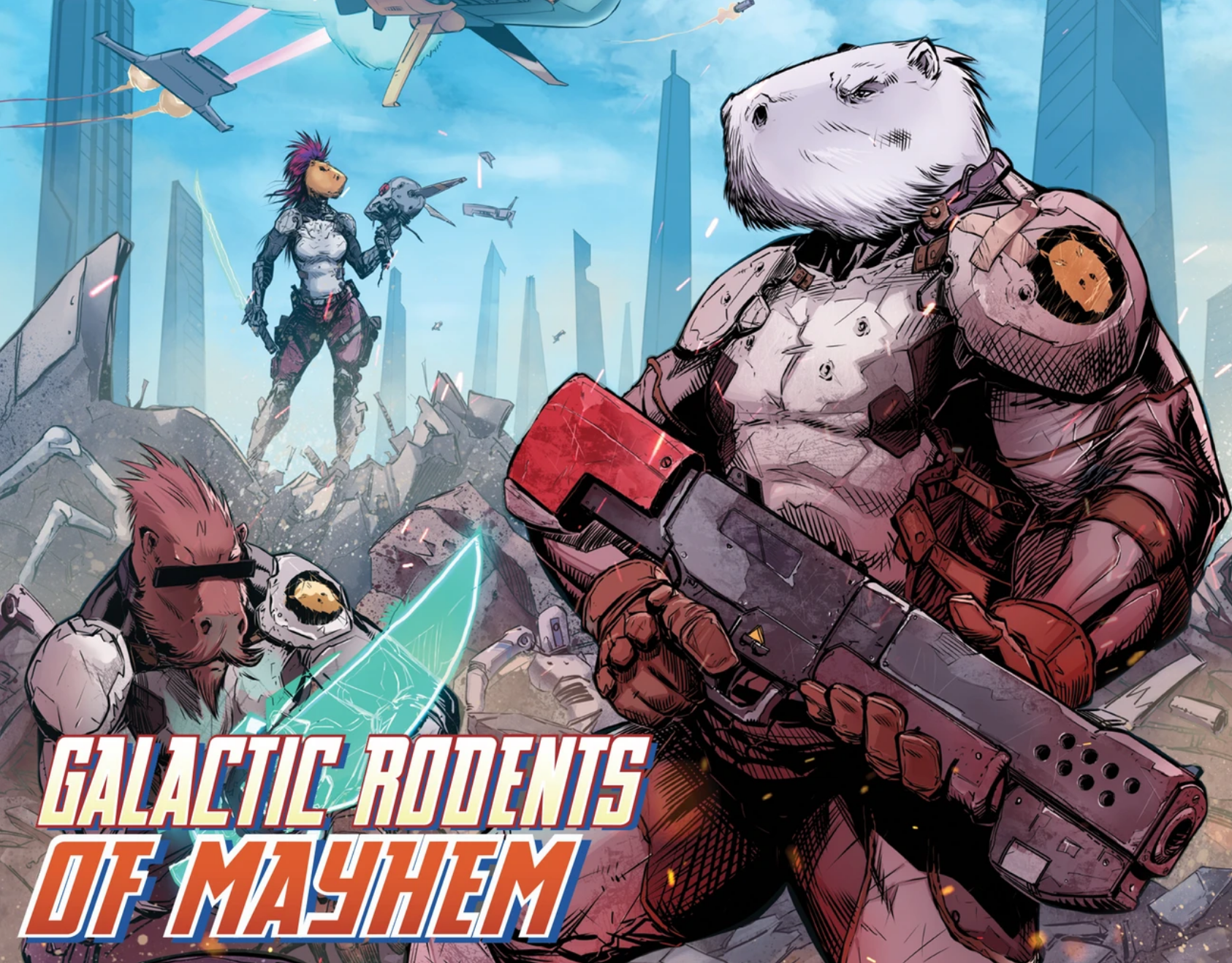 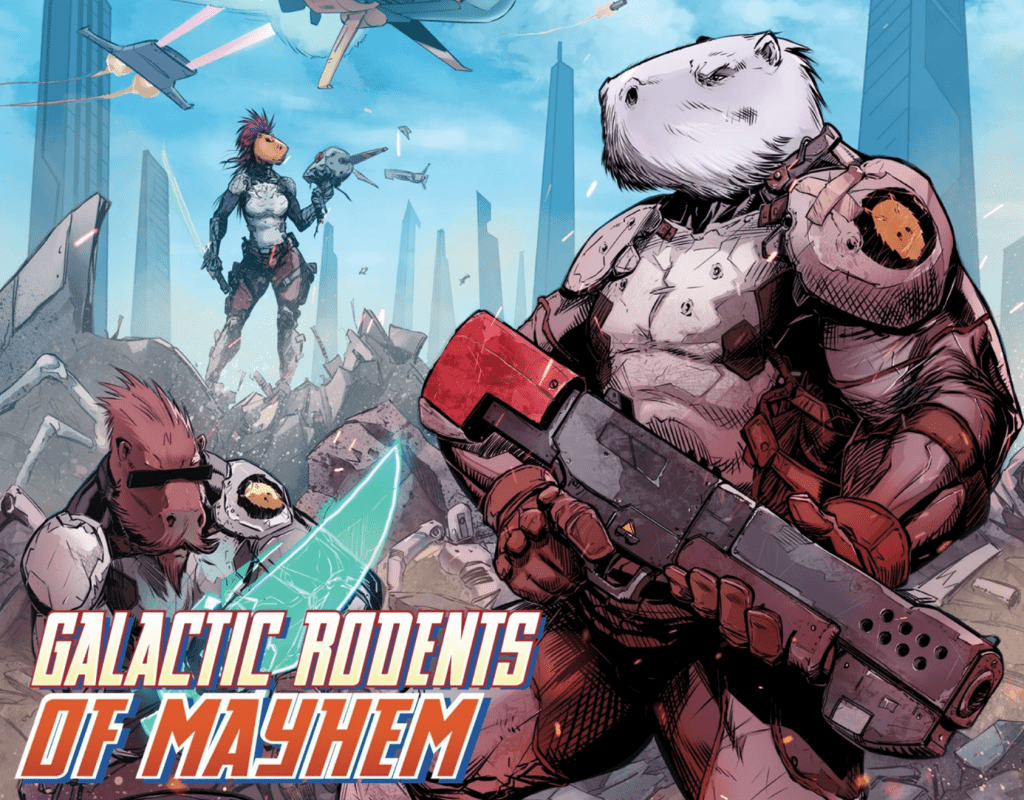 Fueled by the power of nostalgia, GALACTIC RODENTS of MAYHEM is an 80’s/90’s Saturday morning cartoon on roids! It’s the capybara lovechild of STAR WARS and TMNT! Come for the nostalgia, stay for the MAYHEM!

Tell me that doesn’t sound amazing!

After a hefty $100 million bounty is suddenly put on their heads, BASH, RIPPLE, & MONA-LISA embark on a deadly cat-and-mouse game of survival that pits them against the menacing DARK RAIDER. Led by father-figure, GAN-GON, the gunslinger gecko, our furry bounty hunters are finding it impossible to dodge the fearsome general of S.P.A.C.E (Space Police Authority & Command Enterprises), who has sicced everything from sniper vipers, armed armadas, and a hulking robo-shark on our heroic space capybaras. They are ultimately pushed to the brink, as inner turmoil within the group begins to gnaw at their resolve, ending in Gan-Gon’s capture as he puts his life on the line to ensure his “capy” kids escape unharmed. Not content in leaving their reptilian dad in the clutches of Dark Raider, the Galactic Rodents of Mayhem come together and hatch a last minute plan to rescue Gan-Gon. Even though the capybaras fought valiantly and destroyed Dark Raider’s signature flagship, they tragically lost Gan-Gon in the process. However his death did not go in vain, as it finally unified the capybaras, inspiring them to memorialize the courageous gecko forever in their hearts. They will honor his last wish by sticking together on a hideaway planet far away from violence and turmoil, that is, until Dark Raider resurfaces out of nowhere ready to converge on the safe haven of our oblivious anthropomorphic heroes.

“We were impressed by the vision of Scout. A powerful up-and-coming indie comic book house that is looking to make a name for itself as a publisher, as we are with our cool capybaras.” – Deltrez & Navas