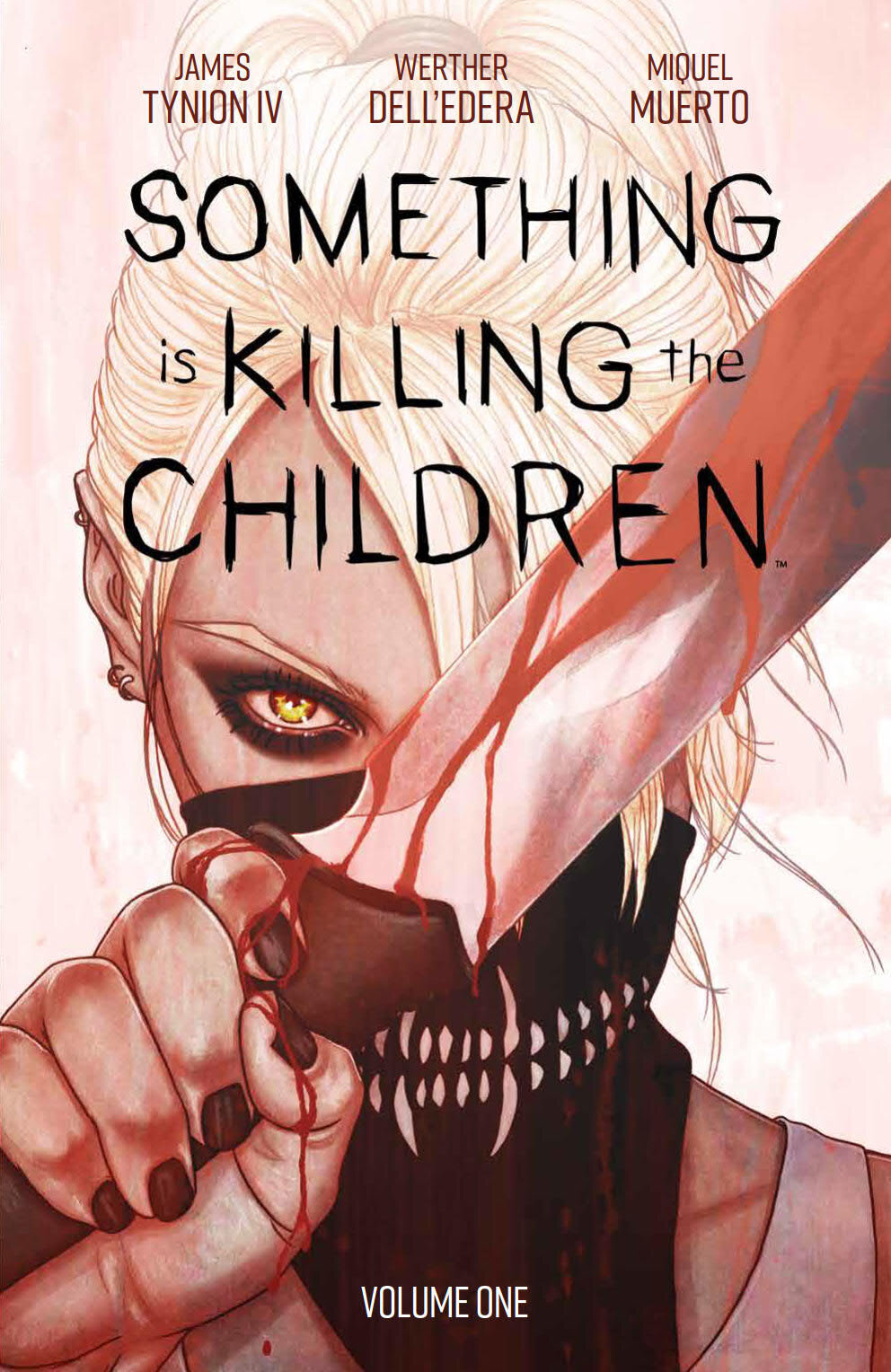 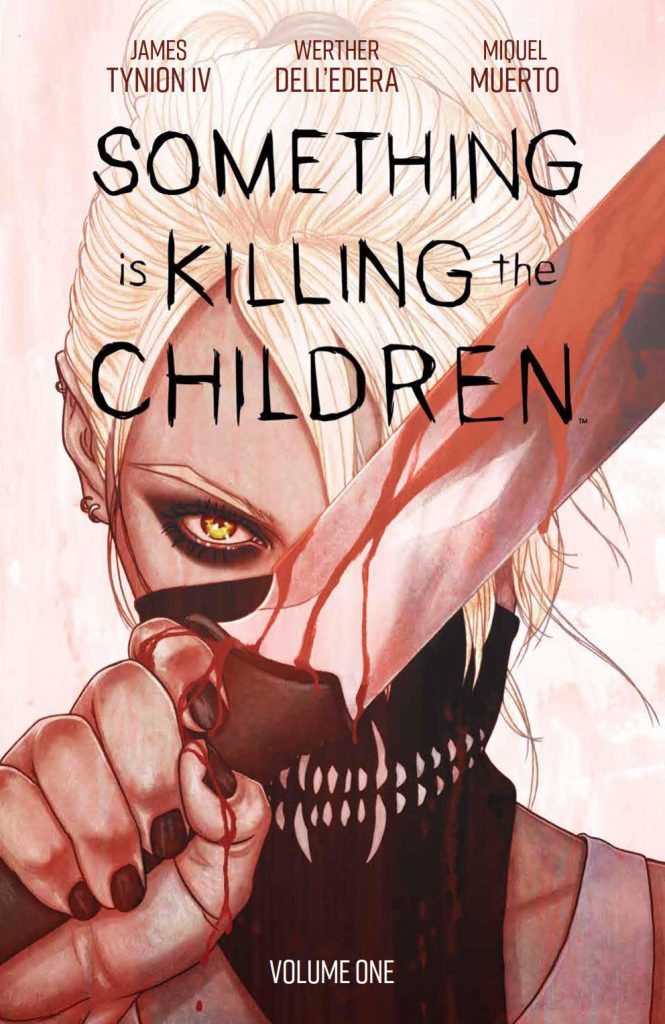 When the small town of Archer’s Peak, Wisconsin, starts having children go missing or die in violent ways at an alarming rate, the unexplained happens. Their only hope is a young woman with big eyes, a mask displaying wicked fangs, and a talent for killing monsters. Welcome to the world of Something is Killing the Children from Boom! Studios.

By James Tynion IV, Werther Dell’Edera, Miquel Muerto, and Andworld Design, the first volume collects the first five issues of what started initially as a mini-series. But once the series caught fire upon release, it was bumped to an ongoing title. Erica Slaughter kills monsters, and she’s damn good too. The blonde with a cold stare heads to Wisconsin after being assigned by her mysterious boss. The story revolves around Slaughter and James, a young boy who saw his friends get slaughtered in the woods by a monster. But monsters aren’t real, right?

Tynion IV crafts a story that feels like it would be right at home in the halls of the best horror stories in written word and cinema. Erica not only has to figure out what is killing these children and how to stop it, but also stop locals from trying to kill her in the process. I was never a fan of Buffy the Vampire Slayer- I think the world needs more of Erica Slaughter and her no-nonsense approach, her seemingly possessed stuffed squid and an arsenal right from the likes of the Home Depot. Do you want a badass monster hunter? Slaughter is my pick for the modern era.

Dell’Edera’s visual are so amazing and striking. The character designs, the mask (s), the facial expressions, and emotions- all captured perfectly. But the fun starts in the fighting scenes, especially the last chapter of this volume. It harkens back to Stephen King’s IT for me, and I loved IT. Slaughter is a one-woman wrecking crew, and we see her skills on full display. But where did she come from? Why does she do what she does? What’s next? Luckily the series continues!

If you are OK with the occasional swear word and gratuitous amounts of blood and violence, then this is my pick for best horror collection for 2020. I am so impressed with Something is Killing the Children and the world it created, I never want it to end.

Want to pick this up? Reach out to Linebreakers in Victorville, CA! Visit them online at www.comicbooksurplus.com!

Nolan P. Smith is the Editor and Co-Founder of Pastrami Nation. Being a reporter for the past ten years, he has worked for a variety of media outlets, from newsprint to the ever-evolving internet. Residing in the High Deserts of California, writing has always been a significant aspect of his life. A reporter, teacher, public relations specialist, and pop culture fanatic, he co-created Pastrami Nation to share his love and passion of pop culture. You can follow him on Facebook, Twitter @nolanpsmith, and Instagram @kakooee.