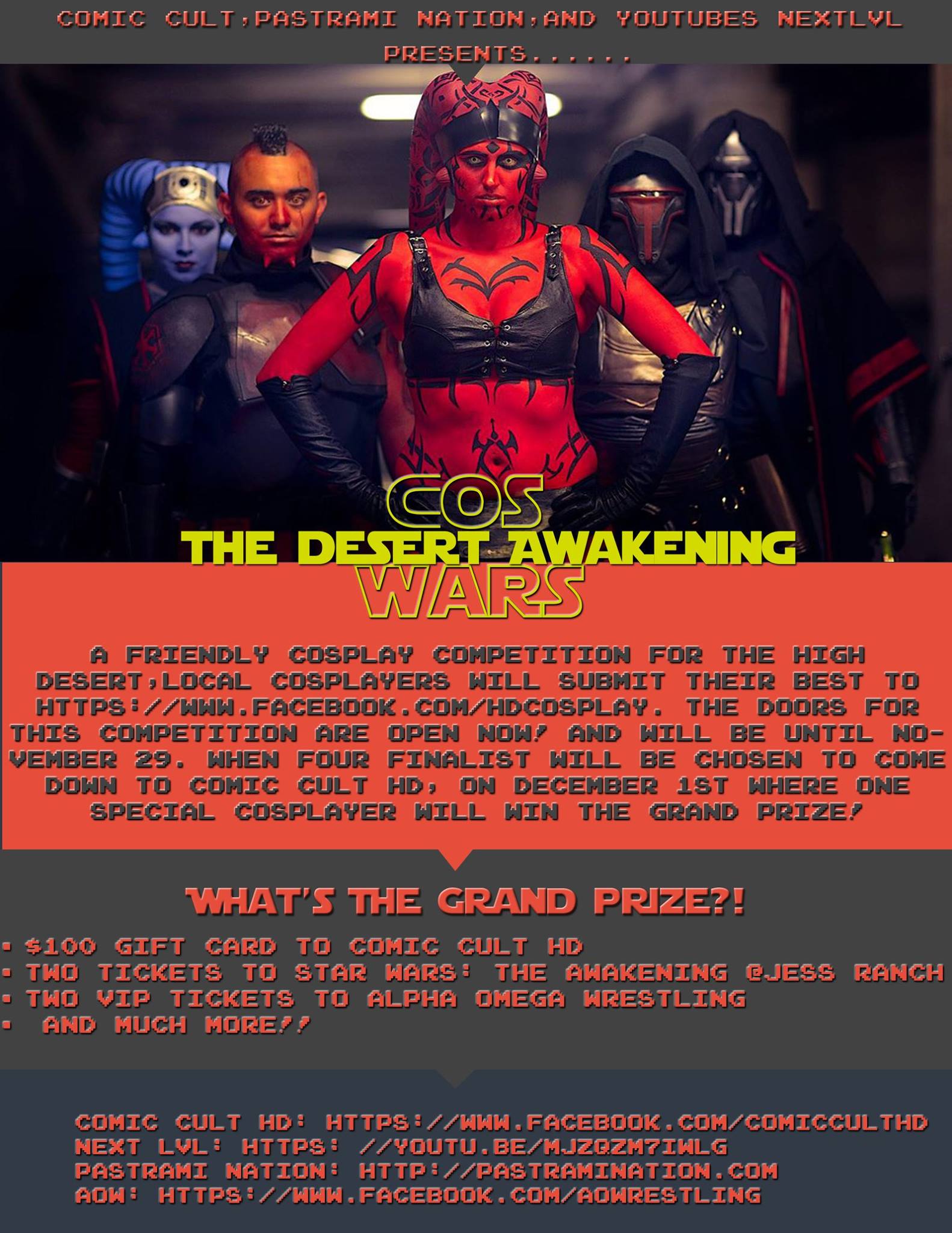 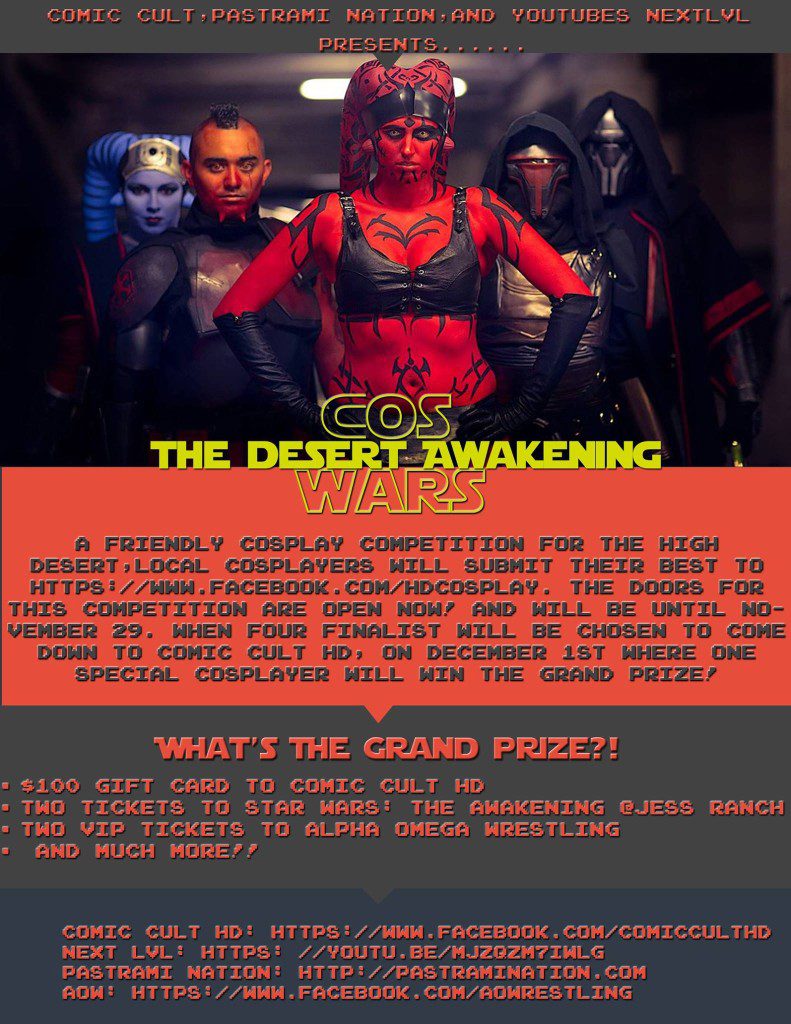 (Victor Valley)– As we draw closer to the release of the latest chapter in the Star Wars franchise, YouTube channel Next Lvl, partnering with other local organizations, brings the High Desert community a cosplay contest that features a grand prize tied to one of the newest local comic book shops as well as to the new Star Wars film.

Partnering with Comic Cult HD in Hesperia as well Pastrami Nation, the cosplay contest is open to all willing to travel to the High Desert. A friendly cosplay completion, entries are being accepted now via Facebook at www.facebook.com/hdcosplay. By posting your cosplay photos to the page, you will be entered to win the grand prize, which includes two tickets to see Star Wars-The Force Awakens, a $100 gift card from Conic Cult HD and more.

“I wanted to bring the joy of cosplay to the High Desert,” said Victorville resident Andre Hardy, founder of Next Lvl. “What better way to spotlight the local cosplay than with the release of the new Star Wars film?”

Entries are being accepted from now until November 29th. On December 1st, the winner will be announced live at Comic Cult HD in Hesperia. For more information, visit the contest’s Facebook page at www.facebook.com/hdcosplay.