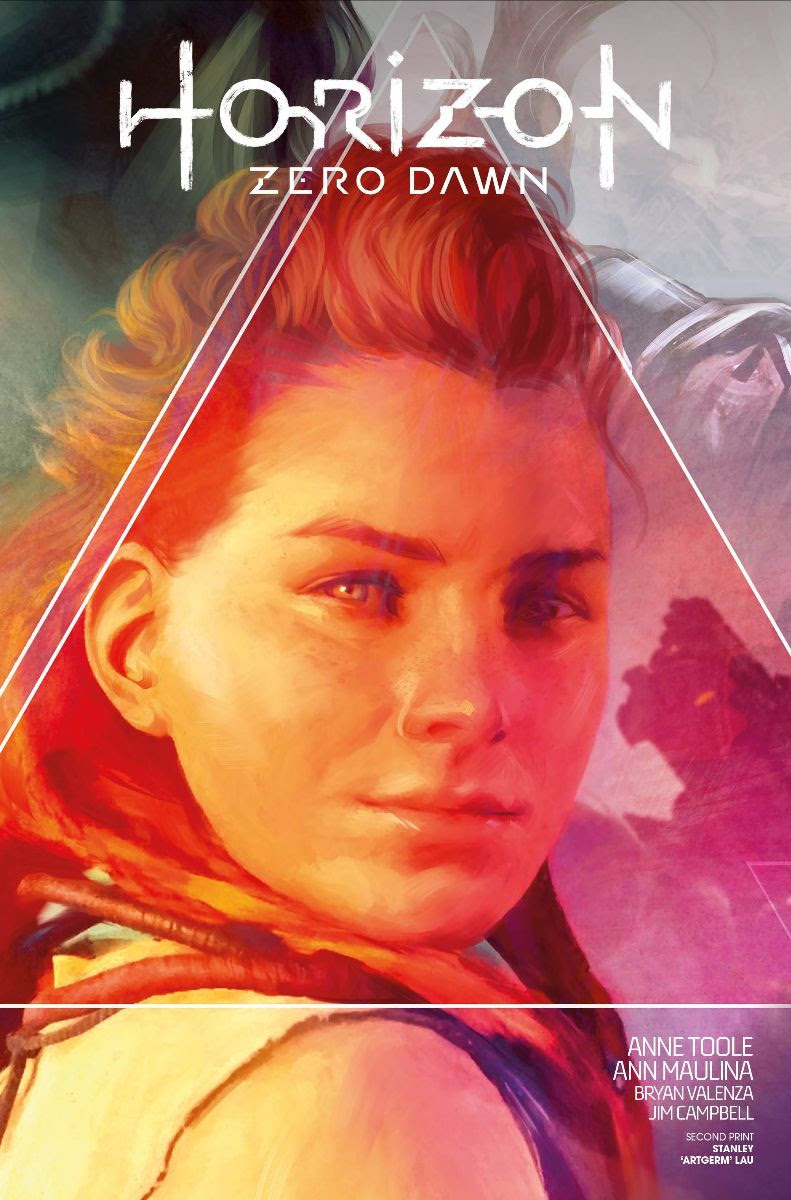 Big things are on the ‘Horizon’ at Titan Comics… their latest comic launch of Horizon Zero Dawn (based on the leading video game from Sony/Guerilla Games) has surpassed 80,000 copies on Issue #1 (on sale August 5).  A second print of #1 with a new cover by Artgerm is still available to order.

Leading the way on Issue 1 were multiple covers by top-selling artists Stanley ‘Artgerm’ Lau and Peach Momoko. This was the biggest release in Titan Comics’ history! Issue 2 (on sale Sep. 2) and Issue 3 (on sale Oct. 7) also saw record numbers. Issue 4 (on sale Nov 4) is on FOC Oct 12 and features a cover by Peach Momoko.

Titan will have also have a pre-holiday release of a Horizon Zero Dawn Graphic Novel (on sale November 24). Titan’s Co-Publishers, Nick Landau and Vivian Cheung, commented “We are thrilled with the success of the Horizon Zero Dawn comic series both creatively and from a sales standpoint. We could not have done it without the tireless efforts of our staff, Sony, Guerilla, and all of our contributors plus the overwhelming support of comic retailers worldwide!”