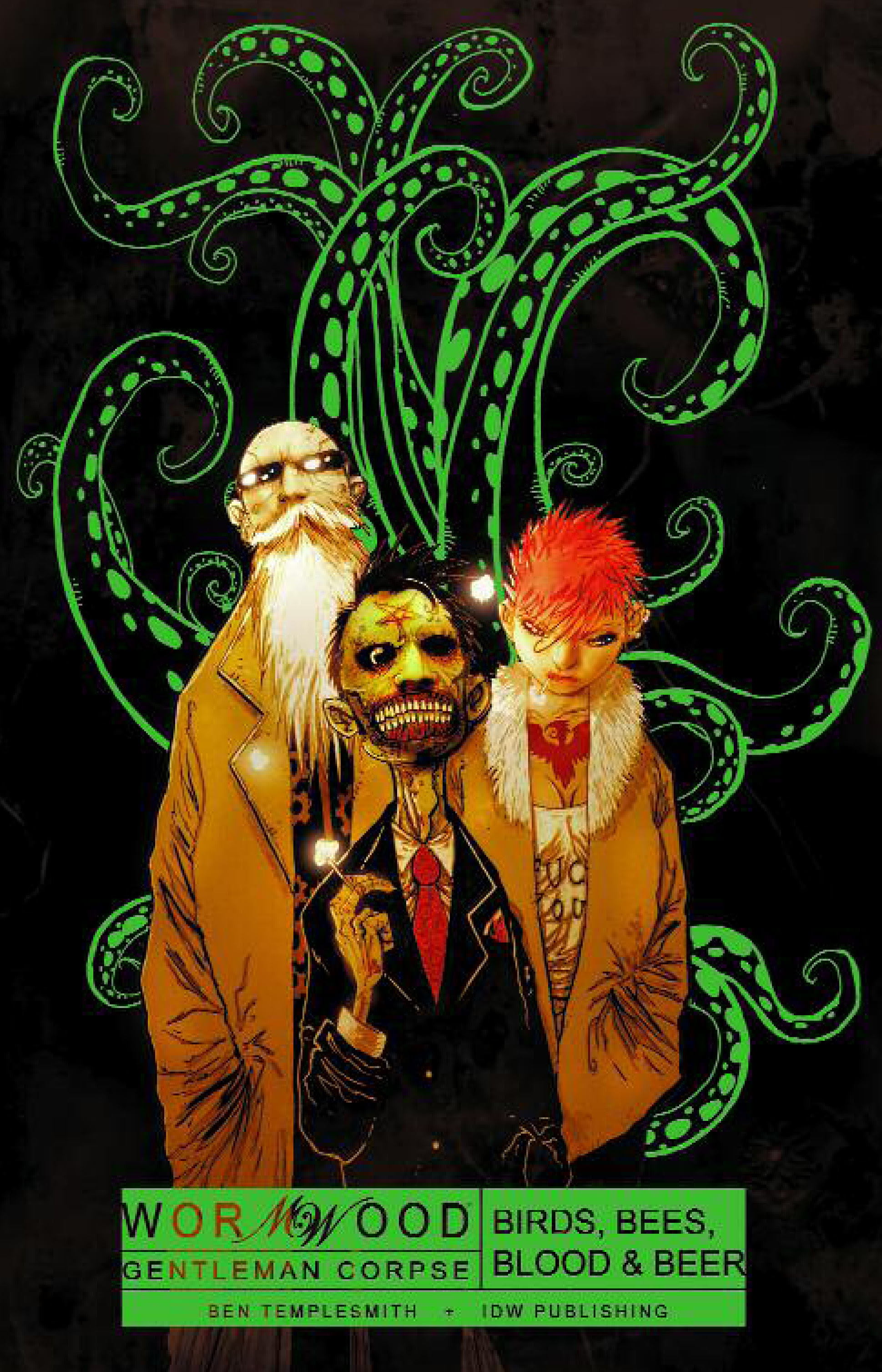 (San Diego) – Recently launched IDW Entertainment, along with George Lopez and his Travieso Production Company, announced today they are developing Wormwood as an animated television series based on the acclaimed IDW comics, created by artist Ben Templesmith.

David M. Stern (Ugly Americans, Simpsons) has been tapped to write the pilot episode and serve as an executive producer on the series.  Circle of Confusion (Walking Dead), will also executive produce. IDW Entertainment will fund development of the series, which will soon be marketed to the networks.

Wormwood follows the paranormal and obscene adventures of an inter-dimensional worm with the ability to animate corpses as host bodies. Wormwood blends horror and humor, crafting a dark tale perfectly suited for the world of animation.

“We have assembled an incredible creative team with David M. Stern, George Lopez and Circle of Confusion, which will help bring Wormwood to life as a fun animated television series” said David Ozer, President of IDW Entertainment.

“George Lopez is a comic genius and Ben’s graphic novels are epic horror comedy. Building this universe is going to be like a dream. Or maybe more like a super fun nightmare” said David M Stern.

“It’s not often I can produce a series about an inter-dimensional worm. I am thrilled to be working with such a great creative team on this clever combination of comedy and horror ” said George Lopez.

Executive producing the series with David M. Stern are Ted Adams and David Ozer from IDW Entertainment, George Lopez and Leslie Kolins Small from Travieso, and David Alpert and Rick Jacobs from Circle of Confusion. Ben Templesmith will serve as creative consultant.

IDW Entertainment launched in November 2013 to fund and develop film and television properties based on IDW’s extensive catalog. The division is currently in development on a slate of properties including Life Undead, with showrunner Paul Zbyszewski (S.H.I.E.L.D., Hawaii Five-O, Lost) attached; Brooklyn Animal Control, based on the darkly thrilling comic from writer/director J.T. Petty (Splinter Cell, Hellbenders); and V Wars. IDW also has several active theatrical projects in development: Lore, at Warner Bros. with Dwayne “The Rock” Johnson set to star; World War Robot, with Jerry Bruckheimer producing at Disney and Jon Spaihts writing the screenplay; and Zombies vs. Robots, at Sony with Platinum Dunes and Circle of Confusion producing.