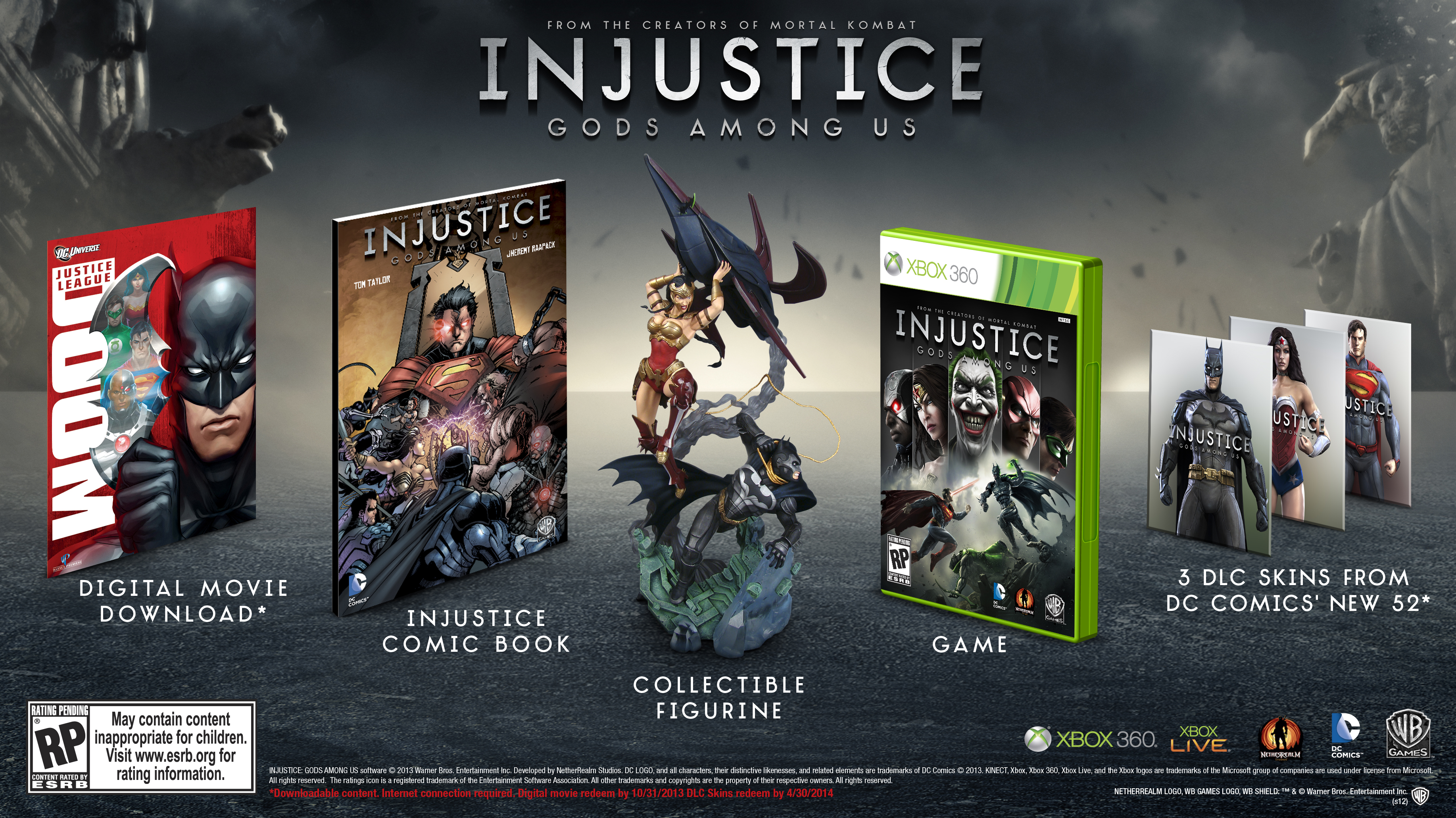 Warner Bros. Interactive and DC Entertainment announced the official release date for the new DC Comic’s fighter today. Injustice Gods Among Us will hit stores April 16th in North America, and will be available on the X-Box 360, PS3 and Wii U systems.

But that’s not all! In addition to the regular edition, there will be two other editions with more for the die hard fan or die hard fighter. The Collector’s Edition will be available on the 360 and PS3 and comes with a comic book, a digital download of the Justice League Doom animated feature film, three skins for New 52 versions of Batman, Superman and Wonder Woman, as well as a statue featuring Batman and Wonder Woman fighting on the Fortress of Solitude.

The Battle edition, which is also for the 360 and PS3, comes with the three skins, but also comes with a fighting game stick, with Injustice art on the controller.

Which will you get? Which is more appealing for you? Personally, I’m going for the Collector’s Edition: that statue looks amazing! 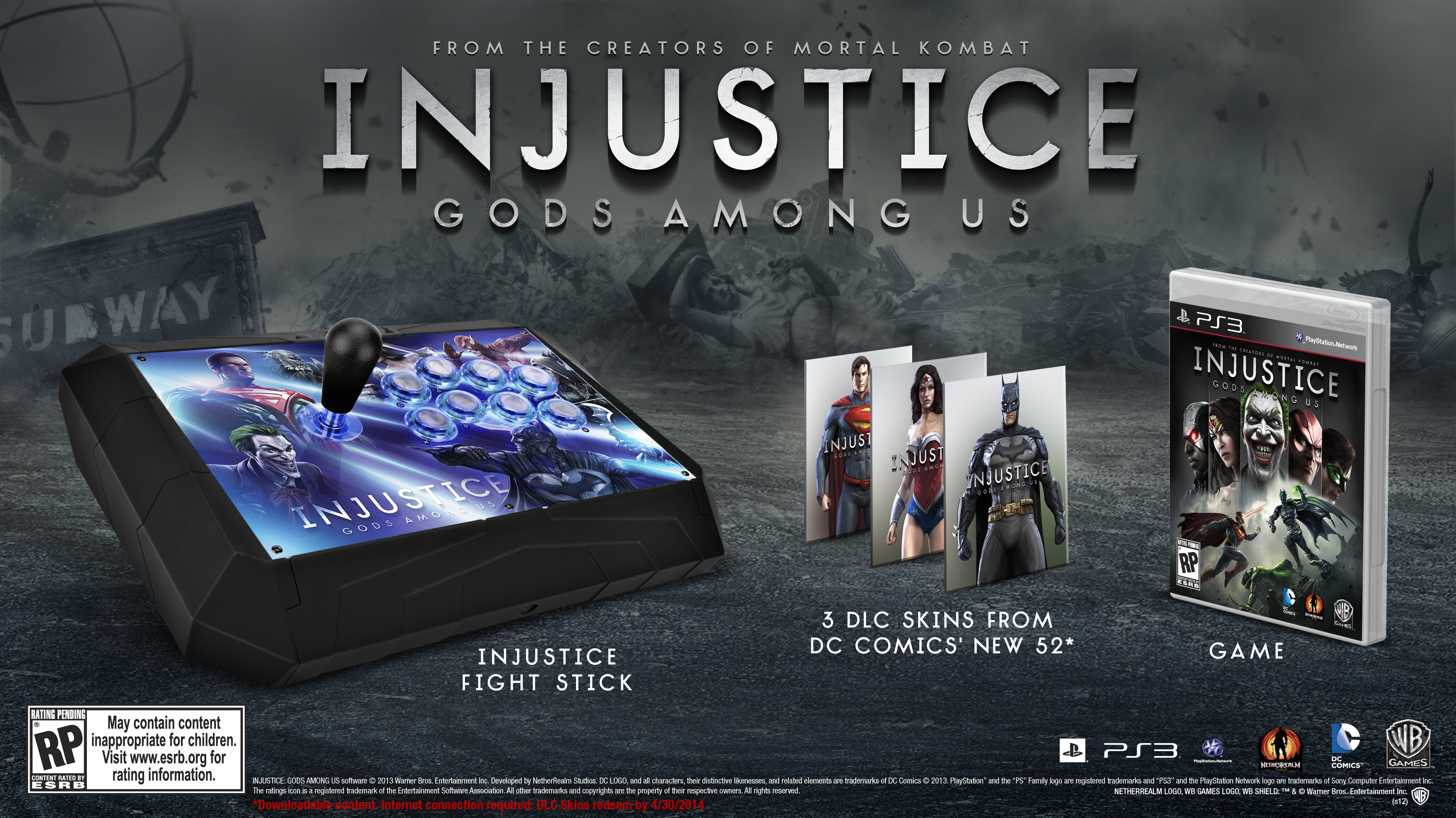