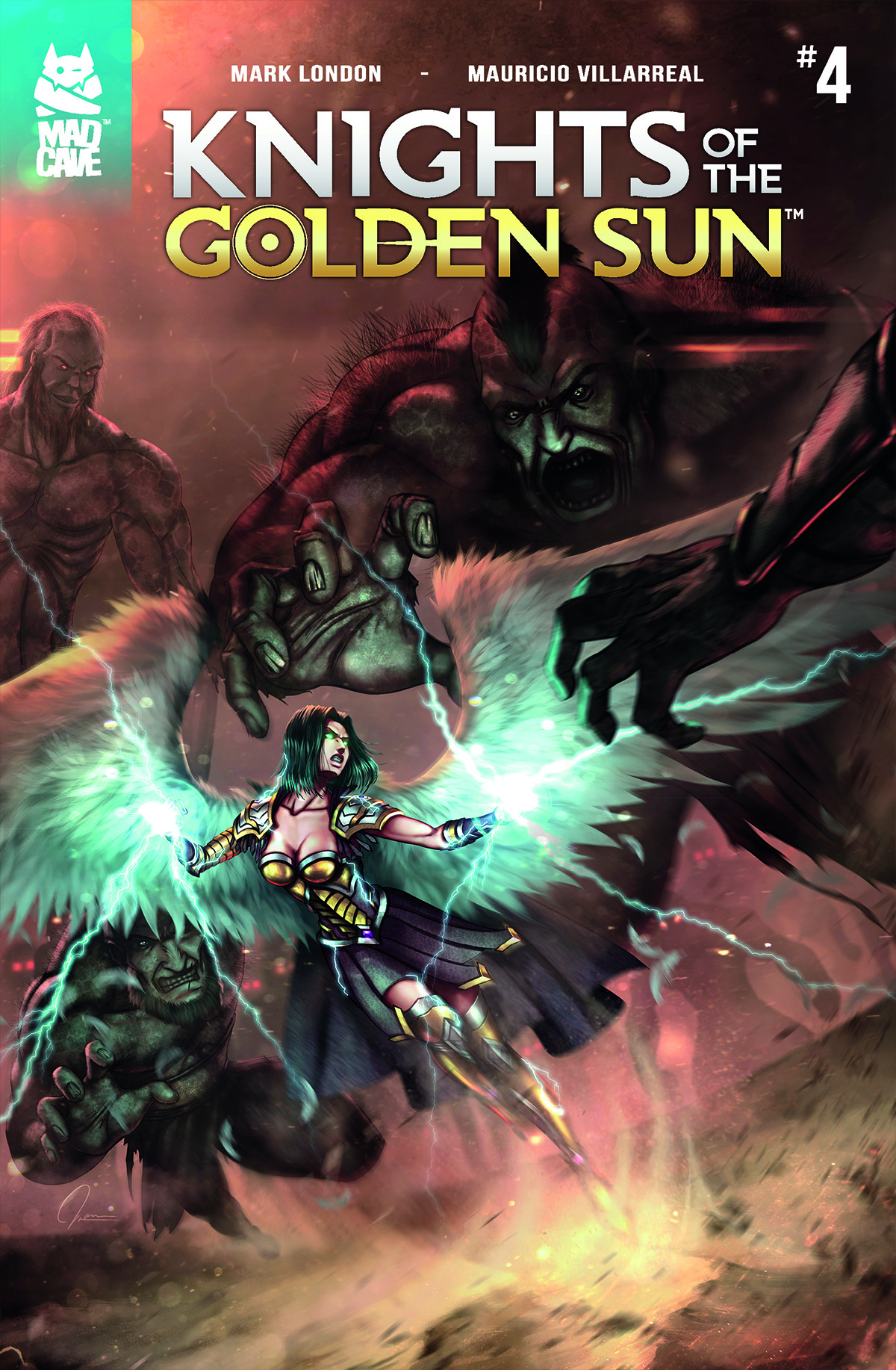 To be honest, I did not know what to expect when I read the first few issues of this series. This is the first Mad Cave Studios title that I have read. I usually review more well-known properties such as Doctor Who and Transformers. I thought I would give this new publisher and new series a try. I have to say; I was impressed with Knights of the Golden Sun! For this review, I checked out issues #1-4, as issue #5 just hit the shelves last week.

Knights of the Golden Sun tells the story of Angels fighting to save the Earth in God’s absence. They battle the fallen angels and humans as they try to find their purpose without the guidance of their mysteriously missing creator. The story is compelling. Several angels take the spotlight as the series progresses. These angels have a much more human face as they encounter fear, doubt, and hopelessness. Writer Mark London makes these angels relatable and exciting. He crafts a dark and complicated story that makes for a surprisingly fun read.

One of the best features of this comic is the artwork. Mauricio Villarreal is simply fantastic! The characters look amazing, the action is easy to follow, and the colors make for stunning visuals throughout the series. This looks and feels like an epic tale, very fitting for a series spotlighting winged warriors of the light, and dark.

Rating: 9.75 out of 10. A visually stunning and entertaining take on angels and the battle between good and evil.