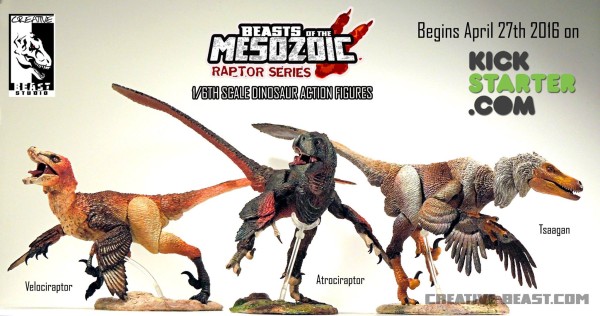 It’s been a while, but I am proud to be able to shine the light down on another exciting project in the crowdfunding community with a new installment of Let’s Kickstart This! This time, we look to the world of action figures as Creative Beast Studios unleashes a line dedicated to the world of dinosaurs- Raptors to be exact.

With this campaign, the studios brings three distinct versions of the raptor to life in 1/6th scale action figure form. Pastrami Nation Co-Founder Jason T. Smith has been following the build up for this campaign since it was first announced, being the mega dinosaur fan he is, and let me say- he was right: this is THE Kickstarter to back. Here’s some information on the project directly from the Kickstarter campaign page:

Beasts of the Mesozoic is a line of scientifically accurate, highly detailed, and articulated dinosaur action figures. Being a serious toy collector myself, I’ve seen great advancements in the toy market the past several years with innovative companies raising the bar of what’s possible with detail, articulation, and value. However, despite my love for dinosaurs and for toys, my dinosaur toy shelf is surprisingly small compared to the other collections I have. Why? Well they simply haven’t changed much at all in the past several decades and honestly aren’t that good compared to other action figures. It just doesn’t seem like you get much for your money. I for one am ready for some good dinosaur toys worthy of my shelf space and my money, aren’t you? 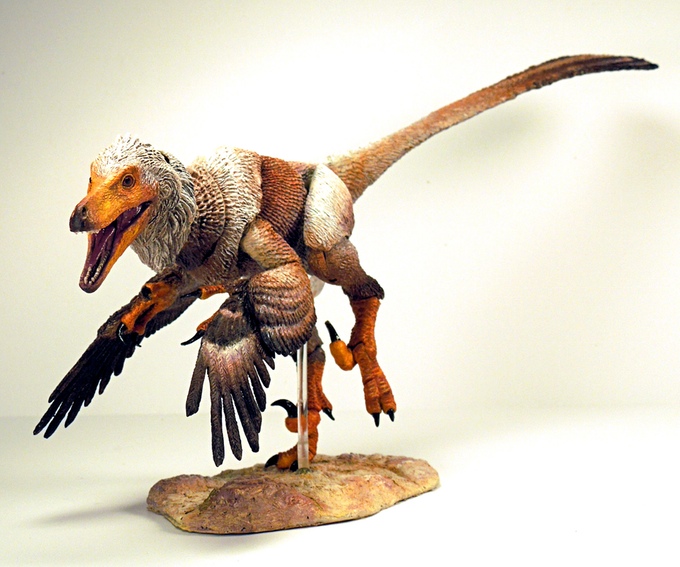 We have never been graced with a wave of highly articulated dinosaur action figures, let alone scientifically accurate ones. Offered in this campaign are three species: Velociraptor, Atrociraptor, and Tsaagan with more to follow as the campaign progresses. (a Kickstarter exclusive figure will be added the second week of the campaign).

So what are you waiting for? Head to https://www.kickstarter.com/projects/992645470/beasts-of-the-mesozoic-raptor-series-action-figure and back this project now so we can reach the stretch goals of even more raptors!!! 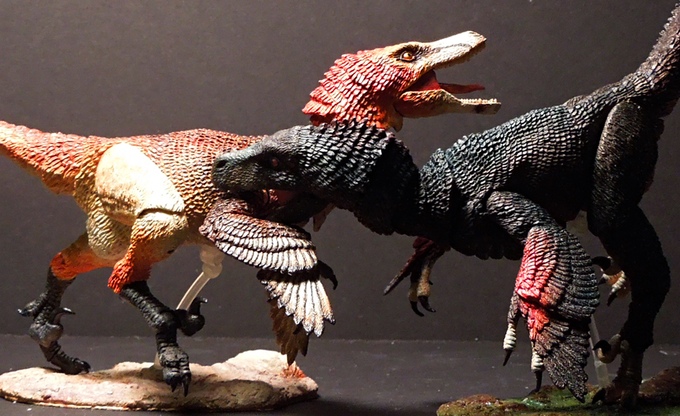