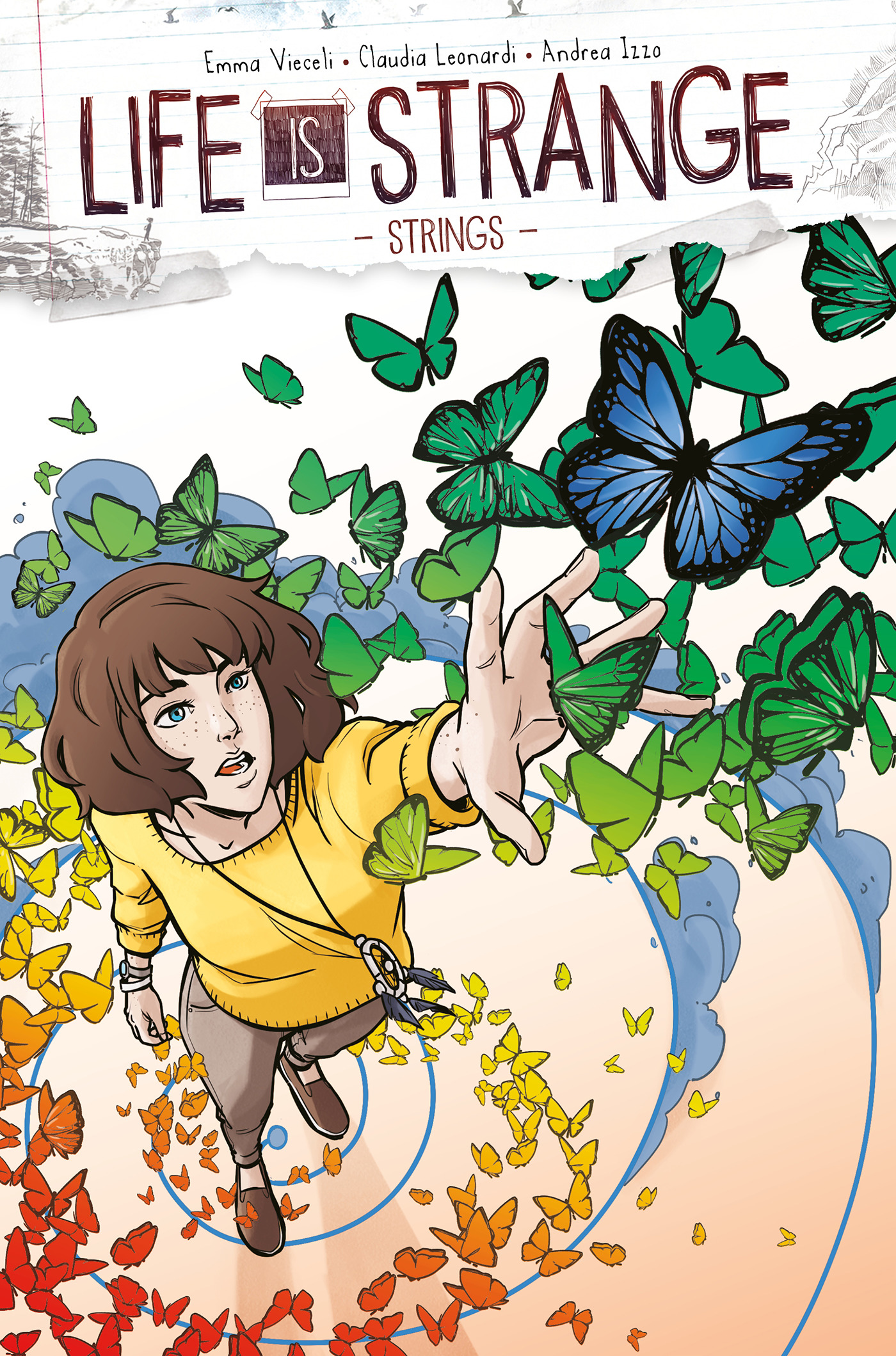 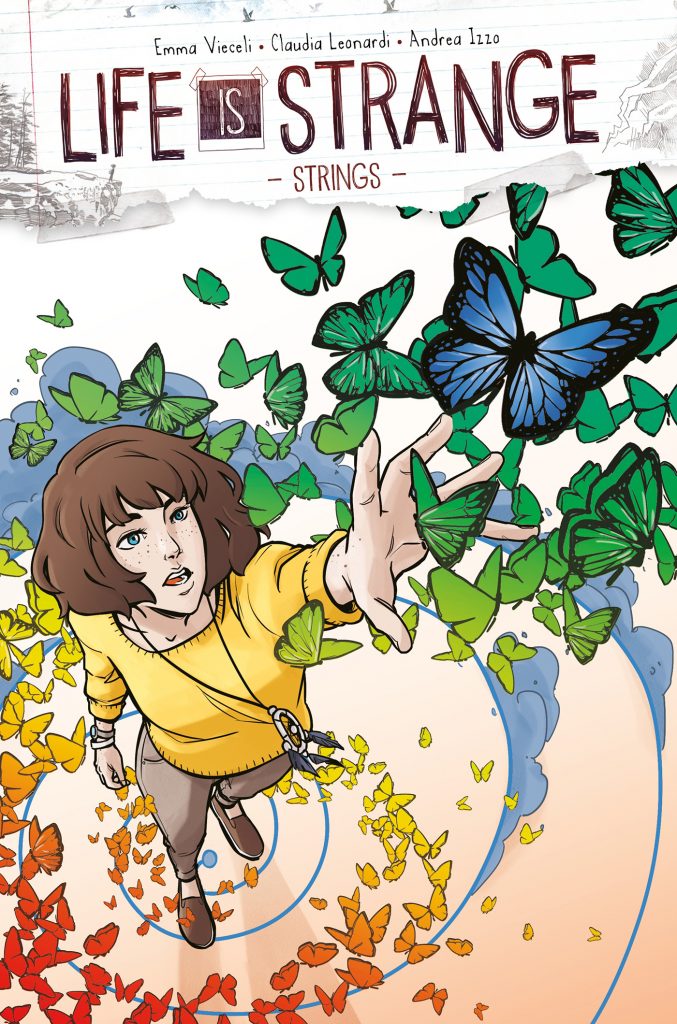 Based on the 2015 episodic video game Life Is Strange, Titan Comic’s “Life is Strange: Strings” is the continuing story of young photography student Max Claufield, who is suddenly gifted with the ability to rewind time. Using her unique gift, she was able to reconnect with her old friend Chloe as well as solve the murder of Chloe’s best friend, Rachel. Her powers came with a price, though, as a hurricane was created that threatened to wipe out the entire town of Arcadia Bay.

Choosing to save Chloe and let the town be destroyed, Max started to be torn apart by her time jumping and had no choice but to jump into a new reality to survive, one where Rachel was still alive.

In this new reality, Rachel is a live streamer, influencer, and an aspiring actress. Her and Chloe are together, and Max is struggling to fit into this new version of her life. Rachel has been offered a part in a touring theatrical production, and Chloe has finally come to terms with it. Having to use her powers of time manipulation, Max saved a mysterious boy named Tristan and one of Rachel’s friends from certain death. After having to be saved by drug dealers, Max has finally decided to come clean and tell Chloe, Rachel, and Tristan everything.

And this is where we pick up with Strings. The book is a collection of three chapters in an ongoing story and is about Max and her journey to get back to her reality. Since using her powers for the first time in this reality, things are starting to fall apart, and Max knows she has to go home. Although this isn’t where she belongs, she struggles with leaving because everyone seems so happy, and everything is in its place.

By its very nature, Life Is Strange is a franchise that is all about choices. In the games, the decisions you make can drastically alter the narrative of the story. “Strings” Writer Emma Vieceli perfectly embodies what the games are about by making this story feel like the choices being made are going to change everything. It’s those tough decisions that make this book so engaging. Max is a character whose life has been affected the most by everything going on, and we get to see her come to terms with that. The stakes are high, and now that everyone knows what their alternate reality is, things are starting to flow over into this one.

While choice is the thing that makes Life Is Strange so intriguing, those choices wouldn’t mean much if we didn’t care about the characters and the story. As someone who has played the game, the connection I feel with Max and Chloe is strong. Even newcomers to the series will enjoy the dynamic between the friends; they are authentic, and you probably know people like them in your life. While there is an overarching plot, the story is at its most interesting when everybody is just hanging out, and you get a glimpse into their lives. Sure, the sci-fi time travel stuff is cool, but I enjoy hanging out with them, and you will too.

The artwork by Claudia Leonardi and Andrea Izzo is a natural progression for the series into this medium. The character designs are great, and the colors really pop off of the page. They didn’t skip a beat when creating this world for the comics, and that is a pleasure to see.

This volume in the ongoing Life Is Strange comic series is an enjoyable read. There is plenty of stuff to catch up on, but a prologue at the beginning will ease readers in. “Strings” is smart, the dialogue is sharp, and at the center are some of the most likable characters ever written. Definitely give it a go, especially if you are a fan of the games.