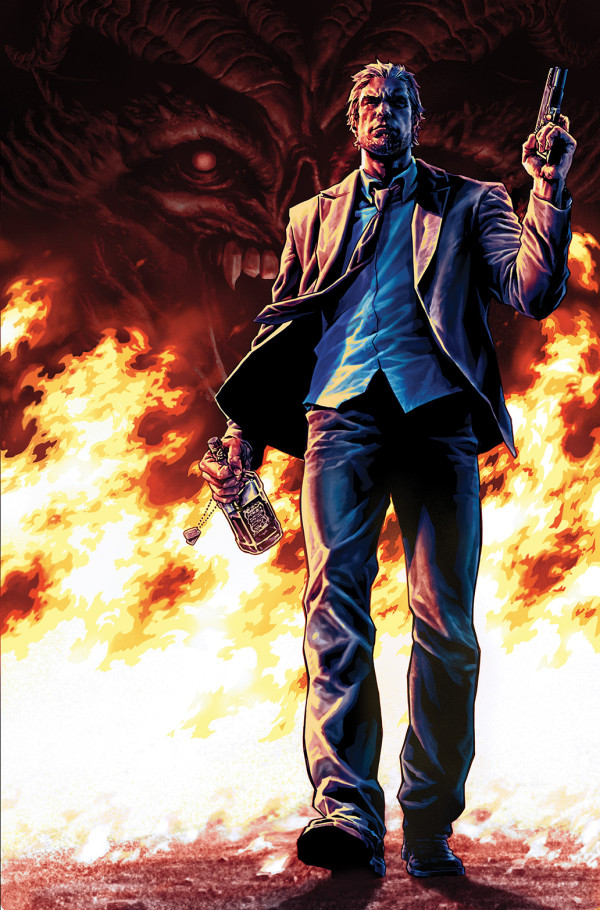 This week’s comic book review for me came in the form of Kurt Sutter’s Lucas Stand from Boom Studios. This series comes from the mind of Kurt Sutter, from a little TV show known as Sons of Anarchy.  As we first meet the main character Lucas, we see him battling his own demons, as he came home from the war and suffers from PTSD.  As he struggles with his inner demons, and the story unfolds, he learns there is more to this reality than everyone sees, which puts him in direct conflict with the powers above as well as below.

As a man haunted by his past he must decide which side he will fight for, whether it be the mysterious, Gadrel, or the host of demons, that beckon him for unknown reasons.  There is a nice twist at the end, which will have readers, especially me, coming back to pick up the rest of the series to see where the journey of Lucas Stand takes him.

The authors, Kurt Sutter and co-writer Caitlin Kittridge, writer of the Iron Codex series, weave a great piece of dark fantasy and redemption. The artwork by Jesus Hervas, who has done everything from the Sons of Anarchy comic book to Hellraiser comic, is crisp and clean and is inspired by the dichotomy of good vs. evil.  This is a series to watch!