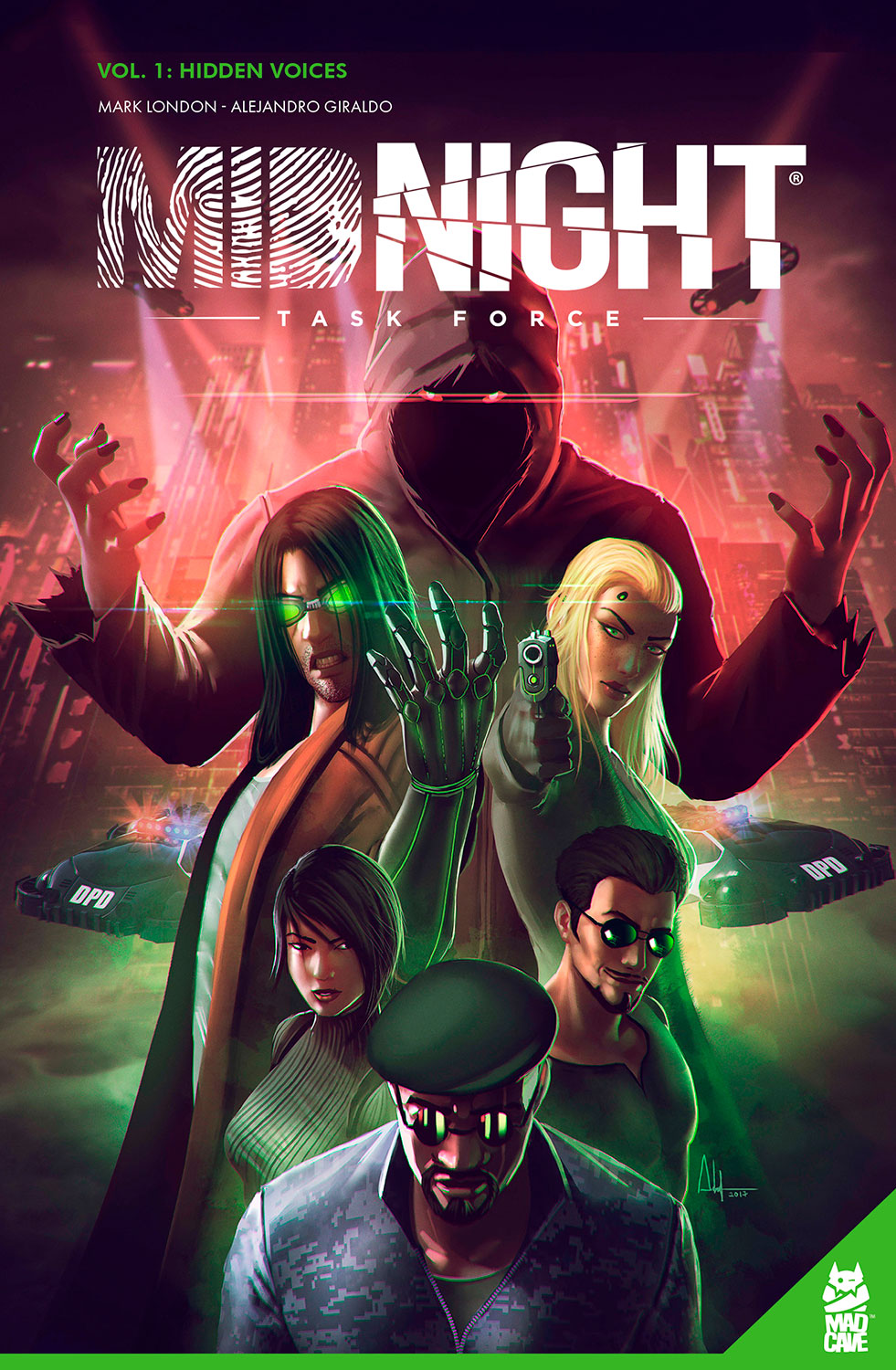 Do you ever hear voices in your head? Imagine if those very same voices were responsible for your “success” in life? Aiden McCormick, an ex-marine, is a hotshot Detroit detective in 2055. And he has a little secret, three vials in his coat pocket. All that remains of his fallen comrades from a tragic mission gone wrong. While taking his friends and one of his limbs, this catastrophe is what led to his drive to protect the people of Detroit. And with those vials, his friends could always speak to him and help solve the case. Welcome to the Midnight Task Force from Mad Cave Studios.

Now McCormick faces his toughest case, a gruesome serial killer. Who is tearing victims in half, gouging their eyes, and then etching a triangle into all his victims? With no witnesses, and no evidence left behind, McCormick is having a hard time catching a break on this. Even with the unknown help of his friends. And in this deeply corrupt Detroit, all the blame seems to be unfairly put on Aiden. The murders just continue, so he is faced to call on his estranged apprentice and her Midnight Task Force to help finish this job. And as they try and crunch the numbers, the murderer(s) attack the police station. Emerge these three possessed creatures. As you’d expect, these demonic beings put up a pretty good fight. The task force takes care of a couple. But an older McCormick gets knocked down, drops his vials, and as the comic ends, we see them destroyed.

Mark London did a great job setting this story up for an even more exciting Vol. 2! How will the detective solve this case and others without his friends? The artist Alejandro Giraldo did a magnificent job as well, the colors of the dark Detroit nights set the mood for this eerie story. And between each chapter, there was a full page of artwork that was a real treat. I’m very much looking forward to volume 2. I highly recommend Midnight Task Force Vol. 1!