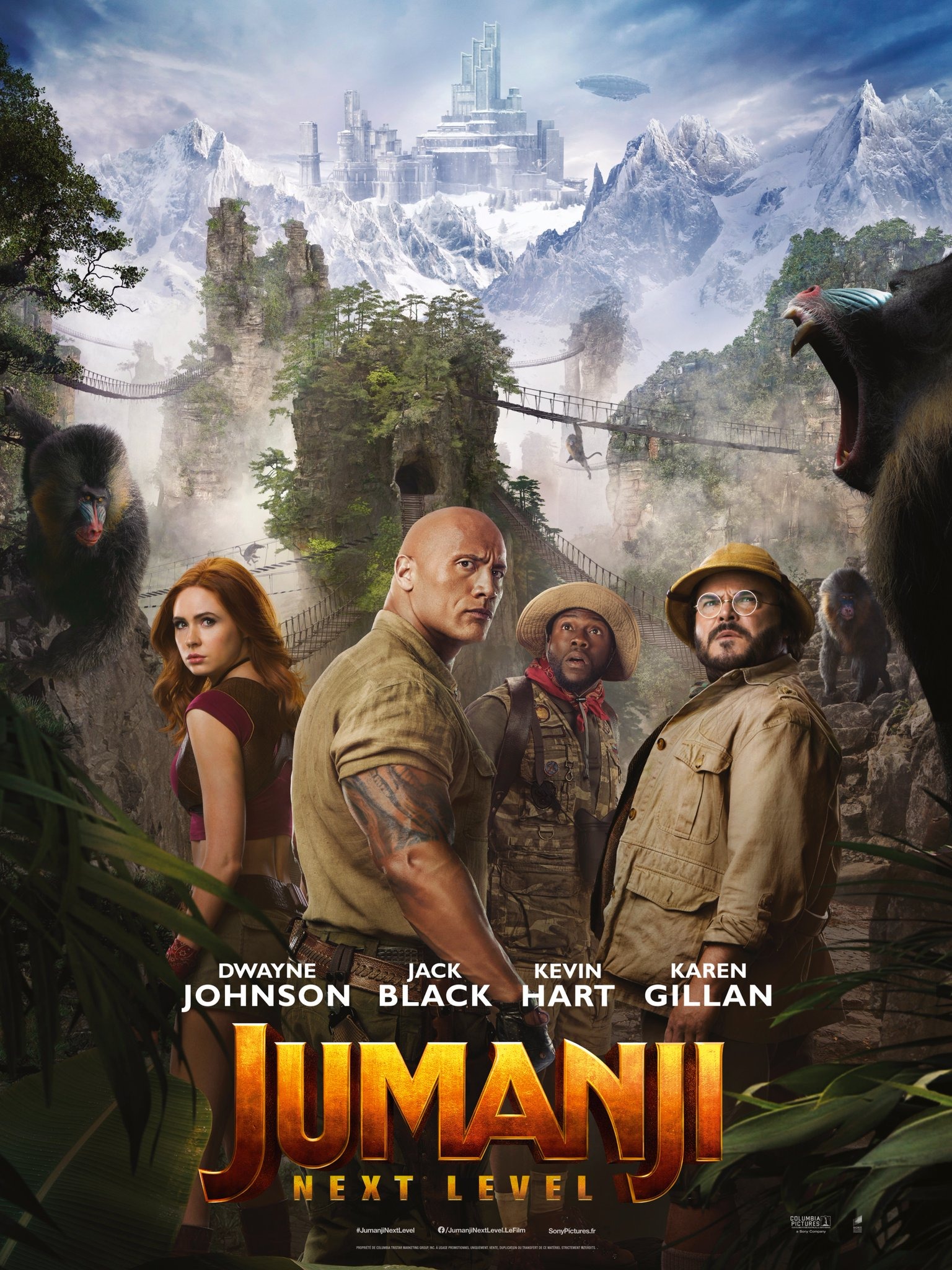 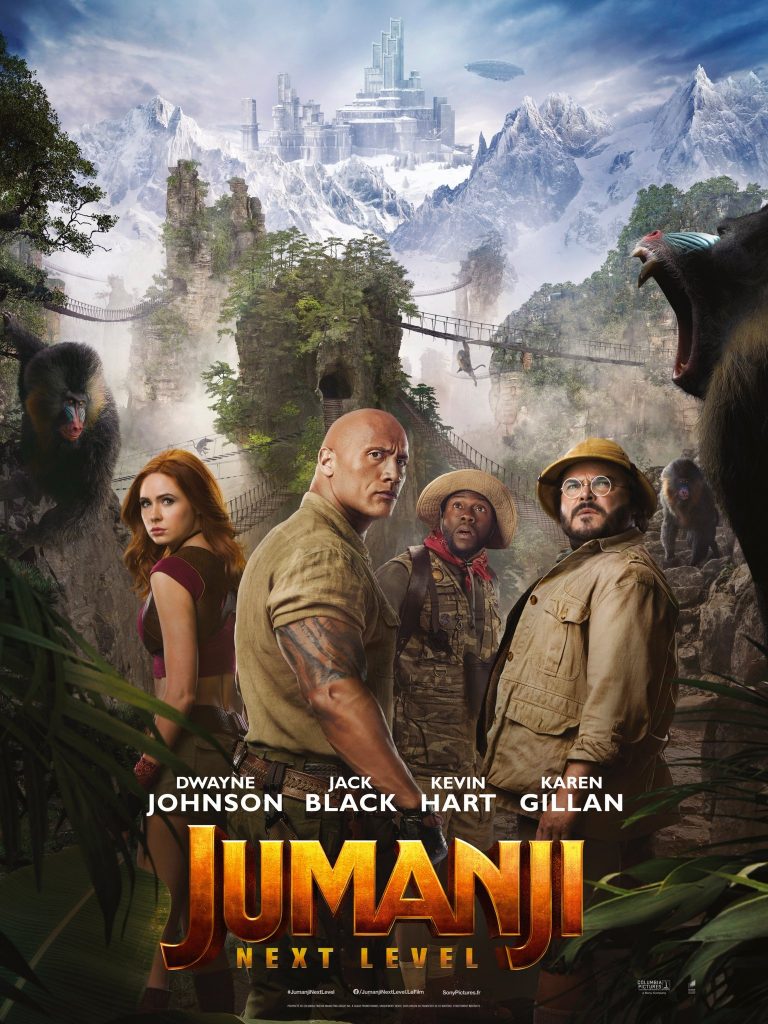 While it’s an entertaining film, the latest in the Jumanji franchise never fires on all cylinders. It’s a film that balances the awe of the world with a mediocre plot and overblown set-pieces. It chooses spectacle over story, which is a shame because the cast is incredible, and the previous film was a welcome surprise.

Jumanji: The Next Level picks up a few years after the events of the last film. Spencer, Anthony “Fridge,” Martha and Bethany are now living different lives. The four of them plan a reunion lunch, but Spencer isn’t sure about meeting his old friends in his current mental state. Suffering from depression, he longs for the world of Jumanji, where he felt like he had a purpose. He decides to step into the game once again.

After Spencer goes missing, the friends realize where he is, and must reluctantly step back into the place that brought them together in the first place. Things are different this time around, though, as the avatars they previously inhabited have been switched around. And to complicate matters, Spencer’s grandpa Eddie and his business partner Milo are along for the ride. To survive the game this time, they must find Spencer and once again bring order to the world of Jumanji.

This movie is a hit or miss affair. It continuously promises something more, but often fails to deliver. The big action set pieces are well done, but it almost feels like an afterthought to the movie itself. When the story gets moving a bit, an action sequence awkwardly pushes its way through to try and keep you entertained. I understand the film is supposed to be structured like a video game. Still, even the best games nowadays are more reliant on story than anything else, with action generously sprinkled throughout. And even when the action does kick in, they are nothing more than CGI heavy set pieces that have no real sense of danger. There doesn’t seem to be any stakes in the world of Jumanji or at least ones that we care about. From the very beginning of the film, you know it’s all going to be ok.

Most people will come for the action or adventure, but it’s really the performances and chemistry that are the main reasons to watch this movie. Dwayne Johnson is one of the most charismatic actors in Hollywood, and he brings all that charm and his pure talent to this film. Spencer’s grandfather Eddie, played by Danny DeVito, gets sucked into the avatar played by Johnson, and it’s one of the film’s highlights. Kevin Hart’s avatar becomes inhabited by Milo, played by Danny Glover in the real world. The bickering between Johnson and Hart as they are imitating these great actors is hilarious and incredibly accurate. The four main avatars played by Karen Gillan, Jack Black, Johnson, and Hart all work so well together; they are entertaining to watch as a team. As a newcomer to the group, Awkwafina fits right into the fold, and she is fantastic.

I guess expectations can be a bad thing sometimes. The last film brought along with it a promise that whatever came next would be just as good. Jumanji: The Next Level isn’t a bad film, it’s just ok. With some people having a lot more time on their hands currently, it’s not a horrible way to kill two hours. If you are looking for a good family film, it’s worth a watch.